Skip to content
Climbing Mount Kilimanjaro: A Courageous Story of Not Giving Up

Climbing Mount Kilimanjaro: A Courageous Story of Not Giving Up 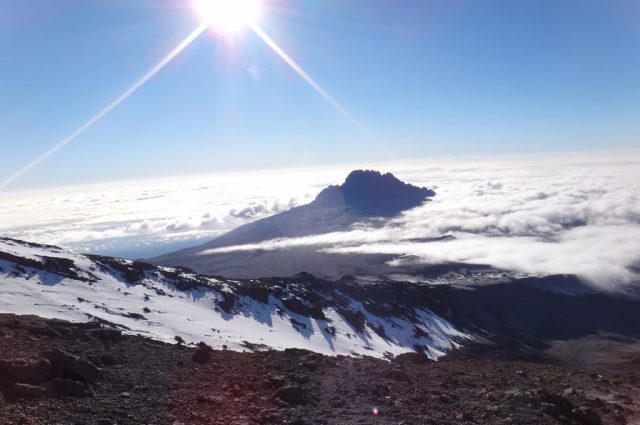 Never give up, even if the journey seems impossible at times.

Mount Kilimanjaro is on countless bucket lists and success stories of reaching the summit, Uhuru Peak, are glossed across websites and newspapers alike. However, with no official unified set of statistics of how many people have summited Mount Kilimanjaro, it is debatable whether or not as many reach the top as assumed.

32 university students, including myself, from the universities of Keele, Royal Holloway, Westminster and Goldsmiths, climbed Mount Kilimanjaro this summer for the charity, Dig Deep. They are a relatively small charity, who entice students with overseas challenges in Africa to raise funds for their projects in Kenya. Their projects are aimed at providing water and sanitation training. However, the trek up Mount Kilimanjaro is not an easy journey. 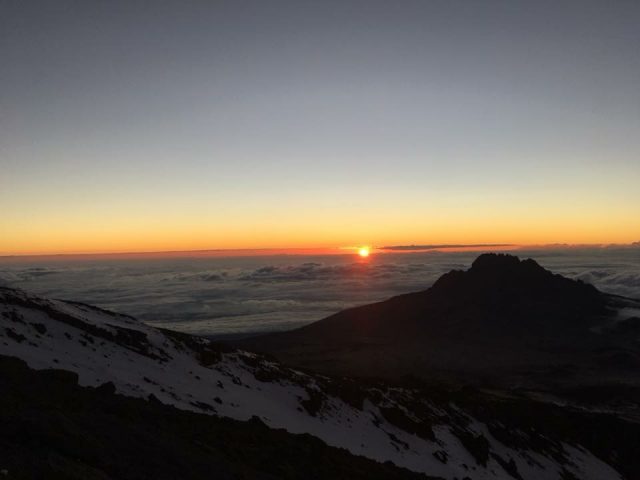 What Is The Truth About Climbing Kilimanjaro?

I strongly believe that the truth about climbing Mount Kilimanjaro is not disclosed often enough, and I want to share my experience to highlight the dangers, but also the character-building element of the trip. The main message that I hope flows through the article is that trying your best will always be enough. It is okay to not succeed on your first attempt at your dream, but sometimes it is also okay to accept defeat as long as you come back and try again.

“It doesn’t matter how slowly you go, so long as you do not stop… the journey to the top is always going to have moments where it sucks, [but] these moments will make everything else worth the struggle.”

A Tough Trip of Mixed Emotions

“The climb might be tough and challenging, but the view is worth it. There is a purpose for that pain; you just can't always see it right away.”
- Victoria Arlen (Former American Paralympian swimmer)

Our group completed the climb via the 6-day Machame route, which took a toll on everyone. The first two days on the mountain were difficult, but bearable due to the omission of the allusive altitude. Day three was considerably harder, with the effects of altitude leading to headaches, vomiting, shortage of breath and diarrhoea amongst the group taking their toll. The fourth and final day began at 12 pm, where we all walked 'pole pole' (slowly slowly) with head torches to reach Stella Point before sunrise. Stella Point is the final stop before the summit of Mt Kilimanjaro, Uhuru Peak, and is marked via a sign that designates the point. It is also the start of the walk around the crater to the peak.

After 8 hours of walking, the beautiful sunrise shone brightly. However, it was not enough to mask the effects of hardly any sleep, food and oxygen from the altitude. Upon reaching Stella Point, Uhuru Peak was in sight. However, I was instructed by my porters and guide to descend after Stella Point due to being on the verge of delirium. The climb also affected my mental health very badly, resulting in me crying constantly and losing the determination that got me through the challenge in the first place. As soon as I gained enough oxygen, I cried again after realising that I was capable of reaching the summit and that having strong mental health is essential.

Despite not reaching Uhuru Peak, I reached Stella Point, which is arguably the hardest part of the mountain to reach. Additionally, I got an official certificate of recognition for reaching this point. As well as this, I made some great friends, saw some of the most spectacular views, overcame my fear of falling and fundraised for a good cause. These are the things I will cherish forever...

“There's no glory in climbing a mountain if all you want to do is to get to the top. It's experiencing the climb itself - in all its moments of revelation, heartbreak, and fatigue - that has to be the goal.”
- Karyn Kusama, Independent Film Director 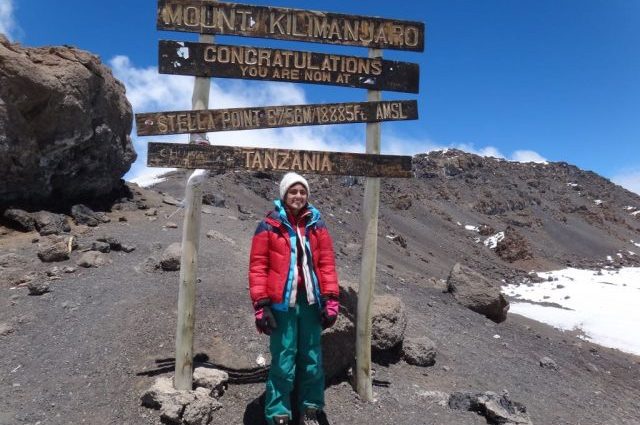 Preparation And Persistence Are The Keys To Your Dreams

When I returned home, I sought solace in stories of those who also failed to summit. What really captured my attention was the journey of Michelle Melvin, a woman who summited Mt Kilimanjaro after her second attempt. A lot of her story was déjà vu, primarily the fact that she also climbed via the six-day Machame route.

Miss Melvin stated that “the guide had no first aid kit, no oxygen and was no real support. I felt on my own… I was dizzy and I was vomiting most of the way.”

Due to all of these factors, she failed to reach Uhuru Peak and was “frustrated that [she] didn’t get close to [her] goal.” However, instead of accepting defeat, she attempted Mt Kilimanjaro the following year. In contrast with her first time, she described the experience with great fondness:

“We had more guides, with safety equipment and oxygen… the tents, equipment and whole set up was amazing.” Miss Melvin’s determination did not go unnoticed, and she made it to the top. She cites the “training and acclimatization” as her main vices.

What I Have Taken Away From The Trip 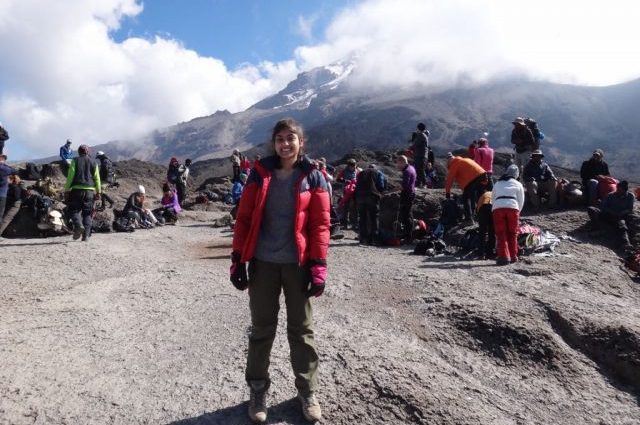 Miss Melvin’s inspirational story has shown me that only you have the power to determine your achievements. She has also highlighted to me how special the whole Mt Kilimanjaro experience was, and how fortunate I was to have been able to attempt it in the first place. I also cannot ignore the positives from the trip. I met some of the most inspiring and positive people and got to experience the beauty of one of the most breathtaking natural wonders of the world.

My disappointment on Mt Kilimanjaro will not deter me from taking on mammoth challenges in the future. Instead, I vow to take on a new challenge every year. Perhaps taking on the largest freestanding mountain in the world as my first mountain was a big risk, but it was a risk I was glad I took.

I would have never had such an incredible summer full of new experiences without that risk, and I implore others to go out of their comfort zone every now and then. You end up finding that you are capable of so much more than you ever thought and even though there is a chance you may not succeed, you will be lauded for having the courage to try in the first place.

Furthermore, due to how the mountain affected me, I aim to fundraise for mental health charities and support those suffering from mental health problems in the upcoming year. The biggest piece of advice I would give to those wishing to embark on climbing Mt Kilimanjaro is to try your best to stay hydrated, eat and get enough sleep, but to also know your limits.

As the Kiwi mountaineer Edmund Hillary quoted:
“It is not the mountain we conquer, but ourselves,” and I conquered many fears, all whilst learning remarkable things are possible with a little courage. 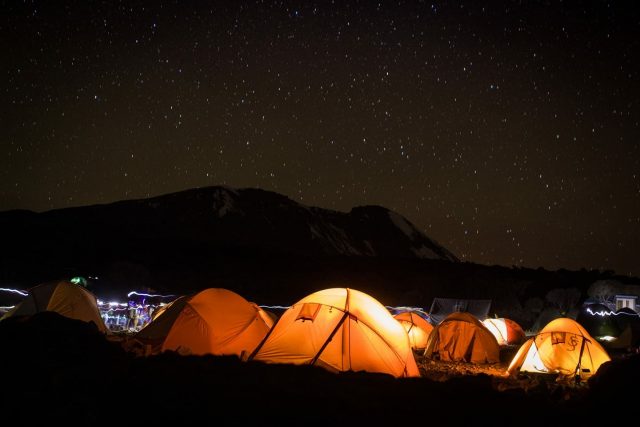 Similarly, to read about Victoria Arlen's story, please click on this link!

About the Author: Danielle Desouza

I decided to become a volunteer writer for the Legends Report, as I was completely enamoured with the project. The Legends Report aims to inspire others and encourages people to give back to society, as well as striving for your goals. I would like to embark on a career in journalism in the future, and am particularly passionate about everyday heroes and seeking the truth from everyday news articles. It is easy for people to become disconnected with the news, as it is so often dry facts, and in some instances, fabricated facts. I wanted to be a part of the Legend Report’s approach of finding morals from the news, and acting upon that.