Following our prior stories on models who have exposed the day-to-day reality of their lives, another model, Stina Sanders has gone a step further. She has opened up to the Independent about the psychotherapy she has undertaken to help her with the anxiety she suffers from and how social media encourages people to be "fake":

“I know how fake social media is and how a simple photo can portray someone in a completely different light. Unfortunately having the model stigma attached to me hasn’t been easy, so I wanted to reveal what life really is behind the mask. My life isn’t as pretty as it seems - I suffer from anxiety and have a disabled sibling. No one’s life is perfect.”

By being vulnerable and honest about how challenging it has been to keep up her facade, Stina has opened the door for other people to know they aren’t alone and that they don’t have to suffer in silence. How many of us have found ourselves pretending to be someone we are not at times? Honesty is a trait common to the most successful legends - you’ll find that they are often most honest with themselves and others. Check out our article with the poem "Don't Be Fooled By The Mask I Wear" for more on this... 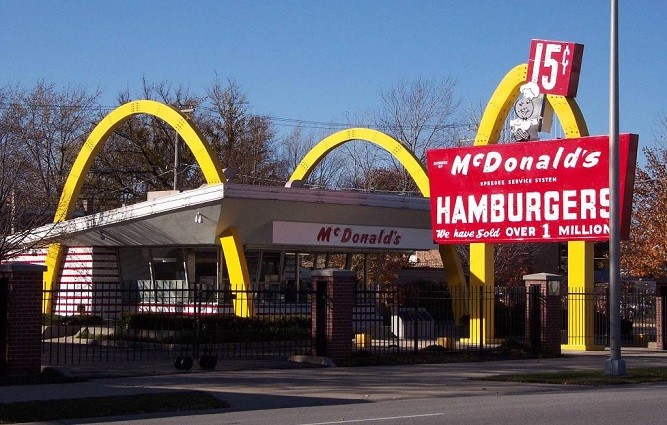 In this heartwarming story, a McDonalds restaurant in the UK town of Workington threw a surprise party for 93-year-old, Harry Scott, a customer who eats there every day to help with the loneliness he felt after his wife died. When Mr Scott arrived for a meal on his birthday he found the restaurant filled with balloons and banners. His meal was on the house and staff had even bought him whiskey and shortbread!

It’s a great example of McDonalds showing the care of a local family restaurant and highlights how a large company through taking a genuine interest in their customers can generate positivity in their community. Legends know that when they show they care - a fundamental principle in building any relationship, it has longer-term benefits for everyone because of the trust created. Click here for more...

Sepp Blatter Reveals Near Death Experience Due to Stress

Sepp Blatter the disgraced President of FIFA has spoken about how close he was to dying after a recent health scare following the stresses of his suspension from FIFA over allegations of corruption.

While we wish him the very best of health in his recovery, this situation provides a powerful example of the negative consequences that can occur when we break ourselves against the fundamental principle of honesty in our lives. While nothing is proven one way or the other at the moment, the reputation of FIFA has been tarnished as a result of the media furore that has been created over many years of such allegations - ultimately when we behave in deceitful ways in our lives, the truth will always come out. Click here for more from the BBC.