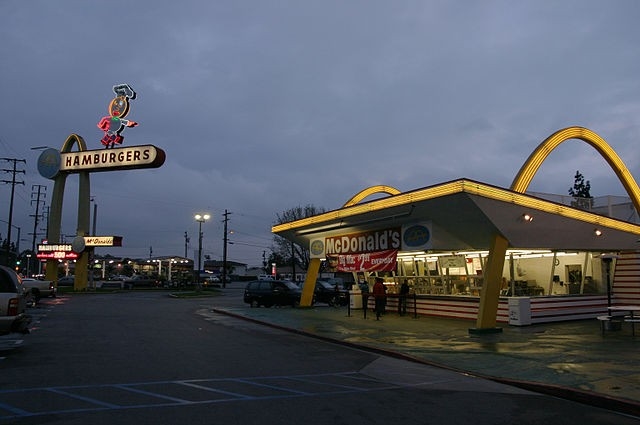 
“You can take my factories, burn up my buildings, but give me my people and I'll build the business right back again."

McDonalds Corporation has served hundreds of millions of people all over the world, serving 68 million customers per day through 400,000 members of staff and has been voted one of the top 50 best UK workplaces by the Sunday Times and Great Place To Work Institute.

How is this possible? There have been many articles written about the success of McDonald's global expansion plan and franchise model, even to the point where many people have said that it is ‘easy’ and simple to replicate...Yet many have tried and failed in replicating the success that McDonalds is today.

It really begs the question - What did this legendary business do differently? Former CEO Fred Turner who, according to McDonald’s founder Ray Kroc, was a “born leader”, took the organisation through a massive global expansion program with the company having 31,500 locations at the point of his retirement. He passed away at the age of 80 in 2013.

Where Turner was different was that he made people & their development the most valuable resource of the organisation and acted on this. For example, in true leadership fashion, Turner founded the first Hamburger University in the basement of one of his branches in 1961. After the successful development of the first 15 people on the program he expanded and a further 80,000 employees and staff members went through it - developing the organisation's leaders became the very core of the company and it truly put people at the heart of its business. These Hamburger University ‘graduates’ went on to lead the global expansion of the company and replicate its success across the country and the world.

McDonald’s offers training and development to anyone including teenagers, single mothers and many under-privileged people who get the opportunity to work hard and earn the right to receive development within the company through having the right attitude and work-ethic.

Whatever you may have heard about McDonalds, as a former employee of the company for 4 years I can say that the work-ethic of the organisation and the staff’s ability to ‘muck in’ and work together was the single biggest qualifier and differentiator to those who went on to become successful in the organisation.

I remember, in my experience, that there were many organisations that offered more pay for work that was easier to do, but the team at McDonald’s worked together, developed each other and stayed focused - showing the fruits of Turner’s ethos that developing people was at the core of developing a business.

In this video we see Fred Turner’s passion for education being part of someone's character; including his appreciation for persistence and hard work:

What do you think is the most important resource to a business?

[whatsapp url="https://www.legends.report/mcdonalds-corporation-former-ceo-fred-turner-puts-people-at-the-heart-of-their-hamburgers" title="Thought you'd like this Legends Report article, it's about a key reason why McDonald's is such a success..." ]
[/fusion_builder_column]