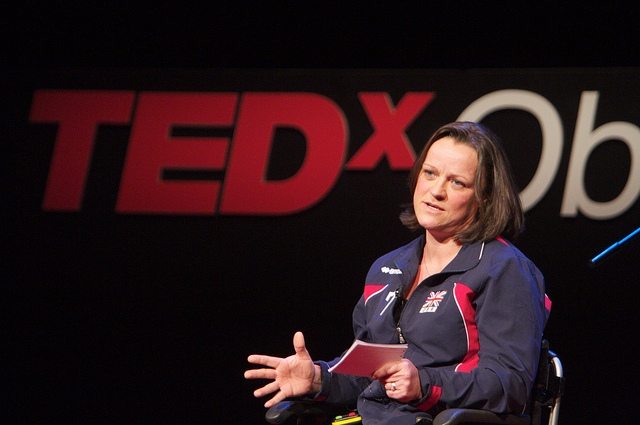 The London bombings took place on 7th July 2005. I remember starting a photography course just 2 days after the bombings, in Russell Square, where one terrorist set off a bomb on a bus. It was a day that changed many people’s lives forever...

One such person was Martine Wright and this is her moving and inspiring story.

The day before the bombings, on 6th Jul 2005, Martine was celebrating the fact that Britain had just won the chance to host the Olympic Games in 2012 and was very passionate about attending the Paralympic Games.

The next day, she sat 5ft away from one of the suicide bombers on a London train carriage and lost both of her legs...

Martine completely lost the life she knew and enjoyed. After several weeks of feeling totally lost and distraught, she set her mind on rebuilding her life by finding a new sense of purpose and meaning. In a TEDx talk, she said:

‘Either I was going to feel sorry for myself for the rest of my life, or… I had a choice to live my life, whatever it would hold.’

Martine rehabilitated and decided to enrol in her local sitting-volleyball team. Through her passion, dedication and hard work, she was selected to be in the British Paralympic team. Ironically, 7 years on from the bombings, instead of visiting the 2012 Olympic games as a supporter, she had earned the right to be there to represent her country.

What Martine says at the end of the video is humbling for us all to take stock of;

‘Maybe I was meant to go on this journey, all I can say is that I’m just lucky to be living this dream now’.

Martine is incredibly grateful to be in the position she's in, but she chose it; she worked hard and had incredible courage to make it happen. She didn't allow herself to remain feeling like a victim for too long, that's what true legends do, well-known or not. We all face our own challenges in life and even though we might get knocked down by them, it's crucial that if we want to live a happy and successful life, that we find the opportunity in those challenges and become stronger.

Here's the full 15 minute TED Talk which is well worth a watch...

Is there a challenge that has shaped you in your life? No matter how small or big, there is something we’ve all faced that has defined a part of our journey...share in the comments below...

[whatsapp url="https://www.legends.report/martine-wright-from-77-bombing-victim-to-paralympian/" title="Thought you'd like this article from the Legends Report, it's the moving story of a survivor of the 7/7 Bombings in the UK who has gone on to become a Paralympic Athelete..." ]