Skip to content
Mandela & The Springboks – How Rugby United a Nation

Mandela & The Springboks - How Rugby United a Nation 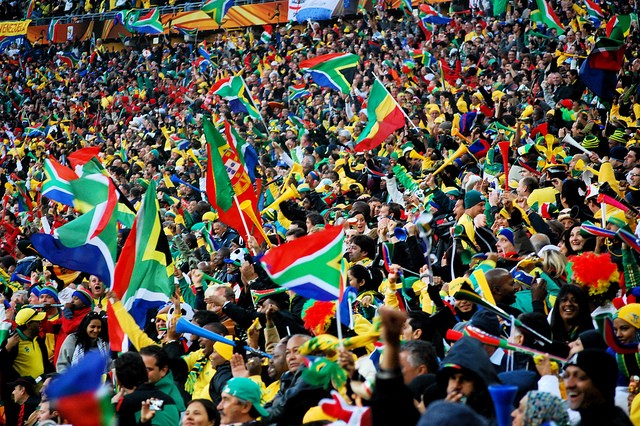 
Even though they lost against New Zealand in the Rugby World Cup semi-final, the respect that exists between the South African's and the All Blacks is known as rugby's greatest rivalry. Every South African I know has a vested interest in the team maybe more than many other nations, barring perhaps the All Blacks themselves. To understand why, it’s worth looking back at recent South African history...

The film ‘Invictus’ gives us a brief but clear overview of how during the 1995 Rugby World Cup, the whole nation was united by the Springbok team. Historically, rugby was a ‘white man’s’ game and so the sport represented apartheid to most of the nation, but after Nelson Mandela took control of the country, he realised that he needed to unite the whole nation somehow.

To do this, and to establish South Africa back on the world stage, he encouraged everybody to support the Springbok team in their drive to win the World Cup. By having a common focus that everyone could believe in, it united the nation. For a time after the World Cup people of all races were living and cooperating together and the country tasted true community, rather than division. It is that feeling and unity that the success of the Green and Gold team represents to every South African and that is a big reason why they are so well supported every time they play.

Here's the trailer for Invictus:

And a clip of Mandela talking about how Sport can unite a nation:

Who are your favourite sporting legends and why do you admire them?

[whatsapp url="https://www.legends.report/mandela-the-springboks-how-rugby-united-a-nation" title="Thought you'd like this Legends Report article, it's a touching example of finding a resolution through human connection and compassion..." ]
[/s2If]