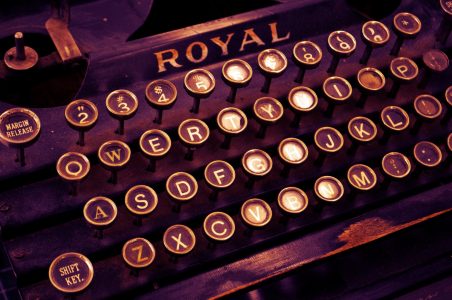 Intentions Behind Our Words

Words have meaning, some obvious and some not-so-obvious. There are also words that we use in everyday conversation without necessarily knowing their meaning, at least their true meaning. One such word has been chosen for this article: Desire.

The word in the title of this series – legend – is actually the part of a map which contains the key, that then allows you to read and understand the map. This article holds the same idea, to read and understand words; hence the title ‘Legendary Words’, which, of course, also serves as a reference to the Legends Report. The intention here is to explore a chosen word, looking at definition, etymology, and phonetics, hopefully spawning a series of articles.

A basic definition for the word desire, which anyone could look-up online, is ‘a strong feeling of wanting to have something or wishing for something to happen’.

Desire, with this basic understanding of the word, is often used with positive connotation; however, after typing it out, I picked up my thesaurus to find both positively and negatively connotative synonyms:

Of course, some synonyms, even of those above, can be used positively and negatively, but I am going off of common use and my own personal experience. The difference might be understood through the switching of synonyms: ‘what is your passion?’ or ‘what is your greed?’. See how one reads positively and the other negatively? Try switching words in advertisements and marketing campaigns with their synonyms; see if they read the same. Or better yet, do the same with political campaigns, ha!

The following are taken from www.etymonline.com as they are worded more concisely than I could achieve otherwise:

Interestingly, the verb section appears to carry a spiritual or metaphysical connotation, whereas the noun section is focused on the material or physical. So even the use or placement of a word, verb or noun in this instance, can alter its received meaning. For example: ‘he desires!’ or ‘he is a desirer!’. I’m almost certain that neither have been said in a long time – either would be an odd thing to hear someone say aloud – but I think the point is made clear with these rather archaic exclamations.

Phonetically, the word ‘desire’ can be split in two as ‘de’ and ‘sire’. The word ‘de’ is applied to words to signify the breaking away from, or removing of, what the word represents; like if you add ‘de’ to ‘form’ you get ‘deform’, which is the breaking or removing of form – like a candle melting to the flame, it loses its form.

The word ‘sire’ is a title of nobility often applied to a king, and it is also used in the animal kingdom for the male who is suited to breeding, again somewhat connected to the idea of hierarchy. In other words ‘sire’ is connected to being of a lofty position and noble, so to de-sire would be to break away from, or the removal of, nobility – nobility in the sense of quality of character, not necessarily being a part of a particular royal bloodline. This correlates with the earlier observation that the word carries both positive and negative connotations, depending on its use. The negative side of desire could lead one to become a desirer, if in excess, perhaps, and this could then lead to a state of having been de-sired, a state of lacking noble qualities.

This positive, negative polarity in the word ‘desire’ is often seen in popular culture. One example which came to mind while writing this is Disney’s animated rendition of Hercules, in which the title character loses his way when he follows his desires for fame, fortune, and his lust for Meg. Further on, Hercules corrects himself by shifting his desire away from the fame, fortune, and lust to protecting others and those he loves. This, of course, results in Hercules regaining his nobility, or godliness in this instance, which could be described as having been re-sired.

In the process of writing this article, I have also been reading a book by William Walker Atkinson which happens to comment on desire, so I am going to include a quote here that I feel is relevant:

“When man attains Individuality – Egohood – he enters upon the plane of Will, and rises above the plane of Desire. Desire and Will are the opposite poles of the same Principle – the Centre of Balance being Reason.”

I think this quote by Atkinson appropriately explains the recurring theme of the word ‘desire’ having both positive and negative connotations, offering the word ‘will’ as the positive end of the polarity to the negative ‘desire’. This also fits accordingly with the phonetic ‘de-sire’ meaning to break from, or the removal of, nobility. ‘Reason’ being the Centre of Balance is an interesting concept, especially if considering the word ‘excuse’, also. As a simple diagram with words, this might look like:

Which end of the scale ‘You’ land on might depend upon whether ‘You’ are making excuses or are being reasonable. When this article began, did you expect it to lead somewhere so philosophical? Me neither. But I guess this proves my opening statement: “Words have meaning.”

Bonus: In Other Languages

Having attended a secondary school which specialised in foreign languages, and continuing to teach myself several to this day, I thought it might be interesting to include a few basic translations for the word ‘desire’, should anyone be interested.

For anyone interested in the resources used for writing this article, there is the Oxford Popular Dictionary & Thesaurus for definitions and synonyms.

For phonetics, I am mostly self-taught; however, there is a book which has aided me in this, which is Dylan Saccoccio’s Spirit Whirled: The Deaf Phoenicians. This will be a difficult read for most as it is fairly advanced and approaches from an archaic and occult perspective – occult meaning hidden – though, the information offered on phonetics is invaluable.

The William Walker Atkinson book quoted from is The Four Arcanes, or more specifically The Arcane Teaching. And for languages, I could recommend a number of resources:

Duolingo is a good supplement for language-learning, available for free on mobile device app stores and online (PC); dictionaries, of course, are useful (Collins Gem are often cheap and come in many languages); and for the Chinuk Wawa translations above, I used Chinuk Wawa: As Our Elders Teach Us To Speak It, a concise dictionary provided by The Confederated Tribes of the Grand Ronde Community of Oregon, who also have a free app for mobile phones called Chinuk Wawa. Aside from the mentioned, I would also recommend notebooks / notepads to handwrite what you learn, as it helps with retention.

About the Author: Mark Bloom

I am a fictional writer with a passion for languages, phonetics, and etymology. My intentions have been, and still are, to improve my writing skills in exploring these areas, and many more, while contributing something of potential value to others.