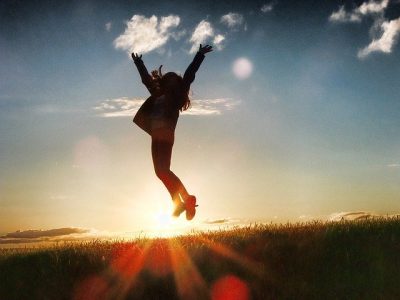 The flower that blooms in adversity is the most rare and beautiful of all."
- The Emperor, Mulan

Peter Sage is a six times TEDx speaker and internationally-renowned speaker, philanthropist, personal development mentor, he has advised royalty, governments and companies around the world.

He is an author and wrote one of his books "The Inside Track" while in prison for 6 months although the initial allegations never made it to court,

He was involved in a controversy with the Hewlett Packard Enterprise (HPE). HPE issued a contempt of court application claiming Sage has breached the terms of a freezing order. Sage denied this though his claims were not considered valid and served 6-months as a civil prisoner. The initial allegations by HPE then failed to make it to court.

Sage was praised by the governors for helping numerous prisoners and won a Koestler Award for his work. He started an initiative aimed at shifting the prisoners' mindsets which are now being used in numerous Prisons across the world including the UK, Australia, the USA & Hungary.

Here is an interview about "The Inside Track".

How Can We Apply This To Our Own Lives?

The main themes I picked up from his book were:

2. Mastering ourselves through meditation

How I Related This To My Situation At The Time

My "adversity" was nothing like being in prison, my example is about a work situation. As a complex care nurse I was doing 13-hour shifts where I had to be in the patient's room but with not much to do. At first, I thought this was good compared to being rushed around and didn't have too much responsibility to worry about so I thought it was a good opportunity to catch up on some reading etc., The room was freezing cold so I had to wear layers and layers, there were lots of rules about what we couldn't do, and no staff room to go to or anything. I soon realised there was a real negative atmosphere at times, although the patient was lovely, family members were very blaming of the staff and checking on us, it was like we couldn't do anything right. Working alone I didn't realise this was the way it was for everyone and started feeling there was something wrong with me and I was incapable. Luckily due to a lot of work experience and being aware of myself, I was able to distinguish that these feelings were not true and not coming from myself perhaps if I had just started out, this would not have been the case.

I know I had worked in much more responsible roles with no issue and had done this for a long time.

I put pressure on myself to not let my environment have an effect on me and felt I should be able to manage any challenge without it affecting me at all as I wanted to be in control of my mind. I felt I should be able to do this due to practising meditation for over 10 years. Realistically this is so difficult and our environment and the people in it affect us so much even more than I realised. But as Peter Sage says;

"Why will life test you? Because theory doesn’t cover the price of admission to the highest levels of being.”

To grow as a person we have to be challenged. Although perhaps setting goals could be one way to challenge yourself, life will always throw challenges our way anyway.

How Peter Sage puts it;

“Life is an evolving process of challenge and growth. Welcome to the Gym.”

Maybe this was the "gym workout" I needed to have belief in myself and confidence despite others opinions and criticisms, especially as a former people pleaser. A lot of people worry about what others think of them, of course, this is sometimes useful we need to all live together and take each other’s needs into consideration. It can become disabling however and affect people's mental health for example if they are so self-conscious of what others think they cannot enjoy themselves or be in the moment or it makes them avoid situations. If we all live our lives in a way that we think other people think we should rather than how we really think it should, it isn't going to feel good to ourselves. You realise by being a people pleaser and trying to please everyone else's needs your own needs will never get met so the one person that won't be pleased is yourself.

This isn't a great way to contribute. It is much better to give from a place of fullness and overflowing where your own needs are met and you actually want to help others.

Even in a survival kind of environment such as prison, Peter Sage was able to come from a place of helping the other prisoners by first maintaining his own sanity through meditation by using the small toilet space to have somewhere private as he knew this was even more important than ever given what he was going through. He was able to have such strength that I'm sure a lot of prisoners have to dig deep for. His attitude in prison was about how he could help, how he could practice what he preached and his belief that he must have been put there for this reason. Our beliefs are very powerful, perhaps if he'd believed life was out to get him and focused on how unfair things were, he wouldn't have been so helpful to the other prisoners.

I found out a year later after that job how the staff couldn't believe how long I'd lasted as many members of staff had such difficulties and left a lot sooner. I only left when the job was actually lost to that particular service provider because it had become impossible to staff and meet their needs but I was ready to go. Perhaps some of what I practised had worked although it showed me I'm certainly not immune and certainly not yet completely in control of my mind if I ever will be or if it's even possible?

We always have choices. I chose to work there as all my other jobs had gone quiet and I had bills to pay. I learnt that in future I would be better in a more positive friendlier environment even if the job was harder.

"Stop trying to fight the current of the river Life and focus on positioning yourself better in the river.”

I had a goal for a number of years, when I didn't need this goal anymore because of a change of life circumstances it was then able to happen. As Peter Sage explains;

“The route to my goal will present itself when I’m worthy enough to know I don’t need the goal.”

Sometimes wanting something too much pushes it away and when we let go of whatever it is we wanted, it then miraculously happens for us.

If you are going through something challenging remember you can take it as a chance to become the better version of you and see it in a positive way, use it to grow and be better.

We've all heard about the comfort zone. Where you feel safe and you know what you're doing, but if you're not pushing yourself out of your comfort zone every now and then it will soon not be so comfortable anymore as we're always moving. Life doesn't stand still. If you're not going forward you're going back. Pushing yourself just slightly to do things that scare you without going all the way to the danger zone where you feel totally overwhelmed seems to be the best way to live.

So go for it, as Peter Sage says;

“Rather than live in a narrow, flatlined life, why not climb the peaks and fall in the throes of an extraordinary life.”

It all starts with setting the goal of what you want to achieve. I used to have an issue with this as I didn't particularly have any goals I wanted to achieve at the time. I was more interested in my internal environment and just being happy. Most people think they need to have that thing of whatever the goal is to be happy, but I realised it doesn't work like this. Over time, however, I did see the value of goals and naturally found there were things I was excited to achieve. It can be like completing a course. It's sometimes about the skills but other times it's about how what you learn changes you as a person that's important. As Peter Sage explains;

“The purpose of setting a goal is not to achieve the goal. It’s to see who I need to become in order to achieve it.”

So then when you've achieved the goal you have a different belief that you can do it. You are a marathon runner for example. For Peter Sages advice on goal setting see this short video.

“I may want to believe. I may even think I believe. But when I REALLY believe, life changes immediately.” Peter Sage

So back to where we started, how our beliefs and mindset are most important, to work on yours get in touch below, by working with others with like-minded beliefs or beliefs you want to have can make a massive difference as we know we become like the 5 people we spend the most time with.

About the Author: Mel Gettings