Jerry Rice - How to Achieve Greatness When You Lack Talent 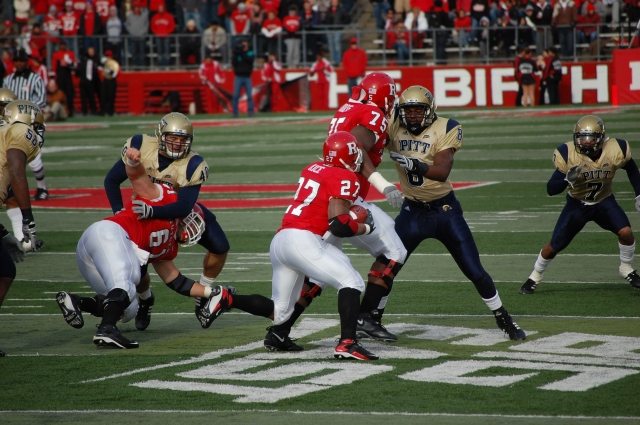 "To me it was never about what I accomplished on the football field, it was about the way I played the game."

So many people believe legends are born with natural talent. Jerry Rice however, the American Football legend, shows that this myth is false. Jerry dominated his position - playing for 20 years until he was 42 years old, in a game noted for short careers because of the physical toll. In a sport measured by statistics, Rice was better than his nearest rival by 50%!! Yet when he first started out as a professional in 1985, 15 teams rejected him and said he was too slow and ordinary for the position he played in. This was because being super-quick was seen as prerequisite for his position!!

So, How Did Jerry Rice Become Such a legend?

He worked hard all-year-round, even during the end of season break when other players were taking time off or going on holiday. In fact he worked even harder during this time (practising intensely 6 days a week) and credits this training for his success.

He trained so hard that a lot of fellow professional players were physically sick when they joined him for occasional training days to try to duplicate his workouts! His coaches wouldn’t even release his training routine for fear that normal people would try to use them and hurt themselves in the process!!

It was not just that Rice trained hard and was disciplined - he also trained intelligently. He and his coaches devoted most of his training to specific movements that were fundamental to him having a competitive advantage.

We All Can Achieve Success if We Apply the Fundamentals

Jerry Rice provides us with a great example of a legend, who through self-discipline and intelligent focus set the bar in his field despite not being the most ‘talented’. How many of us believe we are not capable of greatness and as a result settle for mediocrity because we were told we were never ‘good enough’ at home, school or university? Jerry shows us that this is categorically not the case. We all have something within us to take us to the next level if we are dedicated enough.

Jerry Rice achieved legendary success because he applied the fundamentals consistently every day, year in, year out. We can all adopt these simple ideas to become more and more successful in any aspect of our lives...

[whatsapp url="https://www.legends.report/jerry-rice-how-to-achieve-greatness-when-you-lack-talent/" title="Thought you'd like this article from the Legends Report, it's about how Jerry Rice the legendary American Football player became great despite lacking talent initially..." ]