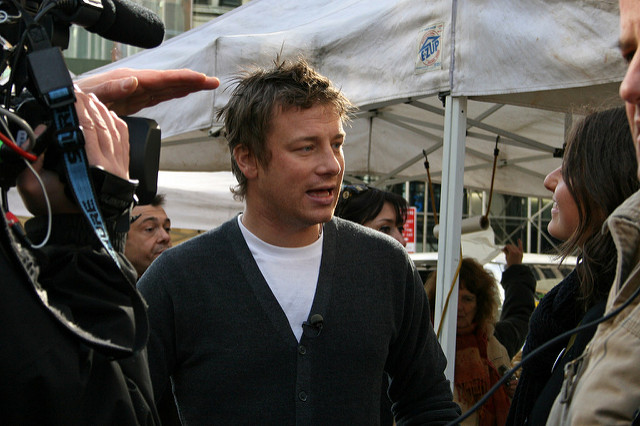 Being dedicated to reality is the key to solving problems and maintaining trust with others.

Jamie Oliver is an internationally-recognised millionaire chef who has been credited with revolutionising school dinners and the way that we see our food through his TV shows.

In the last week it was revealed, however, that difficulties with his restaurant chain; Jamie's Italian, cost him more than £12m from his savings. One evening in September 2017 he received a call saying that he needed to make an immediate £7.5m cash injection in a matter of hours to save his business. So, why did this last-minute crisis-aversion need to happen?

In an interview with the Financial Times, Mr Oliver said:

“We had simply run out of cash. And we hadn’t expected it. That is just not normal, in any business. You have quarterly meetings. You do board meetings. People supposed to manage that stuff should manage that stuff. I had two hours to put money in and save it or the whole thing would go to s**t that day or the next day. It was as bad as that and as dramatic as that.”

"I honestly don’t know [what happened]. We’re still trying to work it out, but I think that the senior management we had in place were trying to manage what they would call the perfect storm — rents, rates, the high street declining, food costs, Brexit, increase in the minimum wage. There was a lot going on."

Trust Starts With a Dedication To Reality

Whilst there is no denying that the trading environment was an extremely challenging one, the reality is that the team in place struggled to cope with the circumstances they were facing and also had a lack of willingness to communicate what was actually going on.

Mr Oliver's quotes show that he had invested a great deal of trust in the team he had in place, but perhaps their unwillingness to face the reality and have candid conversations earlier ended up costing Jamie Oliver personally in a way that was completely unexpected.

In order to lead in challenging circumstances, we need to be dedicated to understanding the reality of any situation and need to be prepared to have the tough conversation as and where they are necessary.

If we lack the discipline to solve problems whilst they are small, then we run the risk of allowing them to grow, causing far greater problems down the line. This is not just a lesson for business, but also for all aspects of our lives - if we run away from difficult conversations from those closest to us, then we run the risk of losing trust rather than building it.

You can read more about this in the Evening Standard article.

Jamie Oliver himself is someone who is prepared to have difficult conversations with people which can be intimidating. Here's why some may be scared of the chef.

About the Author: James Mills

My passion is education because I feel that so many more people would be able to lead happier, more successful and fulfilling lives if we all had access to a more inspiring education system. My vision is that we have an inspiring teacher in every classroom; I realise that there's plenty to be done in order to bring that to life, but committed to doing what it takes to bring together the people and resources to make that happen. As an Associate Partner at Lighthouse International and Co-Founder of Lighthouse Kidz I am committed to developing my ability to bring together emerging leaders and social entrepreneurs to make a positive difference in the world. Presently I'm working on a variety of initiatives such as bringing together the people, expertise and resources to ensure that everyone has access to clean water.