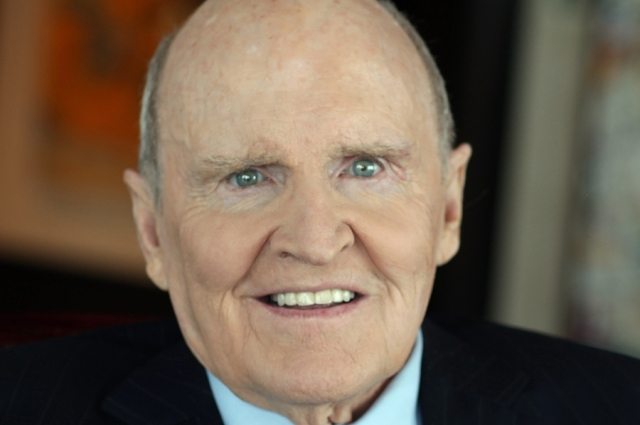 Jack Welch is a business legend who is right up there with the Steve Jobs' and Richard Branson’s of this world. Voted Manager of the 20th Century by Fortune Magazine in 1999, Mr Welch was CEO of the American conglomerate General Electric from 1981-2001. During this time, he took the company from a value of $12 Billion to over $280 Billion when he retired...making it one of the biggest companies in the world!

The way he achieved this can teach us a lot about being proactive at work, taking responsibility and delaying gratification, regardless of where we currently are in our careers...

Welch started as an employee of GE after completing a PHD in Chemical Engineering (his dissertation was to study condensation... not exactly the most glamorous subject!). Despite being in a technical role, his attitude was to meet his deadlines and over-deliver, while his colleagues often just got the job done at the last minute. This got him noticed by senior management, who saw in him a future leader.

Jack Welch also came up with innovative ideas about how to improve things. He didn’t just want to sit back and clock in a 9-5. He felt the company was ineffective and didn’t like how it had nine layers of management hierarchy! In fact he almost left because of the bureaucracy, but because of his leadership potential, he was persuaded to stay by his managers, which eventually lead to him rising up the ranks to become the company's youngest ever CEO.

The Courage To Make Controversial Changes and Accept Being Unpopular

The first thing he did as CEO was to eliminate inefficiencies by reducing the number of markets the company operated in worldwide. His philosophy was that if GE wasn't first or second in the market they were in, the business should close. This had the dramatic effect of reducing the number of employees from 410,000 in 1981 to 299,000 in 1985. He had in essence, fired 25% of the workforce. Not exactly a popular act. He was nicknamed “Neutron Jack” in reference to the atomic bomb and was bad-mouthed by many employees as well as the press.

He also brought in a policy of promoting the top 20% of employees, giving training opportunities to the next 70% and every year he would move on the bottom 10% trying to ensure they got roles elsewhere. While this may seem tough, it was for the long-term benefit of both the company and the employees who were working hard. Jack Welch knew that the company could not grow if employees only saw their jobs as a means to a paycheque.

Being Committed to Reality

Welch also welcomed more candour in the company and removed the layers of bureaucracy to create a much more effective chain of communication from managers to staff.

As you can imagine, Mr Welch was seen as a very controversial figure and many people, including members of the board, did not like the changes he made - even if it was achieving results. Ruffling feathers may not be popular at the time, but when it's for the right reasons, you don't need to worry about what others think.

What Can We Learn From Jack Welch?

Not everyone wants to be a CEO of a global company but there are some key traits that we can all apply...

1. Don't wait for things to happen - get proactive and make them happen whether at work or at home. Take responsibility and over-deliver on what your tasks are.

2. If you're looking to change your life and impact others, you're going to face criticism. So expect it and maintain self-control. Keep going safe in the knowledge that you will reap the rewards in the long-term.

3. Be prepared to sometimes face the hard realities and talk about the 'elephant in the room'. Welch was someone who was known for being straight and candid.

4. Put off what you want now for more of what you want in the long term. Welch delayed the gratification of the approval of his colleagues and the press because he knew he needed to make the tough choices first but he and his employees reaped the benefits later on.

We'll be exploring more about how Jack Welch transformed GE in future articles...

What's stood out to you most about how Jack Welch transformed GE?