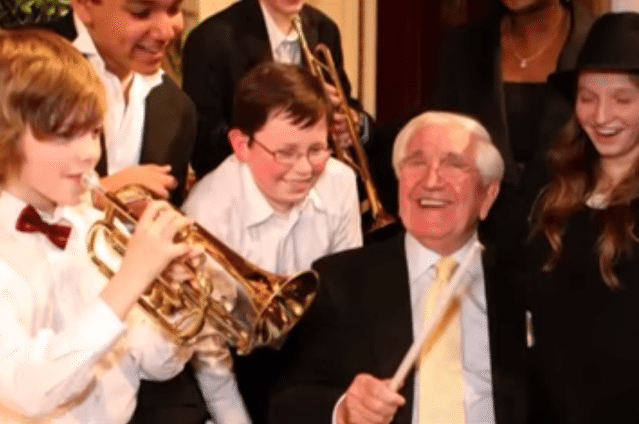 Jack Petchey didn’t have all the riches growing up in a poor working class family in the east end of London in 1925. Nor did he get the best education, dropping out of school at 13 with no qualifications. It may have seemed that the odds were stacked against him, but Petchey went on to great success, to become one of the richest and most influential people in the UK.

His journey began when he decided to join the Navy during the Second World War; initially wishing to enhance his management skills, he applied to become an officer but was unsuccessful. However, he persevered and eventually landed a job as a clerk at a Solicitor’s Society. He applied again for management training but was unsuccessful a second time and was told he “would never become a businessman”.

Nonetheless Jack refused to give in to others’ beliefs about him and put his £39 discharge gratuity from the Navy into buying a second hand car with which he started a taxi business.

His taxi business took off and Jack continued to work hard and push himself by never settling for mediocrity. He worked long, tireless hours to overcome adversity and went into property, travel and investment ventures. To date in 2015, Jack has a net worth of over £500 million and is the man behind the Jack Petchey Foundation (which strives to empower and develop young people).

One trait of Jack’s which we can all learn from is the drive to go out and do something, no matter who you are or what background you have come from. His motto is, “If you think you can, you can”. Through his foundation Jack aims to raise the aspirations of young people by rewarding their achievements, encouraging them to take pride in everything they do. He also highlights the importance of focusing on the positives of an individual rather than criticising their negatives.

Jack encourages people to learn to realise their potential! He came from a humble background yet dreamed of success, and used his initiative and resources in order to get there.

[whatsapp url="https://www.legends.report/jack-petchey-rags-to-riches-through-hard-work" title="Thought you'd like to hear about Jack Petchey from a Legends Report article, had many knock-backs but pushed on to succeed regardless." ]