Jack LaLanne - The Incredible Story of The Godfather of Fitness 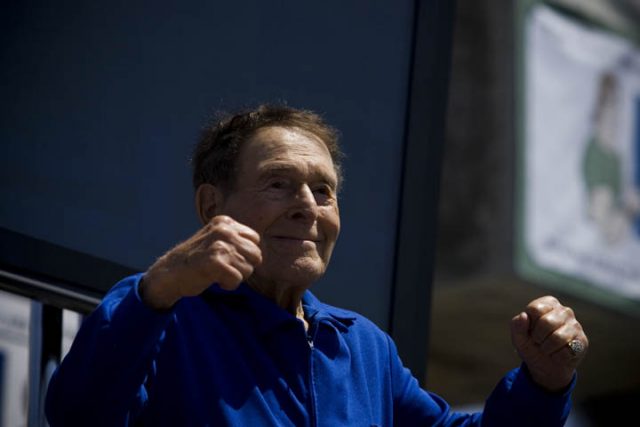 When looking to challenge the conventional way of doing things, facing criticism is to be expected! Any pioneer who has gone against the grain has been prepared to face this because of their courage and conviction.

Most of us don’t dwell too much on our gym’s origins while mid-crunch or mid-bench press but a certain fitness pioneer, Jack LaLanne, deserves a moment’s thought for us. One of his many achievements included opening the first modern fitness centre in 1936 at Oaklands, California. He went on to make America’s first TV exercise and nutrition show, invented resistance machines and even swam while towing boats - no fewer than 70 - at 70!

Any Positive and Lasting Change Starts With Ourselves First

It isn’t easy to challenge experts or question old traditions, especially when we are in the minority, but sometimes doing so has a major positive influence. A case in point is this amazing story of Jack LaLanne’s success in positively correcting medical opinion.

As a sickly junk food addict, the teenage Jack LaLanne made discoveries that turned his life around. They included the principles of controversial nutritionist Paul Bragg along with weightlifting. He grabbed hold of the new diet and exercise concepts and ran with them.

Within a few years, his self-discipline and effort restored his health, physique and lifestyle. At 21 he was excited to share his knowledge and help improve others’ health, just as he had been helped. However, his main obstacle was scepticism.

“People thought I was a charlatan and a nut. The doctors were against me — they said that working out with weights would give people everything from heart attacks to haemorrhoids; that women would look like men.”

But Mr LaLanne would not be cowed, with his fitness and energy speaking for him he soon was welcoming clients to his Oaklands gym. Yes, he became a successful entrepreneur, but far more than that he was a committed advocate of improving ourselves with the help of others.

We Are Most Influential When We Lead By Example

The key to Jack LaLanne’s teachings was passion and encouragement laced with humour - setting a good example of discipline and better choices instead of preaching. Through his self-funded TV programmes, he persuaded millions of people to change their mindset and lifestyle; improving health (and athletics medal hauls) across the nation. Alongside buying into the LaLanne brand of course! This was a perfect example of a win-win situation - people’s health benefited in correlation to Mr LaLanne’s business success.

Watching just one of Jack LaLanne’s 1950s shows on YouTube, as well as being entertained you’ll hear his main messages, including the value of sustained good health allowing more control of your life. Also, most notably sharing the fundamental principle of responsibility or 'response-ability':

“Everything you do in life, I don't care, good or bad - don't blame God, don't blame the devil, don't blame me, blame you. You control everything! The thoughts you think, the words you utter, the foods you eat, the exercise you do. Everything is controlled by you.”

We can apply this empowering wisdom to so many areas. For instance, regarding education and careers, the accepted assumption that university is the optimum route to success should be questioned before automatically applying as it may be inappropriate for many people. Amongst other choices, apprenticeships or vocational training can offer more enjoyable and productive paths.

Mr LaLanne’s example of acting on the courage of his convictions demonstrates how far you can further your own interests and others’. His example shows us the difference it makes when we invest in ourselves first and work hard; with determination and self-belief leading to credibility and success. He also reminds us how we shouldn't bow to external pressure - listening to our own voice - and making the best choices. If we have such conviction in something or someone it’s worth swimming against the tide and speaking out. It could be the most important thing we ever do.

This quote summed up his attitude to what living a healthy means and the responsibility we need to take:

If you want an inspiring example of what it means to live a long and healthy life, here's him being interviewed on his 95th birthday!

Feeling inspired to change your habits in relation to your health? Click here for 4 questions to help you have a healthy week.

Why We Need To Talk About Suicide In Young People

Apathy: The Killer of Humanity?

Why Journals Are So Important & How We Can Keep Writing Them

Why Everyone Ought To Be In Therapy & Why Most Aren’t