Skip to content
Is The NHS a Victim of It’s Own Success?

Is The NHS a Victim of Its Own Success? 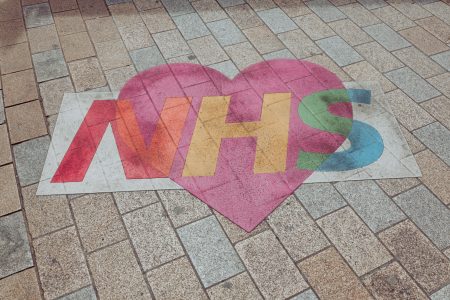 Despite the many complaints it receives, the NHS in the UK is still fundamentally a good system that has been the envy of the world. But has it now become a victim of its own success?

The History of The NHS

When it was first introduced in 1948, the NHS was intended just to bring a post-war nation back to health. Aneurin Bevin – the then Minister of Health – had a vision of a service that was open and equitable to all, funded by the state, and free to all at the point of delivery. His ultimate aim was that a universal and free health service would address the underlying causes of ill health after the war and reduce overall demand as the populations' health improved. There was even a thought that once post-war Britain became ‘healthy’ again, the NHS would no longer be needed

Fast forward 73 years and the NHS is still with us. In many ways, it is the same – free at the point of service and open to all – but it is also very different. Its effectiveness has led to increasing expectations and it now treats more advanced issues, uses much more complex equipment, and gives out more drugs. The NHS is still very much needed and there has never been a better time to be ill!

But, having seen the NHS both from inside and out - as a nurse for over twenty years and also as a patient and a relative - I, like many people, feel that it cannot continue as it is indefinitely, but what can be done? Demand is now outpacing resources and all the funding being given to the NHS is simply tackling deficits rather than going towards making services more sustainable.

So Are We Now a Healthy Nation?

In some ways, it could be said we are. We have an older population as people live longer due to being healthier, there are fewer fatal diseases, and more people are surviving major health issues such as cancer.

Yet younger people now have a higher prevalence of obesity than their equivalents a generation ago, which may contribute to the increased multi-morbidity rates in the over 65’s. A study in 2018 predicted that by 2035, 17% of the British population over 65 would have four or more chronic illnesses, while 67% of this group would be living with two or more. Not only are these scary figures for the NHS but with life expectancy constantly on the increase, it means that most of us will not be able to fully enjoy our old age.

Could part of the issue be the fact that we are now living in something of a Nanny State? People no longer feel responsible for their own health.

Why look after yourself when the NHS will give you a cure all pill or you can have an operation? 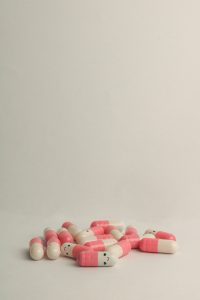 Image by am JD @ Unsplash

We are currently in the middle of what the World Health Organisation described as an obesity epidemic and it is widely held that obesity is a risk factor for cancer, heart disease, and stroke. Accordingly WHO has called for changes in lifestyle to halt this epidemic, as well as to reduce or eliminate other risk factors for early mortality and increased morbidity.

So What Is The Solution?

As more and more resources are being spent on lifestyle diseases that could be prevented, the NHS Long Term Plan aims not only to treat people but also to prevent them from getting ill in the first place. So, could one solution be for us all to help this initiative by taking  more responsibility ourselves and living a more healthy lifestyle?

Calls have previously been made from many people for everyone to do just that, and these have risen recently in response to the recognition that ill health is not necessarily just something that happens to us. Rather, early mortality and increases in morbidity are often due at least in part to our own behaviour. Lifestyle factors are very significantly responsible for the global burden of disease: up to 40% of premature deaths are preventable by changes to lifestyle.

What Is a Healthy Lifestyle?

A healthy lifestyle is not just the absence of disease but also about having a way of life that helps bring about a state of complete wellbeing - physically, mentally, socially and spiritually. And it can involve a lot of hard work to make it happen.

Many people accept that things such as stopping smoking, exercising more and eating a healthy diet are all things we need to aim for, but there is often much more involved.

My father was a heavy smoker and it became a running joke in the family that every year on budget day, as the taxes on cigarettes went up, he would tell us this was the year he would stop. But it was never as simple as just stopping, the habits were too ingrained. It wasn’t until he suffered a severe heart attack – that resulted in him having triple bypass surgery – that he was finally able to stop. The doctors told my father if he smoked another cigarette they would not be responsible for the result. Plus, my mother also told him she would kick him out for the same reason! My point being, it is not always easy to stop these ingrained habits until we get that proverbial kick up the backside. My father was lucky in that he survived his heart attack, thanks to the amazing NHS staff, and went on to live for many more years afterwards. But even though he stopped smoking literally overnight and adopted a more healthy lifestyle, the consequences of years of being a chain smoker affected him for the rest of his life.

Not everyone gets that second chance, and you don’t know until it’s too late if you are one of the lucky ones or not! So why not do something to avoid it getting to that stage.

Whose Fault Is It?

While it is important that we all take a level of responsibility for how we live, it's not just a case of blaming individuals for their poor health. Decades of research shows us that health is not determined just by personal choices but also by the conditions in which we are born, grow, live, work and age. It is known that poorer people tend to make poorer choices because of their situation. For example, buying healthy food is not always cheap - buying 5 or 6 portions of fresh fruit per person per day is a lot more expensive than a burger and chips! 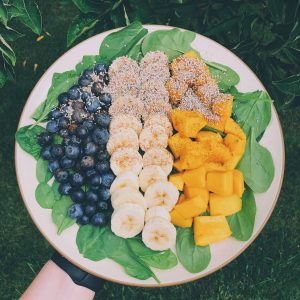 There is also the bigger picture of ensuring everyone has access to basics such as decent affordable housing, quality safe childcare, and regular work.

Often those ‘bad’ habits - whether it's smoking, eating unhealthily or not exercising - can be brought about by our circumstances. For example, while obesity is not necessarily genetic it can be familial. As we are growing up we all follow and learn from our parents, if they do something then it must be right!

Having a Support System

Trying to change ingrained familial habits is not easy - as the saying goes, old habits die hard  - and can almost feel like abandoning your family and their beliefs, especially if no one else in the family wants to change with you. This is when a support system is vital.

Over the years I saw many patients who said they had tried to do things differently but couldn’t, with many stating they felt alone and had no support. It has been shown that one of the biggest factors when trying to change any habits is that of support. For example, when my father eventually stopped smoking he was helped by the fact that no one else in the family or in his social circle smoked so not only was there no temptation but we were all there to support him. It's one of the core principles of the team here at the Legends Report, to provide the interdependent peer-group support we all need.

What Can We Do Then?

One of the biggest hurdles to change is inertia. As I know from experience, just thinking about making the changes isn’t enough, apparently you have to actually do them to get the results!

Some suggestions to help get you going are:

The fact that the NHS is still going strong after 73 years shows there is still a need for it in some form. There are still things that need to be done by the government but there needs to be a shift in responsibility with more control for the individual and less control from the government. By taking more care of our own health we can hopefully take some of the everyday strain off the NHS to allow it to deal with genuine cases better. If you'd like to discover how we can support you at the Legends Report to improve all aspects of your health, please reply below...

And finally, let me leave you with this thought:

“ Exercise is the King. Nutrition is the Queen.

Put them together and you’ve got a Kingdom”

About the Author: Janet Williams

Janet Williams is an experienced nurse, neonatal nurse and nanny who is now pursuing a career as a freelance writer. Janet specialises in writing articles and blog posts about health, healing, parenting and developmental play.