Skip to content
Is Richard Branson Britain’s Most Popular Entrepreneur? 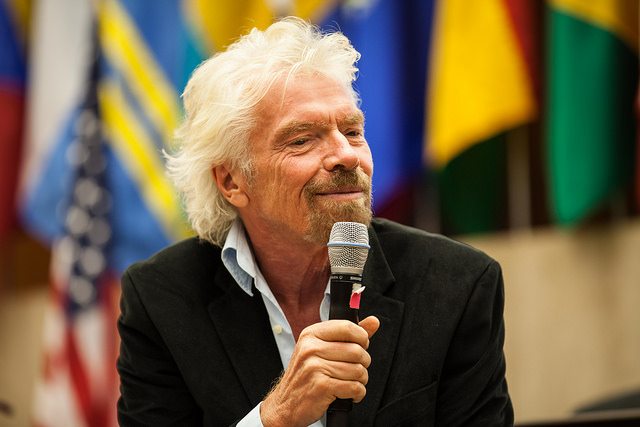 We choose our role models based on the qualities we would most like to develop in ourselves.

Whilst interviewing aspiring entrepreneurs at the May 2017 Business Show at the ExCeL in London about which legend they most admired, there was one name that came up time and time again! That name was Sir Richard Branson!

Could it be that he is the business legend that most Brits want to learn from? Here are 3 reasons why he came to mind first for many people we spoke to...

He Says It As It Is!

When speaking to one interviewee; Peter Kristof, Richard Branson was the name that almost immediately sprung to mind. 'He says it as it is' was his reason for choosing the British billionaire. He explained more what he meant by this:

"[If Richard Branson is looking at] the current situation either of the business or the performance of someone, he will say it as it is. Obviously not in a harsh way, but without putting any glitter around it. And that's why he's been so successful for years because it's straightforward thinking."

What this points to is a real dedication to reality; Richard Branson is prepared to be honest with himself and others in order to progress. When looking at securing investment for a business, for instance, he says this process needs to start with being honest with yourself. You can read more about this and the four other pieces of advice from Mr Branson in this article.

It's definitely a struggle to enter a diverse range of markets and industries without an ounce of creativity! This is where interviewees Peter Kristoff, Rafal Goralaski and Mat Ficko admired Sir Richard Branson. They were keen to learn how he goes about choosing which ideas to pursue and indeed to bring them to life! One quirky secret to Richard Branson's creativity is the importance of wearing a onesie! If you think I'm joking, then check out this article to learn why this piece of clothing is part of his creativity armoury...

Another interviewee; Malika Laurent was quick to refer to Richard Branson as a business legend she would like to learn from because of his vision. She talked about his drive that is ultimately fuelled by his vision:

"He had a vision... Lots of people doubted him, his best friend who became his business partner ended up leaving him because he thought, 'What! You're going to go into aviation? Are you mad?!?' But he [Richard Branson] saw the vision and he wasn't phased by this, he knew why he was doing what he was doing, so he kept on going in that way. Now we have Virgin Atlantic. I just think if you have a vision and you continue and you believe in that vision, anything's possible. You're going to get people along the way who say you can't do something or that you're mad or crazy...

His vision was bigger than just CDs, there's Virgin Trains, Virgin Atlantic... He tried [Virgin] Coke that didn't work out, but it didn't stop him, he still continued and he's never stopping. For me as a coach you can never stop learning, never stop growing - it's about taking things to that next step. It never stops and Richard Branson never stops. He could just say 'I'm going to sit back and chill out on Necker Island', but he doesn't... he's working on space rockets etc. I feel that is being alive, whilst most people are just living."

Richard Branson is constantly looking for pioneering new ways to add value; he has always had the vision to challenge the status quo and not be deterred by external criticism. What is clear from Richard Branson's example is how energising and inspiring a vision can be; not just for him, but also for others who want to learn from him. One current initiative he is working on is the resurrection of supersonic flight for the general public. Here's more about the partnership he is forming with a former Amazon executive to achieve this.

The Reality Behind Richard Branson's Success...

These are just a few of the reasons why many people are inspired by Richard Branson when it comes to building businesses. The reality is that we don't have to be him to develop the qualities that have helped Richard Branson to succeed in the way he has. Richard Branson is an example of someone who has lived and worked in a way that is more aligned to the fundamental principles of success. In addition to his grounded approach, vision and creativity, he has also invested a lot in building the right relationships with mentors, investors and indeed his staff, as well as consumers.

If we are truly dedicated to becoming successful in all aspects of our lives, careers and businesses, then we all have the potential to learn from legends like Richard Branson and apply these fundamentals to our own lives.

Our thanks go to Alex Glyde and the rest of the team at the Business Show for giving us the opportunity to interview attendees of the Business Show. Their next event is in November at Olympia.

So far we have more than 150 articles (and counting!) on the Legends Report featuring Sir Richard Branson, so if you are keen to learn more about his habits, achievements as well as his challenges and setbacks, then you should head over to this page immediately!