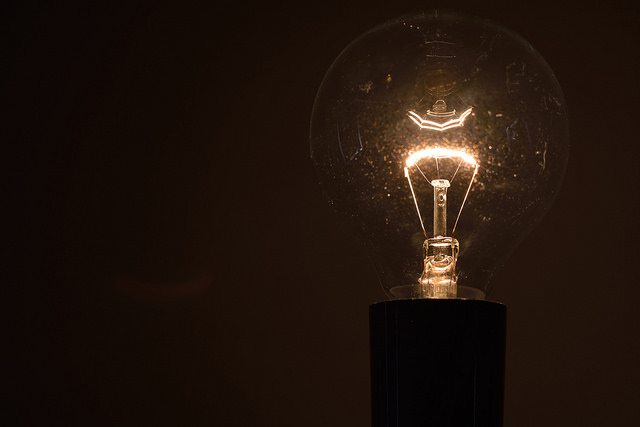 
The term 'Eureka!' was coined by Ancient Greek mathematician Archimedes more than 2,000 years ago and comes from Ancient Greek meaning 'I found it'. It's an example of a paradigm shift; a complete change in the way we see a situation that also changes the way we feel, how we behave and act. If we look closely at everyday products like the clothes we're wearing, the furniture we're sitting on and the technology we're using right now; each one of these products came from someone who made a pioneering discovery.

Here are 15 aha moments from people that have shaped the world we live in today...

(click to open the image in a new window)... 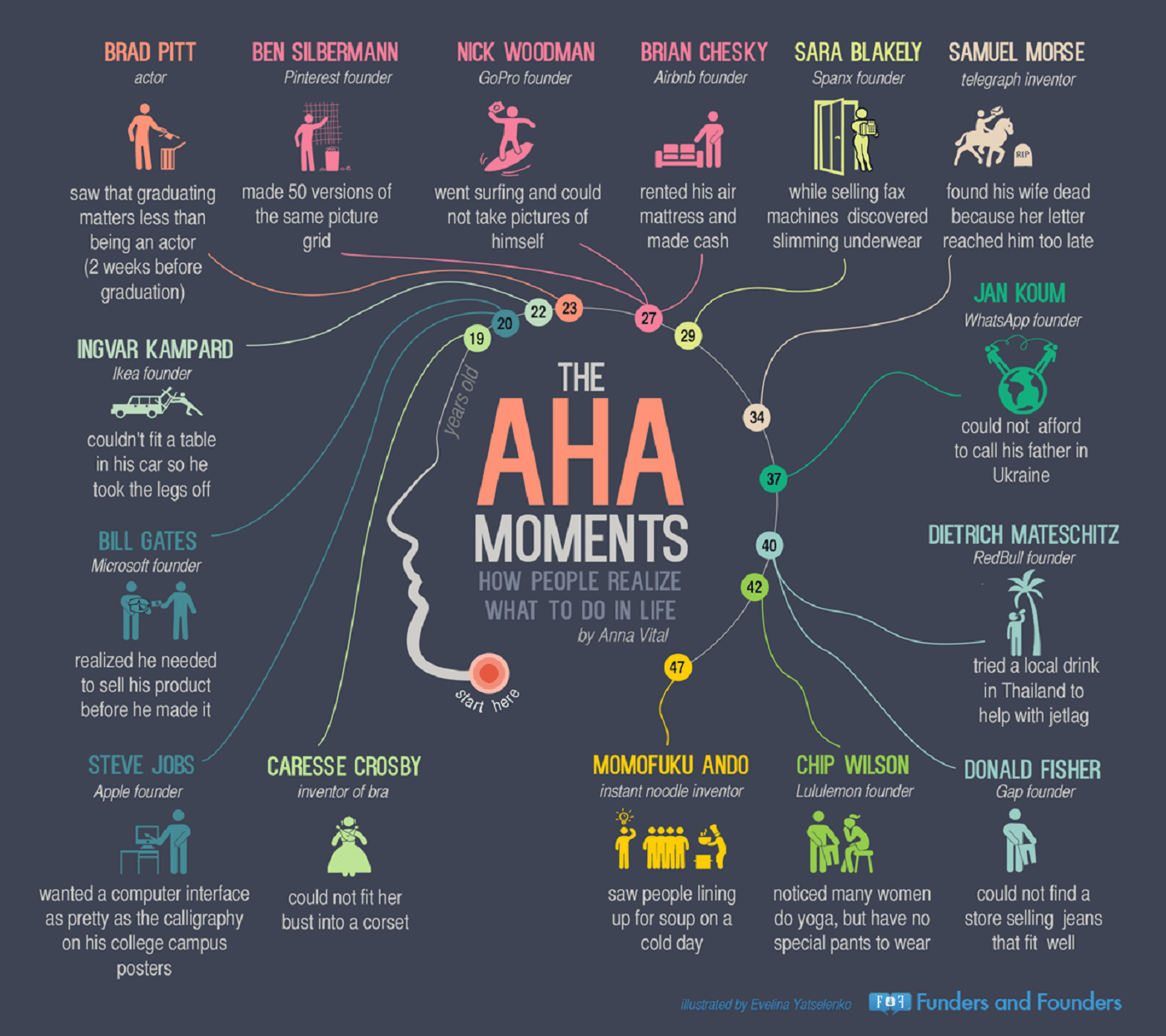 Infographic by Funders and Founders

Here are the 'Aha' moments that led these legends to realise what they wanted to do in life...

Caresse Crosby, Inventor of the modern bra – Could not fit her bust into a corset.

Steve Jobs, Apple founder – Wanted a computer interface as pretty as the calligraphy on his college campus posters.

Bill Gates, Microsoft founder – Realised he needed to sell his product before he made it.

Ingvar Kampard, Ikea founder – Couldn’t fit a table in his car so he took the legs off.

Brad Pitt, Actor – Saw that graduating matters less than being an actor (2 weeks before graduation).

Nick Woodman, GoPro founder – Went surfing and could not take pictures of himself.

Samuel Morse, Telegraph inventor – Found his wife dead because her letter reached him too late.

Jan Koum, WhatsApp founder – Could not afford to call his father in Ukraine.

Chip Wilson, Lululemon founder – Noticed many women do yoga, but have no special pants to wear.

We all have things that annoy, irritate or frustrate us. What is very apparent from each of these entrepreneurs is that their discovery started with a feeling of frustration about a situation. In each case there came a point where they changed the way they saw and felt about what was happening - their paradigm shifted and their eyes opened to how a problem could be turned into an opportunity. The lack of an immediate solution caused them to search one out and create one. Imagine if these people had simply moaned for the rest of their life about these problems instead!!

We all have the opportunity to do something positive with our frustration and it doesn't just relate to physical objects, our jobs or financial situation. It can also relate to our relationships; whether it is how we communicate with our colleagues at work or the friends and family we care most about. The feeling of frustration is a sign that we need to change a situation; to gain a new perspective and look for opportunities to resolve it.

[whatsapp url="https://www.legends.report/15-entrepreneurial-aha-moments" title="15 examples of pioneers who made discoveries that have shaped the world we live in today."]