Skip to content
“I Thought F1 Is An individual Sport?” How Reigning Champions Mercedes Got To The Top With Teamwork

"I Thought F1 Is An individual Sport?" How Reigning Champions Mercedes Got To The Top With Teamwork 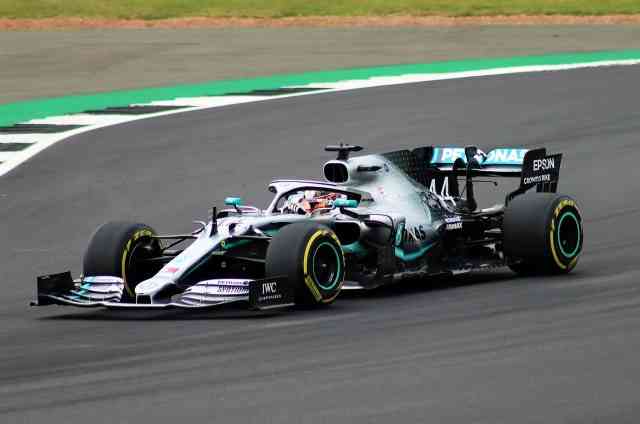 Feeling uninspired? It happens to all of us. But while we might be able to brush off a bad day, having a bad year (or even a bad month) can drastically affect our outlook on life, and what we believe we can and will achieve.

For insights into fostering a winning culture, we needn't look any further than reigning six-time Formula One champions, Mercedes. In his podcast interview with F1: Beyond the Grid, Technical Director James Allison shares some of what he believes are their secrets to sustained synergy… but it's about an hour-long, so we've picked out the best bits for you right here.

With a career in Formula One spanning almost 30 years, James Allison is currently Technical Director at Mercedes AMG Petronas F1 Motorsport. He had previously resigned from Ferrari following the death of his wife, and joined Mercedes in 2017. He is highly regarded as being the preeminent technical mind in F1, but when asked about his biggest strength as an engineer, Mr Allison reveals: it's his soft skills.

Rather than designing wings or gearboxes, James Allison suggests "communicating, and having an ability to get people to follow in a direction" to be his biggest strength.

This might come as a surprise, since the engineering community is typically good at, well, engineering. But Mr Allison explains that in the transformation from Engineering Do-er to Engineering Leader, one needs to become "adept at lining people up behind a challenge".

That's right. What quality can exponentially enhance your effectiveness and set you on the path to success? In a word - Leadership.

But Just To Clarify…

This isn't an article about bad bosses, or even bad management in general. Every single person has the capacity to be a leader. Strong leaders make for strong team culture.

And when you have a team of people capable of leading themselves first, then you have the foundations of the formula for success.

"Success is not an accident, but many different factors" is something James Allison is quick to point out. When true leadership is at the heart of business, a real team spirit and a unity of purpose can be achieved. It facilitates understanding of individual and collective limitations, and motivates everyone to give it their everything.  "We win and we lose together" says Mr Allison, and everyone wants to win.

Leadership nurtures and grows important assets, like people. It grows shared purpose. At Mercedes, this approach has developed team energy, and has meant that people are still nice to each other, even in the tough times, while striving for success together. This affords a stability that keeps people sticking to the team. Consequently the maturity within the team, without being ego-driven, creates quality people who make quality decisions. And the results speak for themselves: six consecutive double driver and constructor championship trophies.

You might however still think leadership should be left to management. Yet everyone has a part to play since, as James Allison acknowledges,  "No single designer is the architect of a car".

You don't need to be the boss to be a leader, as James Allison was shown - by Lewis Hamilton. One of Mr Allison's first encounters with Lewis Hamilton made a negative first impression however after the technical director cleared the air, the decorated driver sought to proactively build the relationship.

How did he do this? By sharing something that might've been small for him, but meant the world to James: he acknowledged James' pain: "I just want to say how sorry I was about your wife (who had sadly died about six months earlier). I am truly truly sorry, that's a terrible thing".

By having the courage to bring up an undoubtedly difficult and raw subject, Lewis Hamilton surprised James Allison with his sensitivity and consideration. This emotional literacy meant that for this one moment, it was a "less lonely world" for the grateful Allison. The empathy from Lewis in this interaction was a healthy deposit in the 'emotional bank account' of the new technical director, enabling a connection that would lay the foundation of sustained trust and consistent success.

As James Allison has said, great leadership isn't just technical, it's human. Hamilton demonstrated this by valuing the person before the skills.

Empathic communication is crucial for creating a culture of passionate approach and incredible synergy, so developing these skills will enhance your ability to lead yourself and others.

Mr Allison also mentions other soft skills such as the ability to influence, persuade, articulate, as well as speaking and writing, among his biggest strengths as a leader. Coupled with cultivating good values and behaviours, humility and humour, great leadership grows a team stronger, and focuses forward in the desired direction.

And The Results You Want

Great leadership brings teams together like prisoners planning a great escape, inspiring imagination, ingenuity, invention, and innovation. This conspiring collaborative effort spurs an impassioned shared purpose at Mercedes that can be achieved elsewhere with the same human leadership qualities at the core.