A Shocking Account From Calais’ Refugee Camp - ‘The Jungle’ 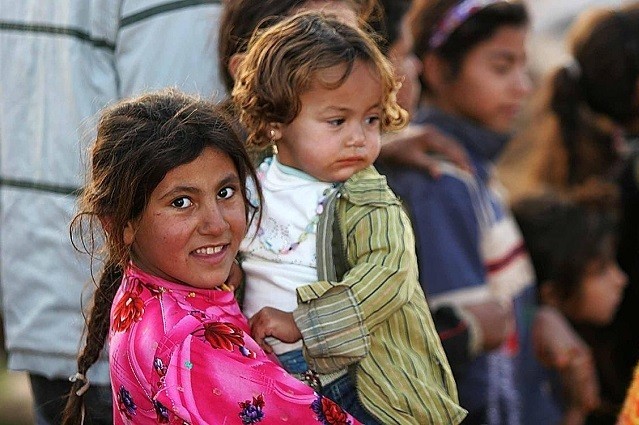 Image by James Gordon / CC BY 2.0 via Commons

A report has been published today by an ex-teacher from Manchester University, David Kraft, about his experience of volunteering to help the refugees in Calais’ infamous refugee camp, known as 'The Jungle'.

It’s a harrowing and inspiring story about the realities that many people are suffering through at this time of year and clearly David will never be the same again. David's example is powerful as he decided he couldn’t live with just making donations and wanted to take responsibility along with his friends to help. That’s not to say that everyone should now pack up and volunteer in Calais, but it does ask of all of us living in such relatively privileged, even luxurious circumstances, whether we could be doing more than just donating money?

Responsibility is a fundamental principle we all need to follow if we want to change ourselves or effect change around us. Sitting around and waiting for someone else to do it, could leave us all waiting a very long time… Ask your introducer as to how we can help you to make more of a difference with us and read more at The Guardian here...

101-Year-Old Woman Playing in the Snow Touches the World 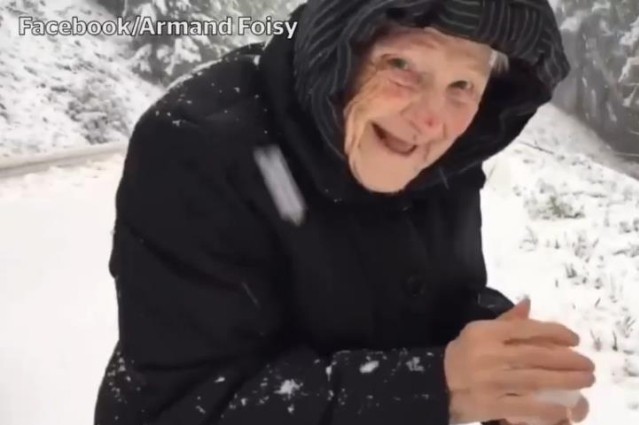 A video of 101-year-old Albina Foisy in Canada, caught playing in the snow has caught the hearts of millions online and made headlines in her home country! It was posted to Facebook by her son who quoted:

'Here's proof that if you find pure joy in the simple things you can live a 100 years'.

There’s also a lovely video of her reaction to seeing the story on the news too. Appreciation - seeing the value in things - is a key principle for leading a happy and joyful life. How can you possibly feel joy if you’re constantly complaining and moaning? It doesn’t take a lot of effort at all, just put your worries aside and look at what you can appreciate and be thankful for right now. Start there and watch how your feelings change. Read more and watch the video here at The Independent.

A wounded British soldier, Chris Herbert, who lost his leg in Iraq has written a very humbling message to anyone looking to label all muslims as terrorists. The accounts of his experiences, both in Iraq and on his return to Britain, will give anyone looking to blame muslims for the actions of a very small number of extremists reason to stop and think. To quote him…

"Getting frustrated by some people expecting racism from me, because I got blown up.

Yes. A Muslim man blew me up, and I lost my leg.

A Muslim man also lost his arm that day wearing a British Uniform.

A Muslim medic was in the helicopter that took me from the field.

A Muslim surgeon performed the surgery that saved my life.

A Muslim Nurse was part of the team that helped me when I returned to the UK.

A Muslim Healthcare Assistant was part of the team that sorted out my day to day needs in rehabilitation when I was learning to walk.

A Muslim taxi driver gave me a free ride the first time I went for a beer with my Dad after I came home.

A Muslim doctor offered my Dad comfort and advice in a pub, when he didn’t know how to deal with my medicines and side effects.

A white brit spat in my girlfriends face for ‘f****** a cripple when you could have me [him]’.

A white brit pushed my wheelchair away from a lift so he could use it first.

A white brit screamed at my Dad for parking in a disabled bay when I was in the services coming home.

(Although, alot of people helped in my recovery! I dont hate white brits either! hahaha)."

Being objective and putting aside any prejudice to enter our minds about people and situations is a principle we need to follow in order to keep us from ignorance and bigotry.

Read it in full at Tom Pride’s blog here, but be warned that there is some explicit use of language.

[whatsapp url="https://www.legends.report/humbling-account-calais-refugee-camp-101-year-old-woman-plays-in-snow-wounded-soldier-defends-muslims" title="A man who rallied friends to help at Calais refugee camp, an old woman reminds a nation of simple joys, and a humbling lesson in labelling groups of people..." ]