Skip to content
How Young People In Lebanon Cope Amid An Economic Collapse, A Pandemic & Civil Unrest

How Young People In Lebanon Cope Amid An Economic Collapse, a Pandemic & Civil Unrest 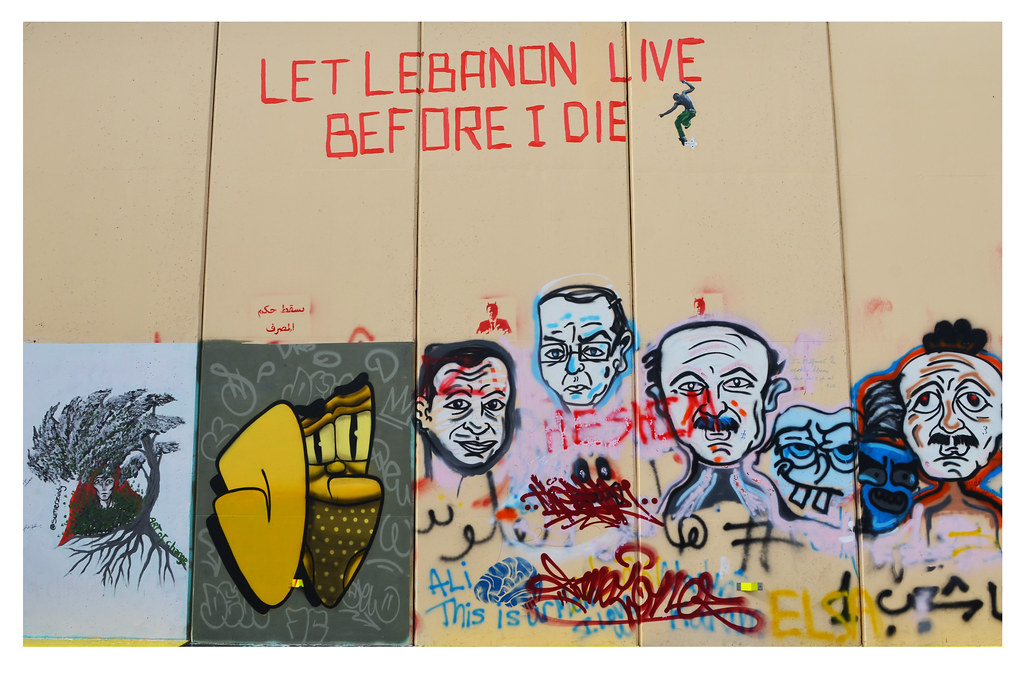 Names in this article have been altered to protect people’s identities.

Lebanon, once known as the Switzerland of the Middle East, is currently facing one of the worst economic crises it’s ever witnessed, and it has taken a toll on young Lebanese people such as myself and my friends.

The World Bank announced in March 2021 that if conditions kept worsening, Lebanon’s economic hardships could rank as one of the three most severe the world has seen since the mid-19th century. What is most astounding is the rapid decline of the currency’s value since the October revolution. We’ve attributed this decline to the smuggling of over $8 billion from Lebanon. To put it simply, former minister of Finance, Ghazi Wazni, confirmed public speculation when he announced that retrieving billions of smuggled money should be the government’s priority.

Since the 17th of October, 2019, experts have observed a concerning shift in numbers relating to Lebanon’s economy:

Lebanon kept sinking and fear of hunger rested heavily on our shoulders until the 4th of August 2020 when over 4 tonnes of highly explosive material, Ammonium Nitrate, stored at the Beirut port exploded. The Beirut blast, shrouded in mystery and frantic coverups, was an accumulation of years of negligence. The blast turned the world’s attention to us. Grieving eyes from neighboring countries who have once envied Lebanon’s wealth silently mourned.

Recent investigations show that many Lebanese officials knew of the ticking bomb that rested for 7 years at one of the Middle East’s most robust and busiest ports. Despite their knowledge, the elite’s greed and self-serving nature turned a blind eye until it couldn’t be ignored any longer. Selfishness really does self-destruct.

One year after the devastating blast that resulted in an estimated $20 billion in property damage, 218 deaths, and over 3000 people injured and homeless, living conditions have somehow worsened.

Our tears had just started to dry when another tragedy struck. The recent Akkar explosion, which took place days after the anniversary of the Beirut blast, left subjugated people who have been starving for diesel dead or with first-degree burns. Hospitals struggled to treat the injured as medical supplies are growing dangerously scarce. The port was our most important gateway to other countries, acting as an oxygen tank for many Lebanese hospitals. Now that it’s gone, many of us are left suffocating, tending to our burn wounds primitively.

Perhaps Beirut’s Biggest Loss Is In Its Youth

Quarantining during a global pandemic, an economic collapse, massive power outages, goods being smuggled to Syria leaving stores and pharmacy shelves empty, hospitals threatening to close their doors, and medicine and gas growing scarce all took a toll on Lebanon’s youth.

Amir, a dear friend of mine, who is a college graduate, was in Beirut during the blast. He summarises his experiences as heartbreaking. “Knowing that there's no future for me to look forward to, knowing that I'm stuck right where I am, wanting to do more, ready to work hard yet getting paid barely enough for my daily commute, my food, and, sometimes, coffee.” Amir is an example of a young graduate in Lebanon who is scarcely making $80 a month. His parents poured their life savings into his education, and he’s heartbroken that he can’t pay them back.

Save the Children, a Lebanese organization that aims to help children in Lebanon, addressed the increasing concern of young people’s mental health, especially after the blast. Despite recording an increased number of cases of depression and anxiety among the youth as well as higher rates of suicide and calls to suicide hotlines, conversations regarding the youth’s mental state during a pandemic, a depressive economy, and after the Beirut blast, are left out of the news as the urgent need to form a new government takes center stage. Ms. Dybdal of Save the Children has said that older children may hold feelings of guilt related to their parents’ sadness, anger, or confusion.

“I'm confused, tired, hopeless yet hopeful, sad, angry, very angry, scared, annoyed...Now group all these together and you’ll have my morning routine,” Amir said when asked about his mental wellbeing, “but I do cope. I was able to get back into more productive things like game development and learning chess... I'm bad at both, but I do enjoy them. Really anything that needs a lot of attention and allows me to zone out and escape this reality is great. If I had a VR headset, I'd probably be fired by now.”

After the resignation of the designated prime minister, Saad Hariri, who has spent 9 fruitless months attempting to reach an agreement on a new government with the slumbering president, Michel Aoun, a new politician known as Najib Mikati has taken his place, leaving much of us disenfranchised. “Everything you’ve been working hard for is gone, evaporated. Logically, when everything’s difficult to commit to, you don’t feel like doing anything anymore.” Tariq, a struggling graduate, said when reflecting on the past 9 months. Much like the currency’s value, conditions in Lebanon are worsening by the minute. The need for a mental and physical escape is on the rise.

Lilian Ghandour, an associate professor of epidemiology at the American University of Beirut (AUB), has led an investigation with over 500 subjects on their drug use. The ongoing study showed a spike in substance abuse as a means to escape the hellish reality of Lebanon. “I’ve been self-medicating with it [Ketamine] for over a year because I’m so anxious. Disintegrating. Almost everyone I know is using [drugs] or drinking because we’re losing money as we speak,” says Nadim, “You think that the government that let Beirut explode will help me – or fight Covid?”

“Drugs have always been a means to escape whatever is stressing me.” Amir added regarding his use of weed, which is illegal in Lebanon. The young man expressed that he used weed to relax, but now it has become a tool to escape his reality even though it has become much more expensive than before the crisis.

But not everyone resorts to drugs. “I try not to think about it [drugs]. I keep myself busy because if I were to sit down and think, I’ll get more depressed than I already am.” Tariq added. The promise for a visa has been keeping some of us abstinent. Recently, Tariq has been trying his best to secure a visa to any country that would take him, and much like Tariq, many of my friends and other young people wish to leave by any means. That’s all they talk about. We no longer discuss future plans, dreams, or even what’s on TV. We ask one another if they’ve been accepted for a visa, and if they will ever come back.

While some have been trying the legal route, the more desperate of the crowd are contacting people smugglers. The word desperate is the drive for most young people in Lebanon, whether they are affluent or have been financially struggling even before the crisis because although goods and services have tripled in price, shelves in stores and pharmacies remain half empty. Most young people, despite their cynicism, continue to volunteer to help the less fortunate when they themselves need help as well.

Our hope lies outside the borders. Foreign countries such as France, who have always had a friendly relationship with Lebanon, have condemned the ruling elite and have announced an immediate call for action. Donations, investments, and any outside help have all ceased to pressure the unabashed president at the price of the people. If the newly formed government fails in its mission to implement immediate change in the upcoming months, as Van Gogh’s last words say, the suffering will last forever.

Despite my cynicism and my inability to motivate myself enough to conclude this article, I constantly advocate for mental health. No matter our backgrounds, all Lebanese people share the same hardships, and I urge anyone in Lebanon to seek help for their mental wellbeing or drug abuse. If you’re interested in joining an online support group organized by us for young Lebanese people, please email us your contact information (Email, Phone number...) and someone will be in touch with you soon. Currently, Embrace Lebanon is one of the most sought-after suicide prevention clinics that you can contact. You can also donate to them.

You can also join support groups online through Zoom to talk about any hardship no matter how small: Compeer Lebanon

You don’t have to be alone. There is always help once you allow yourself to receive it.