How Winston Churchill Saw "A Kind of United States of Europe" 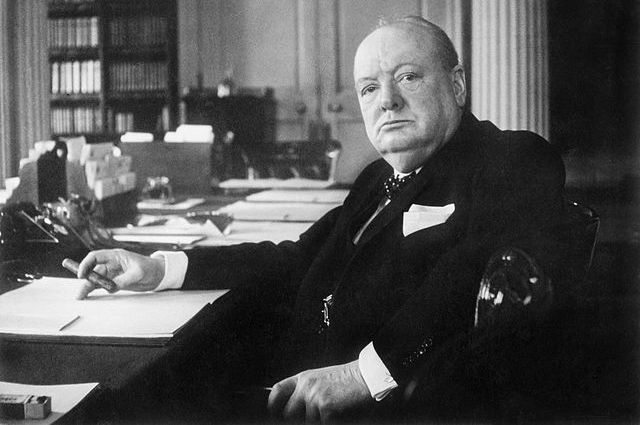 
Winston Churchill was a politician, soldier and writer who led Britain through some of worst periods in its history. In the Legends Report I often write about inventors, scientists and industrialists. This is because it's a passion of mine to invent. To feel an idea come from nothing to a finished invention is incredible and gives a huge sense of service and pride. It feels this way because, in essence, the act of inventing something involves overcoming a challenge and solving a problem that helps people to live a better life. Politicians don't usually make it onto my list of people to write about, however in light of the recent vote in the UK to leave the EU I felt this was a very important story to share...

Sir Winston Churchill envisioned a new model to run not just Great Britain, but to help the entire continent of Europe to make sure the horrors and terrors of two world wars would never have the chance to happen again. He was planning to unite the "European Family" in such a way that everyone would be able to live in peace and safety.

"In 1946 Churchill delivered another famous speech, at the University of Zurich, in which he advocated a ‘United States of Europe’, urging Europeans to turn their backs on the horrors of the past and look to the future. He declared that Europe could not afford to drag forward the hatred and revenge which sprung from the injuries of the past, and that the first step to recreate the ‘European family’ of justice, mercy and freedom was “to build a kind of United States of Europe. In this way only will hundreds of millions of toilers be able to regain the simple joys and hopes which make life worth living”.

- European Commission, 'The Founding Fathers of The EU'

This extract describes how Sir Winston Churchill saw the need for what is now the European Union and why it is so essential to the prosperity of every member state. Three years after his speech in Zurich, on the 5th of May 1949 the Council of Europe was formed to ensure peace and after that, in 1959 the European Court of Human Rights was established.

Winston Churchill did not invent the European Union. No single person on their own could ever establish something like European integration by themselves. He did however, see the bigger picture by putting in place many of the ideas, philosophy and practical mechanisms of the European Union. He helped build a union whose primary purpose is to ensure something that perhaps we have grown used to in Europe over the last 80 years - peace between nations. Something to reflect on given the recent referendum in the UK.

What do you think is Europe's greatest accomplishment, and it's greatest failing? Share in the comments below...