Skip to content
How Steve Jobs Found His Mentor

How Steve Jobs Found His Mentor 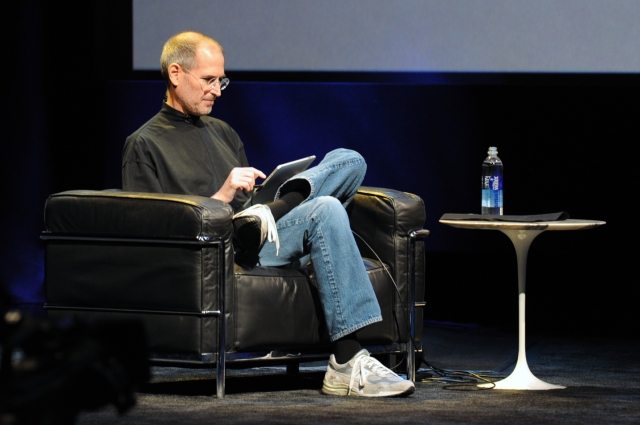 A little-known fact is that one of Steve Jobs’ first and most influential mentors was Bill Hewlett - CEO and Co-Founder of Hewlett-Packard. In an extract from Walter Isaacson’s biography of the late Apple CEO, he shares how this relationship started when a 12-year-old Steve Jobs called up Bill Hewlett at his home. There were a few things that Steve did to build a relationship with Bill Hewlett and these are things we can all apply in our own lives…

1. Having a Fascination to Learn

It was through spending time with his foster father Paul Jobs (who worked as an engineer) that Steve Jobs developed his passion for electronics that would end up lasting a lifetime. All of his spare time was spent experimenting with technology and exploring what was possible. Later when working at Hewlett-Packard, Steve Jobs was relentless in his questioning of HP employees in order to make the most of the opportunity.

2. Looking for Opportunities & Actually Going for Them!

From a young age, Steve Jobs sought out opportunities and went for them when others dared not to. Because of that, he sought out Bill Hewlett’s phone number...

“Back then, people didn’t have unlisted numbers. So I looked up Bill Hewlett in Palo Alto and called him at home. And he answered and chatted with me for twenty minutes. He got me the parts, but he also got me a job in the plant.”*

From an early age Steve Jobs had good people around him. Even in the fourth grade, he was supported by an inspirational teacher, Mrs. Hill, who saw his potential...

“I learned more from her than any other teacher, and if it hadn’t been for her I’m sure I would have gone to jail.”*

It was a neighbour who introduced him to the Hewlett-Packard Explorers Club, which was how he became aware of Bill Hewlett and consequently approached him. The job at HP led to mentorship from Mr Hewlett himself and his fellow co-founder Dave Packard.

From the Pepsi CEO to Bono, Steve Jobs is proof that every legend works hard to build a powerful network. He was not born with this network or the ability to build a global business - he learned how to do it.

You may not know what you’re passionate about, you may not have a great network of people or even know where to start to achieve your goals. However, the reality is ALL of these things can be learnt when you have the absolute desire and hunger to.

[whatsapp url="https://www.legends.report/how-steve-jobs-found-his-mentor/" title="Thought you'd like this article from the Legends Report, it's on how Steve Jobs found his mentor..." ]