How Reese Witherspoon Overcame Her Terrifying Fear of Public Speaking 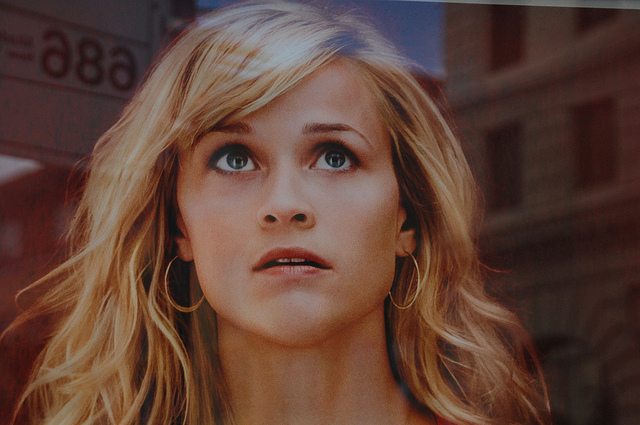 
"Because of this experience, I know that if I want to do things that matter, I need to get comfortable with being uncomfortable. I worked through my fear because I put myself in a difficult situation over and over again until my anxiety subsided."

Would it surprise you to know that the globally recognised Hollywood actress Reese Witherspoon had a terrifying fear of public speaking? Would it surprise you more to know that this fear was only overcome in recent years; even after starring in many lead acting roles, achieving numerous awards and nominations for her performances? Well, it was when the company Avon approached her to be a global ambassador for its foundation that she decided she needed to face this fear.

This opportunity with Avon was extremely close to Reese Witherspoon's heart; the chance to speak about issues she felt incredibly passionate about - addressing audiences and influential figures on women's empowerment, breast cancer and domestic violence. Yet, it was an opportunity she was prepared to pass up because of her fear.

Facing Her Irrational Fears Because it Meant Enough...

"Even though I am more than comfortable speaking in character on a crowded movie set, the idea of standing up in an auditorium full of people, in the glare of the press, and giving a speech that shared an important message, well, that level of formality and responsibility terrified me."

Ms Witherspoon shared her fears with friends, family and her team who were surprised by her concerns. Suddenly they were exposed to the deeply hidden vulnerabilities of a confident high-achiever who would actively encourage others to pursue their dreams. After their initial surprise it was their support and belief in her that positively influenced her to accept the role.

"In the end, I listened to my heart. This was my chance to help create change in the world, and to reach out to other women in need in a way I never had the ability to do before. I could continue to contemplate, ruminate and basically drive myself crazy with endless questions and visions of failure and embarrassment, but deep down, I knew I needed to face my fears and accept the challenge."

The Realisation that Changed it All... it Wasn't About Her!

Reese Witherspoon spent two years trembling as she spoke to audiences across the globe, but she came back again and again - facing her fear each time she spoke. Her commitment was appreciated by those Avon representatives who saw her come back year after year, and it was interacting with them that helped her make a powerful shift in the way she felt about public speaking.

"I gradually realized they weren’t focusing on me; they were celebrating the message. And that realization at last allowed me to relax (a little!). It didn’t matter if I stumbled, or shook, because what I had to say was truly meaningful."

What we can all learn from Reese Witherspoon's example is that getting caught up in our fear of embarrassment and making mistakes can easily get in the way of wonderful opportunities. If we want to do the things that are most meaningful to us, then it will require us to exercise the courage to be vulnerable and face those deep-rooted fears we all have. Public speaking is just one situation, but this could relate to many everyday situations in our personal and professional lives. The more we focus on what's most important rather than our own self-image, the more we free ourselves to pursue our passions in life.

To read more about Reese Witherspoon's experience of overcoming her fear, check out her inspiring story on Sheryl Sandberg's LeanIn blog.