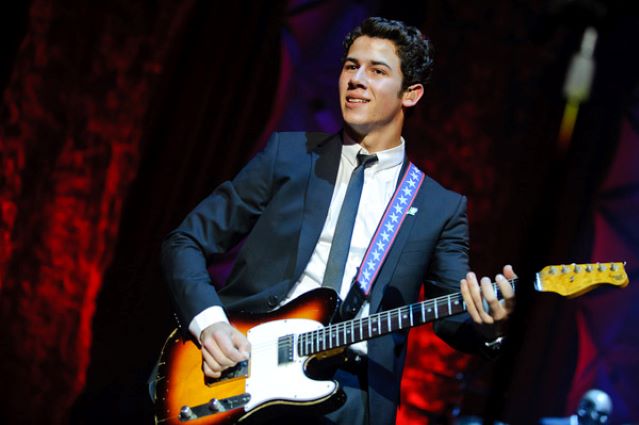 
“I want to let kids know that it doesn't have to be so hard. The most important thing is to never ever let yourself get down about having diabetes because you can still have a really great life.”

Singer-songwriter and actor Nick Jonas was diagnosed with Type 1 Diabetes at the age of 13 and spoke openly about having the illness in 2007 during a US performance. Now 28, Jonas stated that his fans have been invaluable in supporting him to acknowledge that he is not alone and there are other people who are undergoing the same struggle.

One particular symptom Nick Jonas experienced was changes in his mood which was challenging for him to deal with.

“I had a terrible attitude, which was odd for me because I'm actually a happy person. Being on the road around people all the time, you have to keep that positive attitude going. And it was hard."

Nick Jonas would treat himself with multiple injections and check his blood glucose levels 12 times a day. This was extremely challenging for him as the regime did not fit well with his life as a musician.

"When we were on the road, I'd be in the back trying to give insulin shots and manage my diabetes, and it was just too hard. I was getting frustrated. I knew that I needed something different."

He then decided to try out a different treatment to manage his diabetes, an insulin pump which is a patch pump that sits on the body without any tubing.

From Victimhood To Empowerment

Nick Jonas also admitted that, when he was diagnosed, he initially thought "Why me?" Though he then realised he might be able to help other children with Type 1 diabetes. What led Mr Jonas to change his mindset from victimism to self-empowerment was his ambition to support and encourage others with or without diabetes and anyone going through their own challenges such as health or mental health problems, as well as problems arising in any aspect of life. Nick Jonas knew that he would need to adopt a positive outlook of his illness and self-empower to effectively help others and promote meaningful change.

Nick Jonas now describes himself as “healthy and happy”. He makes sure to keep his blood sugar levels in control as much as possible and lead a healthy lifestyle. Strengthening his mental health also had a significant impact on his physical health since Nick Jonas’s transformed and positive mindset on diabetes enabled him to start  eating right and exercise.

"Prioritizing my physical health, working out and eating healthy and keeping my blood sugar in check. I have full control of my day to day with this disease, and I'm so grateful to my family and loved ones who have helped me every step of the way."

Nick Jonas is co-founder of Beyond Type 1, an organisation that utilises social media platforms to educate children on living with and managing diabetes. He also recently became a diabetes ambassador for Bayer Diabetes Care and has written a book titled "A Little Bit Longer" to encourage young diabetics to live their lives to the fullest.

Moreover, he has founded ‘The Change for the Children Foundation' with the support of his brothers and has donated $750,000 to diabetes research and treatment. Mr Jonas has certainly shown us that a daunting diagnosis can be turned into an opportunity for self-advocacy and the ability to support others.

He has also shown us that no matter what your illness or problem or any difficulties you may be experiencing, you should never let that stop you from doing anything you desire or reaching your fullest potential and most of all to never give up because to succeed you require hard work, perseverance and the drive to keep learning.

Differences Between Type 1 And Type 2 Diabetes

In type 2, the pancreas is unable to produce enough insulin, or the insulin produced does not work properly.

Some causes can put at risk of type 2 such as family history, ethnicity, being overweight or obese and diet.

Symptoms can be easily missed as they appear slowly.

Type 1 is managed by insulin to regulate blood sugar levels.Type 2 can be managed in more ways than type 1 such as through medication, exercise, diet and insulin. Cure and PreventionThere is currently no cure for Type 1. Type 2 cannot be cured but there is evidence that shows it can be prevented and reversed.

A big difference between the two is that type 1 isn’t affected by your lifestyle including your weight. That means you can’t change your risk of developing type 1 by lifestyle changes. People up to the age of 40 are more likely to be diagnosed with it, especially children. Most children with diabetes have type 1.

Nick Jonas’s work and support has had a significant impact on people with diabetes from creating an increased awareness of the disease, living, and managing well with diabetes to feeling empowered and motivated.

The multi-platinum recording artist and philanthropist continues to support charitable causes close to his heart while empowering young people to pursue their dreams despite their obstacles. He has advocated for multiple significant causes, including health, human rights, and, most prominently, diabetes.

An interview with Nick Jonas from Beyond Type 1