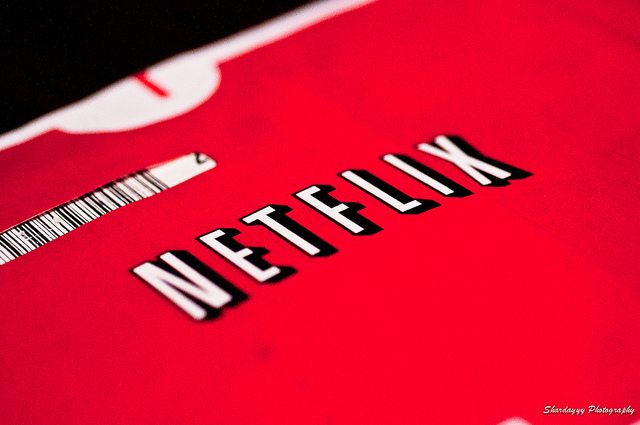 
Have you ever had an idea you thought was really good but never quite got it out there? Or have you ever tried your best to do something only for it to come crashing down?

While the word Netflix is pretty much a verb now - you can just Netlflix that film or TV series - it hasn't always been easy for the company - it has faced its fair share of ups and downs. In fact if you're trying to do anything new, anything pioneering, anything different to what's currently going on, you're going to make a few mistakes along the way. It's part of the creative process and below, you'll get an insight into how the Netflix CEO, Reed Hastings views honesty, creativity and trying something new...

Learning Humilty: The Mark of Being a Leader

"Going through marriage counselling 20 years ago was really how I moved to become a better manager and leader... to see I was often lying to myself and to my wife."

In 2011, Mr Hastings and his team made a decision that went wrong; to raise their prices for the DVD rental and streaming service. It was a decision that was poorly communicated and mishandled. While the company could have ignored the reaction or simply changed the prices back, Mr Hastings decided to make a public apology to his clients for what he had done. He knew that hiding from the problem would only make it worse - but he only learnt that from a more painful experience of going through marriage counselling. With the help of his counsellor, he soon realised that he was telling himself things in his head that contradicted his behaviour. He realised that unknowingly, he was actually lying to himself! Having the humility to admit our mistakes is such a big asset, because we can become better. If we don't see those things, then we'll remain stuck in our lives! Check out this brief interview below...

Trying Something New: Taking a Risk

When Netflix decided to start producing original content, their first show was House of Cards. And while the team was always optimistic, they could never know for sure if it was going to be a hit or not. For instance, there are many shows on Netflix that you haven't heard of! Some things work, some don't, but the bottom line is that you never know until you try. We can either play safe and be content with what we have, or take calculated, well-timed, well-informed risks that can open up a whole world of opportunities. As Mr Hastings says,

Very often, that fear of what someone will say, whether the idea is good enough or not...that fear stops us in our tracks. And it's such a shame, because while some of those ideas may not be good, there is so much value we have in what we know. Legends over time have proved it's not about how smart you are (Steve Jobs being one of many who didn't finish University). We don't realise it but we actually have a lot we can offer the world around us. Even if that's one idea to improve the conditions at work, or a change in the way our family member relate to each other. What we need more than anything is people who want to take enough of a risk with their ideas to improve the world around them.

The thing is, no one does it alone. Reed Hastings shares in the video above about his team and how they all worked together. An idea may start with one person, but when we have great people around us, that's when it comes to life.

Russell Brand: Have You Ever Been In a Toxic Relationship?