Skip to content
How Has Arianna Huffington Designed Her Morning Routine For Success?

How Has Arianna Huffington Designed Her Morning Routine For Success? 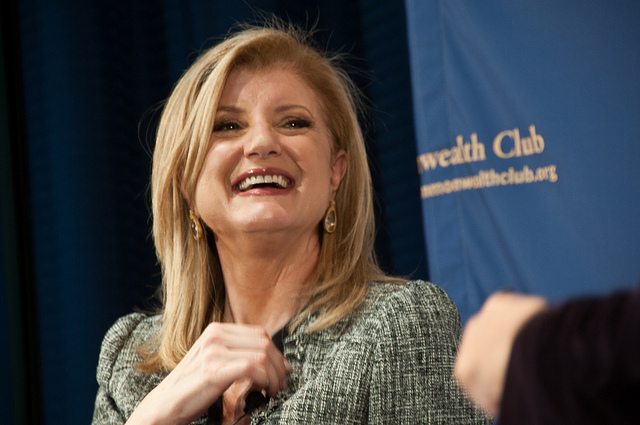 
Arianna Huffington has recently left her full-time role at the Huffington Post that she founded, in order to launch her next venture; Thrive Global. Through this, she is focused on helping people to lead more balanced and successful lives. So what is the routine she follows that has enabled her to create organisations with global reach?

In an interview with the site; My Morning Routine, Arianna Huffington shared how she has been following her morning routine since 2007. This interview explains what she practises and why she's been able to do so.

She Has a Strong Reason Why

When we are very clear as to why a certain habit is important to us, we are far more likely to stick with it. Ms Huffington is committed to following through on her morning routine, because of the negative consequences she experienced when she did not actively pursue a balanced life. In her interview she shared the reason why this is so important to her:

"I really began to take my morning routine seriously after my painful wake-up call in 2007, when I fainted from sleep deprivation and exhaustion, hit my head on my desk, and broke my cheekbone."

"I treat my transition to sleep as a sacrosanct ritual."

It can be very easy to see the morning in isolation to other parts of the day, but a big part of Arianna Huffington's morning routine is ensuring she has a good night's sleep... this then enables her to wake up in the morning without an alarm. In her case, she encourages relaxation through removing electronic devices from her bedroom, a hot bath and reading fictional books. She places high importance on this part of the day, and adapts her routine according to the pressures she is facing, by ensuring she goes to sleep in a relaxed state.

She Recognises What's Important To Her First Thing In The Morning

Arianna Huffington has decided where her attention needs to be at the start of the day. She thus avoids looking at her smartphone; instead, she starts the day with 20-30 minutes of meditation followed by 30 minutes on her exercise bike, and then 5-10 minutes of yoga stretching. Heading up the Huffington Post has meant that accessing email at the start of the day is important to her, but not before clearing her head through meditation practice.

"I’m a big proponent of silencing the voice of self-judgement and self-doubt in our heads, which I call the obnoxious roommate. It’s the voice that feeds on putting us down and strengthening our insecurities and doubts."

She Is Patient With Herself When She Doesn't Follow Through

We may judge ourselves when we fail to complete a habit, which in the case of a morning routine can have a negative impact on the rest of the day. Arianna Huffington recognises that there may be days when she is unable to keep her commitment, but she deals with this maturely.

"Being committed to a routine is, of course, what makes it a routine. That said, on some days life intervenes or we get off track. And when this happens, I try not to judge myself or let it negatively influence the rest of my day."

The Importance of Balanced Self-Renewal

What Arianna Huffington exemplifies through her actions is practising the principles of balanced self-renewal. She shows us that practising this each day (rather than simply at weekends or on holiday) is possible, and that this routine can actually enable a successful career.

More about Arianna Huffington's morning routine can be found on My Morning Routine.

You may also want to learn more about her view on failure and success as well as why she has been described as the world's best networker.

Sign up to receive complimentary insights from legends to then apply in your life, career or business!

Why Do We Procrastinate and How Do We Stop?

The Shocking Profiteering From The Ukrainian Crisis

Understanding Our Anxieties About Having the ‘Right’ Career

Why Arabs Are Bad At Leading Themselves