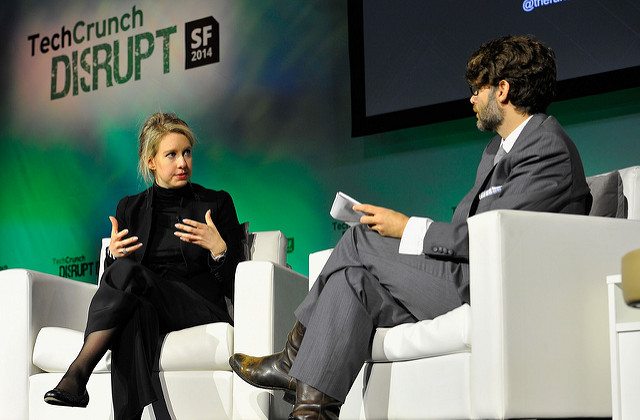 
Imagine if you had dropped out of university and invested 13 years of your life to develop a solution that you feel would positively impact millions of people's lives, how would you cope with public criticism and the prospect of being banned from working at the company you started? This is the current reality of Elizabeth Holmes; the world's youngest self-made female billionaire and founder of Theranos; a pioneering blood-testing company.

So how did she handle the prospect of being taken away from the company she has built from scratch, because of mistakes that were made?

Rather than run away and hide behind spokespeople, last week Elizabeth Holmes spoke publicly in an interview on NBC's Today show. Here's the video of the feature and interview with Maria Shriver.

In response to one of her labs violating government regulations she said the following;

"We've stopped testing and we've taken the approach of saying 'let's rebuild this entire laboratory from scratch so that we can ensure it never happens again'. I feel devastated that we did not catch and fix these issues faster."

She could've easily denied the claims and blamed the authorities, but instead she decided that honesty was the best policy and acknowledged that mistakes were made. As founder and CEO, she stressed she is the person responsible for these mistakes and is committed to making things right. Elizabeth Holmes sees responding to this challenge, as part of her role as a leader and a pioneer, she knows she will face criticism precisely because she wants to make a positive difference in the world. She also recognises that taking on these challenges is helping her to become a better person.