Skip to content
How Do These 10 Legends Manage Stress?

How Do These 10 Legends Manage Stress? 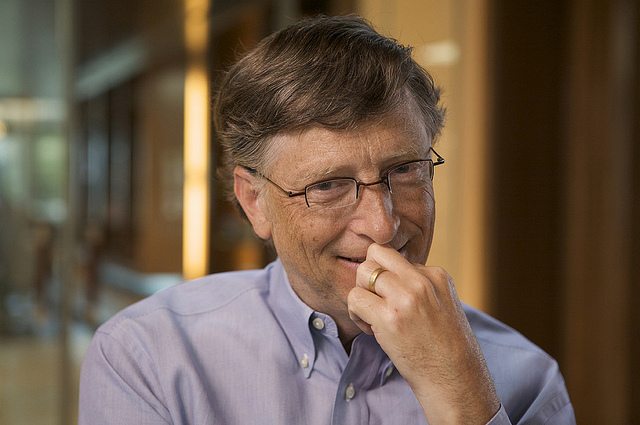 A legendary trait of successful people is developing the self-awareness and discipline to bring balance to their lives as a whole.

In today's fast-moving world, too much stress and not enough balance in our lives is a genuine threat to our happiness and well-being.

Successful leaders, entrepreneurs and CEOs are human like the rest of us and not exempt from the risks of stress. With incredibly demanding lifestyles, they make sure they develop habits that will reduce stress and help keep them balanced and energised - and there's a lot we can learn and apply in our own lives. Here's what 10 legends do including billionaires likes Bill Gates, Sheryl Sandberg and Elon Musk...

Bill Gates Reads Before He Goes To Bed

The world's richest billionaire insists on reading for at least an hour before he goes to bed - no matter how late it is! He explains where this habit started...

"I really had a lot of dreams when I was a kid, and I think a great deal of that grew out of the fact that I had a chance to read a lot."

When you are CEO of one of the world's largest corporations (Apple), you are bound to be criticised for you and your company's actions. Tim Cook approaches cynicism with a pinch of salt for the following reason:

"In today's environment, the world is full of cynics and you have to tune them out. Because if not, they become a cancer in your mind, in your thinking, and you begin thinking that you can't or that life is negative."

Meg Whitman is the CEO of Hewlett Packard Enterprise, but in a fast-paced career she prioritised time for fly-fishing! When asked about the reason for starting, she said in an interview with Fast Company:

The billionaire investor uses music to unwind, here he is in action with none other than rock legend Jon Bon Jovi!

Sheryl Sandberg Sleeps With Her Phone Switched Off

The COO of Facebook values her sleep more than responding to calls or emails during the night. She finds it hard to 'unplug', but explains her reasons for this:

"So I won't get woken up. I check my e-mail the first thing in the morning, and the last thing at night."

Jack Dorsey Sticks To His Schedule

The billonaire co-founder and of Twitter, Jack Dorsey sees healthy habits and routines as a means to reduce stress:

"I think generally, stress comes from things that are unexpected. The more you can set a cadence around what you do and the more ritual and the more consistency you can build in your schedule, the less stress you're going to have."

The CEO of YouTube believes that work-life balance is important and hence family breaks are a way to achieve that. However, she also sees that stepping away from the daily grind has business benefits as well:

"I think it's really important to take time off. I've also found that sometimes you get really good insights by taking time off, too."

Elon Musk is the billionaire entrepreneur pioneering progress in areas like clean energy and space travel, which naturally come with their own stresses! There have been times when his back has been completely up against the wall and at a summit in 2013, he explained that having a healthy relationship with fear was key to coming through stressful situations:

"Fear is finite, hope is infinite. We are afraid of failing, but it doesn't stop us from trying. People should certainly ignore fear if it's irrational. Even if it's rational and the stake is worth it, it's still worth proceeding."

Indra Nooyi Focuses On Her Self-Confidence

PepsiCo's first female CEO Indra Nooyi was encouraged to build her confidence from an early age, as she shared on a female leadership panel:

"Every night at the dinner table, my mother would ask us to write a speech about what we would do if we were president, chief minister, or prime minister — every day would be a different world leader she'd ask us to play. At the end of dinner, we had to give the speech, and she had to decide who she was going to vote for."

These early debating experiences served her well through the early part of her career, as described by Business Insider:

"Nooyi's confidence and work ethic helped her achieve an MBA from the Yale School of Management in 1980 and to start building a successful career. Early on, she said men wouldn't make eye contact with her in meetings and would consistently check her answers with one of her male colleagues. But rather than wilt under the pressure, she began to call men out on their actions, and it wouldn't take long for them to realise she was highly adept at her job."

Laughter Is The Best Medicine For Jeff Bezos

The Amazon founder Jeff Bezos has recently risen to become the world's second-richest person in the world. In an interview with the Academy of Achievement, he said that his way of dealing with pressure, stress, setbacks and disappointment is:

"In my particular case, I laugh a lot."

He went on to explain more about how his understanding of stress influences the way he deals with stressful situations:

"Stress primarily comes from not taking action over something that you can have some control over. I find as soon as I identify it, and make the first phone call, or send off the first e-mail message, or whatever it is that we're going to do to start to address that situation — even if it's not solved — the mere fact that we're addressing it dramatically reduces any stress that might come from it."

Your Attitude Determines Your Life!

If there is one thing we can learn from these legendary examples, it's that they approach stress and life in general head on, with a positive attitude! The first fundamental principle of building a successful and happy life is Personal Vision - in other words the outlook we have onto the world.

Successful people make sure to continually develop a more positive outlook and positive mindset and it's how they see stress and fear that helps them to deal with it. They don't see it as something to be shut out and run away from, they see it as part of life and embrace it so they can learn and get better.

The reality is that our outlook on life determines 99% of the way we think, feel - and so therefore, behave - so it's something which needs constant work and attention.

Here's the original Business Insider article from which these examples came.

Do you find yourself getting stressed out frequently? Here's an article you should definitely check out for how to make stress your best friend!