Skip to content
How Did Uber Recruit Arianna Huffington To Its Board?

How Did Uber Recruit Arianna Huffington To Its Board? 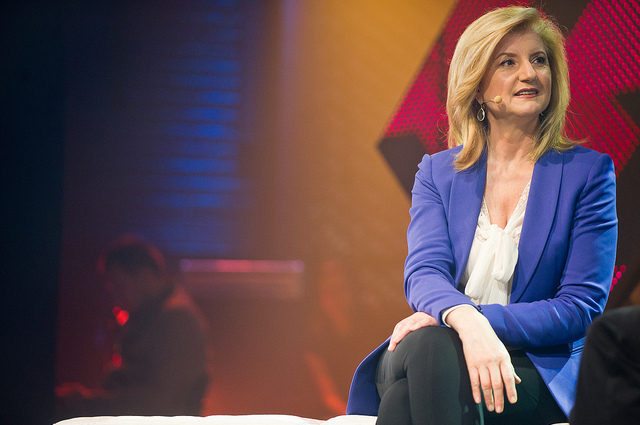 
At the end of April, Uber announced that Arianna Huffington had joined its board. Arianna Huffington has been described as the world's best networker, with an enviable network made up of global leaders and household names like President Barack Obama and Oprah Winfrey. Undoubtedly, she is offered plenty of opportunities to offer her expertise and she for one could be excused for turning down the opportunity because of her existing commitments. So if you are looking to recruit high-calibre leaders to your company, charity or social enterprise, then there's plenty to be learnt from this experience.

It Started With a Strong, Mutually-Beneficial Relationship

It's important to highlight that this was not a completely fresh approach. Arianna Huffington already had an established level of trust with Uber's Co-founder and CEO; Travis Kalanick. In her announcement on LinkedIn she described her relationship with Mr Kalanick in the following way,

"In the last few years, he has become a close friend, and I have been inspired by the big, bold bets he is constantly placing, by his gift for innovating his way out of challenges and by his ability to execute at the most detailed level."

Travis Kalanick has also already helped Arianna Huffington with her work of growing the Huffington Post - both are building global enterprises after all!

"There is already a lot I’ve learned from Travis that is helping me run The Huffington Post: relentless prioritization, the willingness to recruit the unrecruitable, and an unwavering commitment to improving the product, the customer experience, the organization, and himself!"

The Opportunity Was In Line With Shared Goals

Because of the shared level of ambition it was clear that Ms Huffington's decision to join the Uber board would help her to live her mission. When sharing why she decided to get involved, she said,

"[This] represents for me an opportunity to have an impact on a global scale in a way that truly adds value to people’s lives — which are also priorities for us at The Huffington Post."

In order to ensure that the opportunity was right for both of them, Travis Kalanick was very thorough in the way he prepared Arianna Huffington for the invitation to become part of the Uber board.

Here's the CNBC interview with the two of them that highlights how an existing relationship and comprehensive preparation process enabled Travis Kalanick to invite Arianna Huffington to be more involved in the global expansion of Uber.

So if you are keen to bring on the right people to your team, then the starting point is to build a relationship based on shared values and goals before speaking about professional opportunities. It's not about money and reputation! That is why we have set up initiatives like the Legends Golf Network and Sports 4 Water to give people the place to connect first, before looking at career or business opportunities.

To read more about Arianna Huffington's decision, here's her announcement on LinkedIn. We've also featured her in a previous article about why she is the world's best networker.

Sign up to receive complimentary insights from legends to apply in your life, career or business!