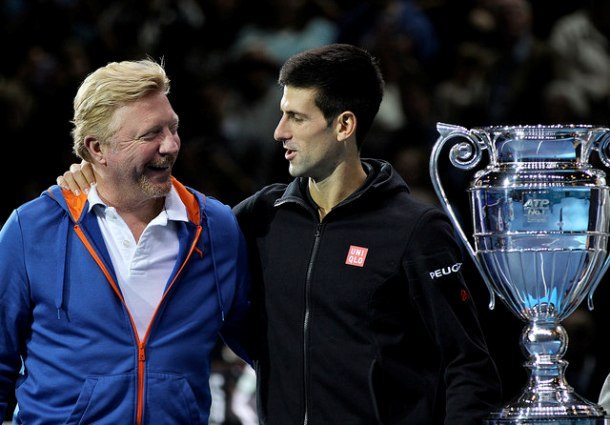 Boris Becker is the youngest player ever to have won Wimbledon. He was a fearless teenager aged 17 when he became Wimbledon champion for the first time. He started to play tennis at an early age and had the absolute will to succeed. In addition to his parents, he had his coach and manager supporting him to build the self-belief and confidence he needed to win. With an incredible amount of training, discipline and dedication, not only did his dream of becoming a professional tennis player come true, but he also became a sporting legend...

After he retired from his playing career Becker needed to find a new vision and role for his life. He had a few years where he was in the media more because of stories relating to his private life than for his sporting achievements. In the eyes of many people he seemed to have lost his way. He had an affair while his wife was pregnant, got divorced, was charged for tax fraud and had challenges in relation to his business interests.

Reflecting on his mistakes, Becker is quoted as saying,

Almost two years ago Becker became Novak Djokovic's coach. He helped Djokovic come back to becoming the number one tennis player in the world; recently helping him win the 2015 Wimbledon title.

In a recent interview with the BBC Becker said,

“There are many disadvantages of getting older, but one of the advantages is you become a little calmer, a little wiser, you understand more who you are and who you are not.”

Through finding meaning again, understanding himself better, becoming more disciplined and finding ways to put his love for tennis into practice, Boris made a positive difference to the game of Djokovic as well as his own life. Essentially he had found meaning and purpose in his life once again.

During this year's Wimbledon final, Andy Roddick (3-time Wimbledon finalist) shared on the BBC that he had asked Becker why he had come back into coaching, he relayed that Boris said, “I missed the adrenaline”.

Becker's coaching is definitely making a positive impact on Djokovic who said that the latest Wimbledon trophy was as much Becker’s as it was his because of the help he received from his coach.

Becker's turnaround is a great example of someone wanting to succeed, not giving up when life is hard while developing the vision and the meaning to give back to others. His partnership with Djokovic demonstrates a little-known fact - when the relationship is right, a mentor can often grow and benefit just as much, if not more, than the mentee.

Here is a recent BBC interview with Boris talking about his experience of winning Wimbledon as a 17-year-old...

[whatsapp url="https://www.legends.report/jennifer-aniston-finding-happiness-by-facing-her-anger/" title="Thought you'd like this article that inspired me, how Jennifer Aniston found happiness by facing her anger." ]