Sheryl Sandberg - How the COO of Facebook Coped With Extreme Loss... 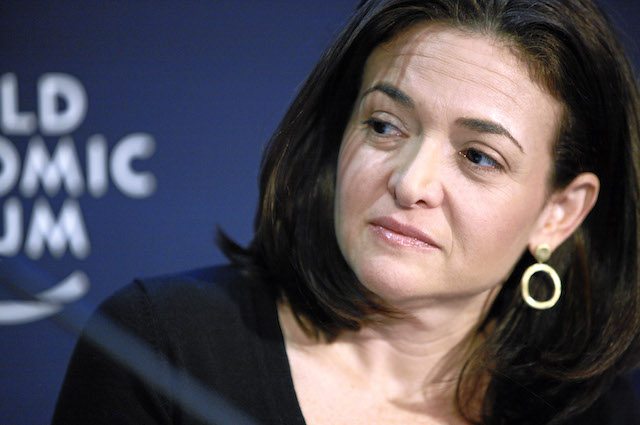 Imagine for a moment you were a globally respected executive, best-selling author, happily married with two kids; a role model for millions, voted as one of the most influential people in the world and worth around US $1 Billion. Life would be pretty good, right?

Imagine then that your spouse suddenly dies from a freak accident whilst on a family holiday which turns your world completely upside-down. What would you do? This is the real-life story of Sheryl Sandberg - the current Chief Operating Officer of Facebook, who tragically lost her husband (Dave Goldberg - CEO of SurveyMonkey) in May 2015.

After a month of mourning she published a very emotional post on social media sharing her experience of losing the love of her life and father of her two kids. Below are some extracts on her personal journey as well as her return to work….

"A childhood friend of mine who is now a rabbi recently told me that the most powerful one-line prayer he has ever read is: “Let me not die while I am still alive.” I would have never understood that prayer before losing Dave. Now I do.

I think when tragedy occurs, it presents a choice. You can give in to the void, the emptiness that fills your heart, your lungs, constricts your ability to think or even breathe. Or you can try to find meaning. These past thirty days, I have spent many of my moments lost in that void. And I know that many future moments will be consumed by the vast emptiness as well.

But when I can, I want to choose life and meaning.

And this is why I am writing: to mark the end of sheloshim (Jewish mourning period lasting 30 days) and to give back some of what others have given to me. While the experience of grief is profoundly personal, the bravery of those who have shared their own experiences has helped pull me through. Some who opened their hearts were my closest friends. Others were total strangers who have shared wisdom and advice publicly. So I am sharing what I have learned in the hope that it helps someone else. In the hope that there can be some meaning from this tragedy.

For me, starting the transition back to work has been a savior, a chance to feel useful and connected. But I quickly discovered that even those connections had changed. Many of my co-workers had a look of fear in their eyes as I approached. I knew why—they wanted to help but weren’t sure how. Should I mention it? Should I not mention it? If I mention it, what the hell do I say? I realized that to restore that closeness with my colleagues that has always been so important to me, I needed to let them in. And that meant being more open and vulnerable than I ever wanted to be. I told those I work with most closely that they could ask me their honest questions and I would answer. I also said it was okay for them to talk about how they felt. One colleague admitted she’d been driving by my house frequently, not sure if she should come in. Another said he was paralyzed when I was around, worried he might say the wrong thing. Speaking openly replaced the fear of doing and saying the wrong thing."

Sheryl Sandberg’s story is a deeply moving one of what it really takes to deal with extreme loss. What I appreciate the most is the way that she’s faced the most intense challenge of her life and looked for the meaning in it. What stands out is the way she wants to make a difference to others in spite of her own pain and suffering. She’s not ignoring the challenges, but facing them head on - whether it was the intense personal void she felt inside or the awkward conversation with colleagues when returning to work.

We all face challenges on a daily basis, regardless of how successful we may appear in the eyes of others, yet Sheryl Sandberg's example shows us that as human beings we have the incredible potential to overcome the greatest of challenges - especially when we can see how much we can help others to cope with similar situations of adversity. When we are prepared to be open and vulnerable it's amazing how others can do the same for us.

To read all of Sheryl Sandberg's personal Facebook post on the loss of her husband please go here.

To hear what she learnt about herself and life in the subsequent year of grief, this article has an incredibly moving speech she gave publicly to help the next generation.

[whatsapp url="https://www.legends.report/how-a-legend-copes-with-extreme-loss/" title="Thought you'd like this article from the Legends Report, it's a moving story on how Sheryl Sandberg is coping with the loss of her husband."]