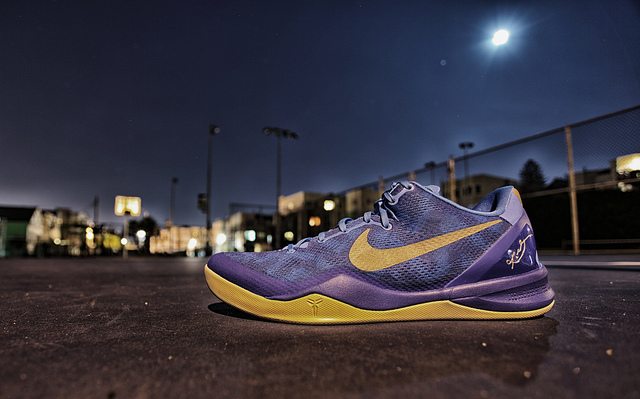 "Don’t ever shrink your dream to fit into someone else’s definition of what’s possible."

What if, by the end of this year, you ended up building a partnership with a global organisation, to help you and them make a massive difference to people across the world, while revolutionising your own life...?

Yes. Matthew Walzer did it four years ago, and he was only 16!

Young Mr. Walzer was a huge fan and customer of Nike, but as he has Cerebral Palsy, he always struggled to tie his own shoelaces. In 2012 Matthew was on the verge of going to college and all set to become an independent young man - except for needing to tie his own shoes. Determined to change his circumstances, he wrote a letter directly to Nike to ask for their help. Not only did they respond, but one of their chief designers, Tobie Hatfield, worked in partnership with Matthew to create something that would affect thousands of people across the world...Here's his story:

1. Be Passionate About What You Want!

The lack of passion kills more businesses and relationships than any other resource (money, time, people etc.). None of it counts if there's no passion. In the video we saw how, instead of just accepting the status quo, Matthew was driven to be physically independent and had such love for basketball, which compelled him to write to Nike.

In the video Matthew actually quotes the co-founder of Nike, Bill Bowerman, in his letter. He knows the company culture, what they stand for, what their mission is, what they strive for. He's not just asking for a pair of shoes. He's showing them he understands them and wants to work with them.

3. Find The Strengths In Your Weaknesses

Matthew is not looking to Nike for a hand out. He knows he has a condition that limits him in some ways, but he knows that by working with Nike, he and they could help millions of other people across the world. He has already spotted the opportunity within his "weakness" before reaching out. It naturally allows for the creative team to compliment that and come up with solutions that Matthew could never have come up with alone.

4. Create a Vision That's More Important Than Either of You

This was one of the Youtube comments from Alana Walker - just one example of what's possible from a creative partnership;

"I'm 22 and have cerebral palsy and find it so embarrassing when I have to ask strangers in shops or in the street to fasten my shoes and people wondering are you for real?! Thanks Nike for taking independence to a new level."

[whatsapp url="https://www.legends.report/how-a-16-year-old-with-cerebral-palsy-built-a-global-partnership-with-nike" title="Thought you'd like this Legends Report article, it's about an example of initiative, passion and creative partnership helping many...."]