Skip to content
Get Your Time Back: The Importance of Saying ‘No’…

Get Your Time Back: The Importance of Saying 'No'... 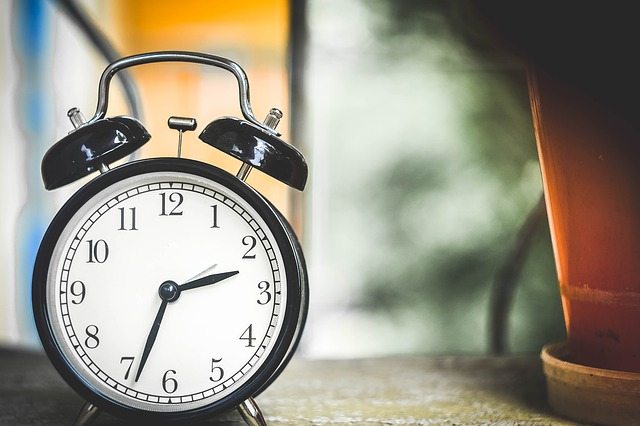 
"You have to decide what your highest priorities are and have the courage - pleasantly, smilingly, non-apolagetically - to say 'no' to other things. And the way you do that is by having a bigger 'yes' burning inside."

Time management is one of the major challenges of modern life. There is so much to do and - seemingly - so little time... Yet we see legends who have the same amount of time as you and I produce incredible things in their lives. The likes of Bill Gates, J.K. Rowling, Mo Farah, all have 24 hours in the day too! So what gives?

Recently we focused on the difference between dealing with urgent things in life and actually taking the time to deal with the important things in life. In this article, we are going to have a brief but very important look at the critical importance of saying 'no' to things and people in life.

Here's the problem - You're saying 'yes' far too much without realising it. One of the most flawed attitudes that we have nowadays, is that if you're busy and you have a lot on your plate, we think it means you're doing really well and succeeding. The reality is we cannot carry on living our lives saying 'yes' to every demand on our time and still expect to survive. We will end up burning ourselves out. Sometimes saying yes isn't even that obvious either. Any of this sound familiar?

"I'll call you back in 10 minutes." (but you forget to because you're busy)

"I can't do it now. I'll get that done tomorrow." (which always gets pushed back to 'tomorrow')

We may not realise it, but we are flat out saying 'no' to the things we really want in life!

“Focusing is about saying no.”

Most of us struggle with saying 'no' - probably because there isn't yet a bigger 'yes' that you can hold proudly onto. I'm talking about a really, really meaningful reason why, like a life-goal, a cause or a mission in life.

Imagine saying to yourself that you're going to leave home early from work once a week, because you've set that time aside to go on a date with your spouse because that relationship is really important to you. Not because your relationship is in crisis, but because if you did that one thing every week, you know you'd have an amazing relationship with the person you love the most.

Or imagine giving yourself just 10 minutes every day to come up with ideas for a project at work or a business in the future. That 10 minutes of browsing online to kill time? Or that 10 minutes of scrolling through your emails? Yea, those can go away. Who knows, you might even find an extra 30 minutes!

“Half of the troubles of this life can be traced to saying yes too quickly and not saying no soon enough.”

By the way...I know this is hard. Really hard. I am learning to get better all the time at saying 'no' to the unimportant things and saying 'yes' to the things that are really important to me. I know at times this can feel like an impossible ask, but as I said at the beginning, there are lots of people out there who have learnt this. As with everything, it is possible, it just takes practice. Have a go at the questions below. Then if you really want to take things further, speak to a mentor-coach by getting in touch at the bottom of the page, or click here for some more questions to help you prioritise your life!