Skip to content
From Syria To The UK: Hassan Akkad’s Inspiring Journey of Hope, Determination & Kindness

From Syria To The UK: Hassan Akkad’s Inspiring Journey of Hope, Determination And Kindness 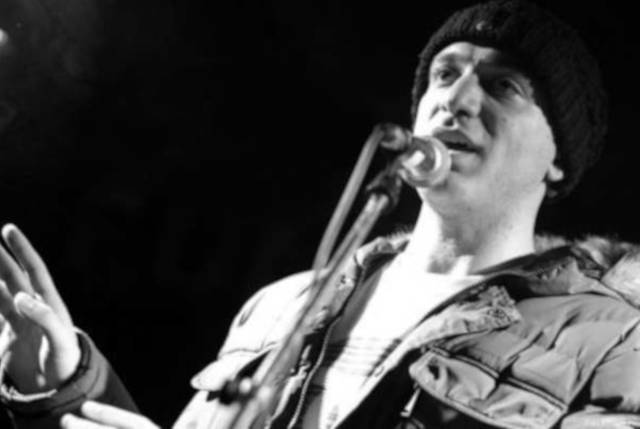 Hassan Akkad is a Syrian refugee, born in Damascus in 1990. This inspiring man has been living in the UK since 2015 and in an arguably more divisive and extreme political climate than we’ve seen in decades. We will follow the different time frames of his life - his early years, his journey from Syria to the UK and his time in London - and how he inspired and educated others throughout these periods. Finally, we will discuss the key qualities that we can learn from Mr Akkad’s experiences and decisions, in terms of how to create meaningful change and keep your strength when the odds are disproportionately against you.

The first twenty-five years of Hassan Akkad’s life were spent in Syria. He was essentially enrolled in the military at the age of twelve, where he wore army uniform to school and was taught how to shoot rifles. He studied English at school (and beyond) and was a keen reader - an uncommon trait among young people in 1990s Syria given that English books were difficult to come by according to Mr Akkad himself. He moved on to teach the language at the age of nineteen, whilst also pursuing photography as a hobby and for some extra income.

This all changed in 2011. When the civil war broke out as a result of reports of fifteen children being tortured by the Syrian government following a joke about their regime, Mr Akkad made the bold and dangerous decision to film and photograph the brutal protests that ensued.

“You could not hear that story and not get involved,”― Hassan Akkad to The Guardian

He was arrested and detained several times for engaging in this way, especially when his images began gaining traction in the media. Eventually, Mr Akkad was invited to dinner with President Assad - an event that he believed would facilitate some change when some light was shed on the torture taking place in the face of the regime. Instead of taking responsibility, the President put him in solitary confinement. Hassan Akkad needed to leave the country for not only his safety, but his life.

Following this terrible time in Syria that Hassan Akkad experienced, he was forced to put his faith in a people smuggler to make the life-threatening journey from Syria to the United Kingdom. This entire journey was filmed, the footage of which later featured in BBC2 documentary “Exodus: Our Journey To Europe”. He spent 87 days illegally crossing the continent through Turkey and into the Calais Jungle, with the last step being the channel in a rubber dinghy that he described as “terrifying and devastating”. Devastating because it made Mr Akkad and the tens of people that he was with feel, “helpless and insignificant”.

Six Years In The UK

When Hassan Akkad arrived in the UK, he lived with a volunteer that he met at the Calais Jungle in Hitchin, Hertfordshire. When granted permission to work, he moved to East London where he met his wife - also a Syrian refugee. His work included marketing for charity ChooseLove, for which he also raised £50,000 as part of fundraising efforts. His passion for TV and media continued to grow and in 2016, his footage from the 87-day journey to the UK won him a Bafta for the Best Factual Series or Strand - Exodus: Our Journey To Europe.

Eleven Months On The NHS Frontline

In March 2020, when the Coronavirus pandemic engulfed the world, Hassan Akkad put down his camera and picked up his PPE (personal protective equipment) to begin working in his local hospital - Whipps Cross in East London - as a cleaner.

Whilst there was of course solidarity within his workplace community, as there was throughout the country at that time, Mr Akkad and his colleagues were disappointed to learn that they were not covered by the government bereavement scheme in place. This meant that if he, or any one of his colleagues not originally born in the UK were to pass away from Coronavirus - as a direct result of working for the NHS - his wife would not be legally allowed to remain in the country.

“I felt very proud. I've never felt this proud in my life before, because I was effectively able to make change this time.”

The fact that Mr Akkad and his colleagues did not qualify for the same benefits as their UK born NHS colleagues, in the midst of a pandemic, led him to create a moving video directed to Prime Minister Boris Johnson - something that would later be accredited as a dramatic weapon in the government’s U-turn in that same week.

Most recently, he has created a short film addressed directly to The UK government which was broadcasted onto the White Cliffs of Dover with the poignant quote: “the only difference between us and you, is luck”. It was not Hassan Akkad’s fault, or any other refugees, that they were born into life-threatening regimes or extreme poverty. In the UK and other well-developed countries, it is easy to forget the luck that we have from being born in a country with, for example, a well-structured government and human rights laws. This luck is something that Mr Akkad never wants us to take for granted.

This article has reflected on the struggles and success of Syrian-born Hassan Akkad. There is a lot to learn from a story like this; he is by no means the only person that has experienced such a turbulent life. He is a true inspiration and demonstrates kindness on the most decent level, empathy, - something that we need even more of in the world right now.

Interview With Hassan Akkad - The Guardian