Skip to content
From Rookie to NBA Champion: Kobe Bryant’s Passion for Learning

From Rookie to NBA Champion: Kobe Bryant's Passion for Learning 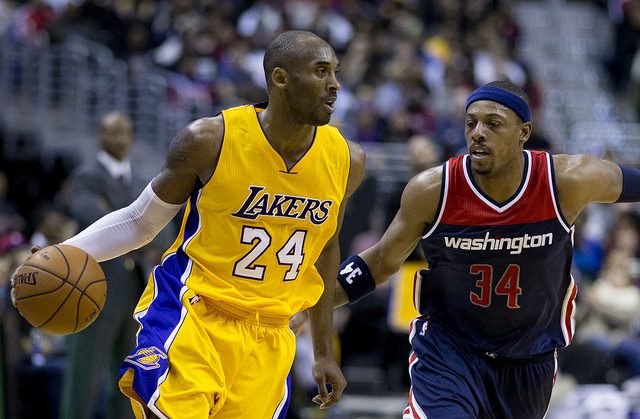 "Sports are such a great teacher. I think of everything they've taught me: camaraderie, humility, how to resolve differences."

Recently we've been looking at how every legend has sought out a mentor or coach to succeed in their field - whether that's Mozart or Tiger Woods.

When you go deeper, you'll see that every legend does this because they have an insatiable thirst for learning in their chosen field - it drives them to succeed. One example of this is the 5 time NBA champion, Kobe Bryant.

Check out the video below to get a glimpse into how much Bryant absolutely loves learning and because of that, how he sought out two individuals who are considered to be among the best basketball coaches - Phil Jackson and Tex Winter. Both Jackson and Winter coached the famous Chicago Bulls team in the 90's that saw another legend, Michael Jordan, along with his teammates, go on to win 6 NBA championships.

At the age of 18 when Kobe started his NBA career, he was already tipped to follow in Michael Jordan's footsteps and become one of the greats. So did he rely on his talent and potential to get him to the top? No! He hunted out the very best insights from legendary coaches to help him and his team succeed. What started out as an innocent cold call to coach Tex Winter, turned into Winter being a core part of the LA Lakers' coaching team, alongside Phil Jackson. With that team in place, Kobe knew that amazing things were about to take place...

And they did. The team since went on to win 5 NBA championships as a stronger team with a powerful work ethic.

What's great to see is how Kobe's attitude developed at this point... Did he sit back thinking he had it all sorted? As he says in the interview, he wanted to learn as much as he could from whoever he could. The hunger had grown. So is it any surprise that he is considered to be one of the greatest basketball players of his generation? Legends love learning from other legends, that's how they become legends in the first place...

[whatsapp url="https://www.legends.report/from-rookie-to-nba-champion-kobe-bryants-passion-for-learning/" title="Thought you'd like this article from the Legends Report, it's about Kobe Bryant's passion for learning to become an NBA Champion"]