Skip to content
Everyday Legends – Standing In the Face of Terror

Everyday Legends - Standing In the Face of Terror 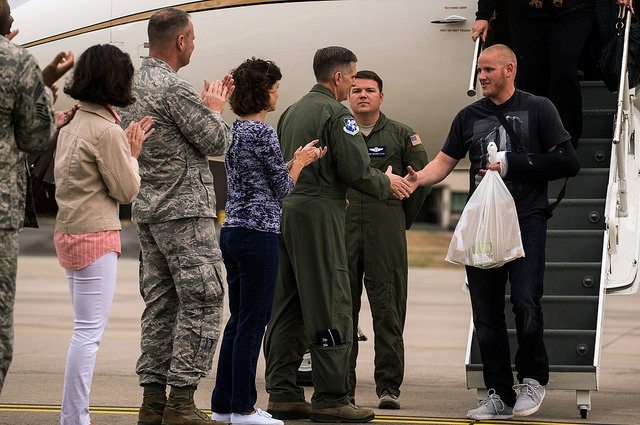 Last week two off duty servicemen, Spencer Stone and Alek Skarlatos, and their student friend Anthony Sadler overpowered a lone and heavily armed gunman firing an AK-47 assault rifle on a packed French train. Had it not been for their brave, fast and instinctive action, many lives could have been lost - thankfully, none were.

What’s most inspiring about the story is not only their bravery in the face of life threatening danger, but the humility these men have shown since the attack. They see that everyone is capable of taking such action and have asked people everywhere to not let fear get in the way of standing up against that which threatens us...

“In times of crisis like that, the lesson would be to do something. Hiding or sitting back is not going to accomplish anything and the gunmen would have been successful if Alek and Spencer had not gotten up. The lesson to be learnt is in times of terror, to please do something – don’t just stand by and watch.”

There will be many situations we face in life where our fear has the capacity to overwhelm and cause us to hide or sit back, as Sadler says above. How much does such inaction cost us in the end though? In the extreme example of the train to Paris, hesitation or lack of action could have led to many people being killed.

Though very few of us will ever need to face down a loaded gun, we all face situations where our fears challenge us to take action that may feel as threatening. It might be speaking in public, asking for a raise at work, changing career, or even telling someone that we love them for the first time. By developing our discipline and willingness to put ourselves in challenging situations way outside of our comfort zone, we enable ourselves to grow, overcome our fears and start creating more of the positive outcomes we are looking for in life. Here's more on the heroic acts of the men...

How do you feel about the bravery of these men?

[whatsapp url="https://www.legends.report/everyday-legends-standing-in-the-face-of-terror" title="Thought you'd like this Legends Report article, it's about how the brave action of Spencer Stone and Alek Skarlatos, and their student friend Anthony Sadler had the power to save lives." ]