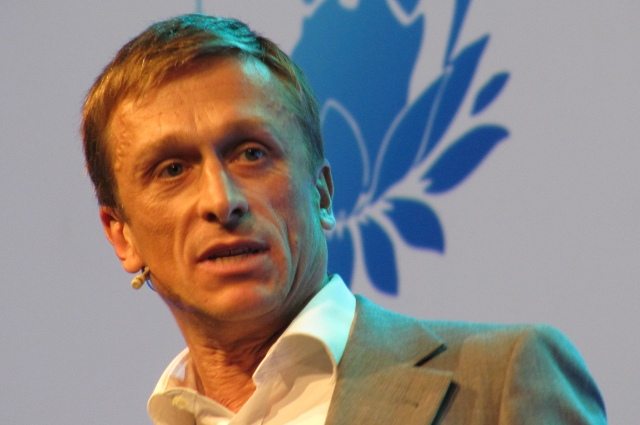 
“He who has a why to live for can bear almost any how.”

How many of us believe that world peace is a goal worth striving for? At the same time, how many of us talk about this idea being an unreachable ideal? Jeremy Gilley decided it was a goal worth achieving so in 1999 he founded the organisation Peace One Day to establish an annual world peace day; 21st September. This was unanimously agreed by members of the United Nations in 2001 and in 2014 the message of peace reached one billion people across the globe.

Here’s a 2-minute introduction to the day…

What made this possible was one committed person relentlessly pursuing his aim and doing what it took to make it happen. In this 15 minute TED Talk, Jeremy passionately shares the journey of establishing a global day of peace; the questions he asked, the challenges he faced and the successes he enjoyed.

Establishing a globally recognised day of peace all started with Jeremy asking questions, beginning with the question “where’s the starting point for peace?” which eventually led to the question that drove his efforts, “how do you create a day voted by every single head of state in the world to create the first ever ceasefire non-violence day on the 21st of September?”

Quite an ambitious goal! This especially when you have no money and a limited network, right? But Jeremy’s determination and resourcefulness led to him achieving this incredible goal through engaging the right people and significantly reducing conflict in some of the most war-torn regions of the world. It shows us that each of us has the potential to make a difference if it is important enough.

At the same time it is clear that this is unfortunately just a drop in the ocean - violence will still take place on this day and is a daily occurrence in communities and homes across the globe. This is a challenge that requires a complete change in attitude so that everyday people, organisations and governments can come together to act in a way that ensures enduring peace for years to come.

If you could wish for peace anywhere in the world today, who would it be for and why?