Skip to content
EVERYDAY LEGEND – From Glamour Photographer To Philanthropist 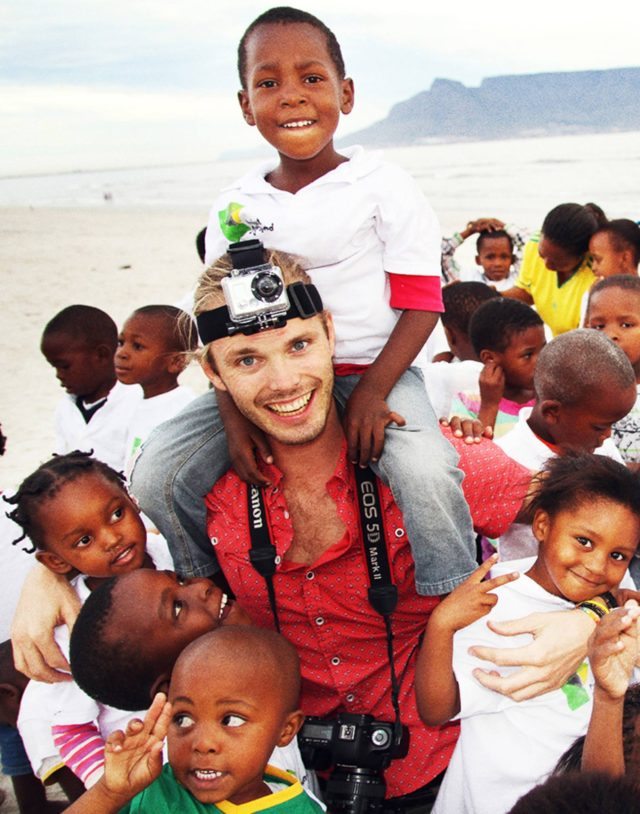 
This is a series about a photographer’s journey to becoming a philanthropist and co-founder of ABC Charity. It is part of a series of interviews with legends and was written by one of our members Ivy Kuo. If you'd like to write or contribute to the Legends Report yourself please email adam.wallis@lig.global.

How many people do you know who dread their 9-5 dead-end job, or feel stuck in an affluent career that’s personally unfulfilling? Have you ever wanted to make a leap of faith to pursue your dream, but were too afraid of the risks? Here’s a story of a photographer from Sweden who was at the top of his industry, but decided to pursue a meaningful path by co-founding a charity…

Just seven years ago in 2009, Filip Cederholm was a full-time photographer with his own production company, YAYA Creative. He led a glamorous career shooting fashion models and commercials for notable companies such as Red Bull. He was a young, affluent, and successful artist within his chosen craft. He was living the “good life.”

As time went on, Filip was struck with a realisation. He started becoming aware of the lack of purpose in his career. He asked himself why he was Photoshopping models to look thinner; thus contributing to the eating disorder and unhealthy body images, rampant amongst the fashion industry. He realised that the work he was involved in was essentially,

Looking back, Filip said in an exclusive interview with the Legends Report,

“It was a fun lifestyle, but with little purpose.”

What is my purpose?

What is the point of all this?

What’s my contribution and my mission?

You might have had similar questions float around in your head too. As you can imagine, ABC Charity didn’t happen overnight. In 2010, Filip made the first major step towards change by selling his beloved playground, his photography studio.

Then he changed his intake of information: instead of flipping through the glossy pages of Vogue, he earnestly studied a wide array of texts, such as eastern philosophy in Tao Te Ching, the wisdom of Gandhi, and the motivational words of author Wayne Dyer.

“Wayne Dyer totally changed my life,” he said. “And the Tao Te Ching was a huge trigger, the philosophy is basically to embrace everything.”

Making a career change is always a challenge, both professionally and personally. Filip was willing to step into that zone of uncertainty, because he knew his purpose lay within it.

Over several months, Filip spent 500+ hours going through hundreds of ideas for his future purpose. Through a coaching program, he was able to set out four parameters for his future lifestyle: he wanted to start a charity, travel constantly, serve children, and most importantly, continue his life-long passion of photography, using it as a tool for positive impact.

Then, Filip brainstormed ABC Charity: an organisation dedicated to kids helping other kids. He wanted to utilise his creative talent of photography for the greater good by starting with the youngest generation of children.

“I wanted to focus my creativity on contribution rather than personal benefit... It’s happiness, feeling like you’re making a difference.”

The Birth of ABC Charity

Through Filip’s years of confusion, change and transformation, ABC Charity (abccharity.org) was birthed by him and his co-founder, Ashley Cooper.

“It’s taken a while but I’m happy it didn’t go faster, because the struggle that we went through is very important... It’s good to go through tough times yourself and struggle, and really being put to the test.”

Now, Filip and Ashley travel to remote towns in countries where they know no one. They spend weeks befriending locals and knocking door-to-door to ask hundreds of children to participate in their massive event: creating a human alphabet composed of only children. Afterwards, 100% of the profits from sales of the cinematic artwork is donated to local charities from that respective country.

“The basis is kids helping kids. Kids are the one that create it, and money goes to other children. Kids are cooperating on a global basis to create a better future,” Filip said.

Filip’s tale serves as a source of inspiration, as we have all experienced the fear of going out of our comfort zones and into the unknown. Whether it’s a career choice or a personal matter, it is only when we challenge ourselves that self-growth and widespread change can occur.

To find out more about ABC Charity, please visit www.abccharity.org.

Please look out for my next article in this series - How 7 human letters were created in 7 countries.