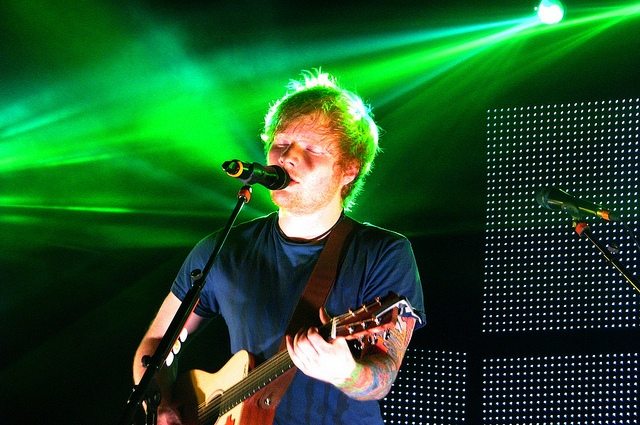 Ed Sheeran is a British singer, rapper and guitarist from Yorkshire. Over the past few years he has reached an incredible and deserved level of success across the world. His single 'Thinking Out Loud' has become the first single to spend a whole year in the UK Top 40 chart. His talent and song-writing ability is recognised throughout the world...

What you may not know however and what you’ll find out more about in this article, is how hard the Yorkshire-born singer has worked over the years to get to where he is; how he has been mentored by Elton John and what he has chosen to sacrifice in order to do what he loves for a living...
So what does the young singer put his success down to?

In his own simple words... "Work ethic."

1. Every Legend Has an Incredible Level of Discipline

As this Daily Mail article notes, 'When he was growing up, his parents limited how much TV he watched "for years we didn’t have TV in the house" and banned electronic games. Instead, they bought him a load of art books and an acoustic guitar.’

He may not be able to play video games, but he does what he loves and is incredibly passionate about his career.

Legends know how to stay away from distractions, which means they can invest the necessary time, effort and money into the important things they know will help them succeed.

2. Behind the Legend is a Mentor

Ed shared with People magazine a wonderful insight into how he is supported by a true musical legend;

"Elton [John]'s continually surprising me with how much he [cares]... He'll ring me weekly just to be like, 'Don't give up. Do this single ... I know you want to do this but do this.'... For him to take so much interest in my projects is really flattering and humbling,"

This is true for every legend! Sports, business, music, whatever field you're in it's essential to find someone who genuinely cares about your success, your follow through, your happiness; someone to mentor and guide you to be better. With Ed's parents and with Elton John, as well as many others, he has had people supporting, guiding and encouraging him along his journey.

Combine that guidance with a high level of discipline to nurture his talent and you have two foundational elements to help you achieve sustainable success in your life.

Here's a touching and inspiring video from Ed's song 'Photograph' to give you a glimpse into his journey...

[whatsapp url="https://www.legends.report/ed-sheeran-on-focus-being-mentored-by-elton-john" title="Thought you'd like this article from the Legends Report, it's on what Ed Sheeran feels is his secret to success and what it's like being mentored by Elton John..." ]