Skip to content
Depression, Mental Health And Our Problems With Society – Where Are We Going Wrong? Part 3

Depression, Mental Health And Our Problems With Society - Where Are We Going Wrong? Part 3 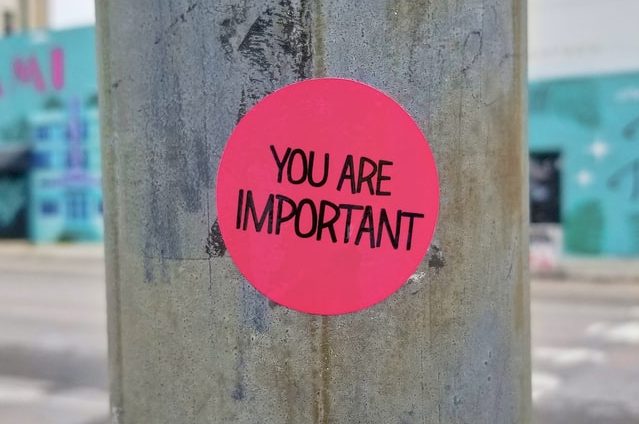 In the previous part of this series, we spoke to a volunteer about their role in a mental health charity  and the help it could bring to those in need. In this 3rd and final part, we will speak to someone who has gone through several different types of therapy and their thoughts on them.

The Difference Therapy Can Make

While the insight of somebody who gives their all to the belief of offering help to those who require someone to listen to them is important, it is as equally, if not more so to know how it is for somebody who seeks help.

I spoke to somebody who has been in and out of therapy for nearly 10 years, who has been through several different options available and spoke openly about their experiences with them. The person in question originally started therapy at a young age on the advice of those close to them. It didn’t become apparent to them until a little later down the line that it is actually what they required for themselves personally. Speaking on their experiences with what they are most familiar with, this being government-funded therapies linked directly to the NHS:

“From my experience throughout the years, the effectiveness of these kinds of organisations are questionable at best. From my personal experience, I have not seen a significant improvement in myself through them. Their structure from when I first went nearly 10 years ago until now has not changed at all.

It seems to be catered more for those with depression in the short term rather than the long term, and it’s sad to see that for a lot of those who need help turn to these government-funded groups for that help to then be put on a waiting list, then what feels like a rushed through therapy cycle that you’re only allowed an allotted time of several weeks before you’re sent back out again. This could work for those who have a depressed mood (short term), but for those who suffer with depression as a disorder (long term), several weeks of this therapy isn’t going to help undo or even ease many years of pain. It does seem that these places steer clear of attempting to really help those in desperate need and just seem to want to get through each referral as they come.

This is no means a way of putting the finger on the therapists and those who work within these kinds of places or those who do find help in the short term, but it really does show that they do require much more funding and resources to operate more efficiently and more effectively, as well as a constant look at their plans of action to alternate and try different methods, even the process as picking up the phone to call them and book an appointment – those with anxiety could be scared to even pick up a phone, and there is no alternate to this, not even email for example and this one basic overlooked example shows that there are flaws and some lack of care to it. Their one recycled therapy method will not necessarily work on every person – depression and mental health is extremely complicated and comes in so many different forms.”

They also went on to detail their experiences with private therapy sessions outside of the NHS. While the experience wasn’t within the timed window structure of the previous organisations, it was more tailored to them personally. However, the feeling they were left with did not give them any more hope. The sessions were obviously pricey, and any effort made to space the sessions out for a more affordable venture was met with a dismissive attitude by the therapist in this case


“Each session I was being told or being diagnosed with something else. It left me at times feeling like I really wasn’t in a good place or that I wasn’t quite sure to believe the things I was hearing. I felt more like a customer, more than a client.”

They did admit and stress that this was their only period with a private therapist, but it did leave a sour taste in their mouth that those in the middle and lower classes could only turn to government-funded NHS organisations, which seemingly didn’t have the backing, but even those who could afford private sessions were being treated for their monetary income rather than their want for help. This is one of the reasons why we at the Legends Report offered tailored mentoring, coaching and counselling in an accessible way to people.

The one place that they remembered having a decent impact on themselves was in fact, a charitable one.

“There was a time when I felt so out of control, that I really felt like if I was left alone, I really didn’t know what I could be capable of. I found my way to a charitable suicide prevention group, and I didn’t know what really to expect, especially from my past experiences. But this method seemed to help somewhat. It didn’t cure me of anything, no, but I was put in a much better place than when I first went in there. I think it really comes down to those that listened to me when nobody else would, pardon the language but they really seemed to give a sh*t. I think that’s what matters. Not that they say they do, but because they actually do”.

We discussed similar topics in society previously mentioned with the volunteer, including the influence of individuals on social media platforms, echoing the “fashionable” side of these topics and what could be done going forward.

“Those on social media really do need to understand what effect they can have on others. And like I mentioned, “actually” caring about others and their situations is perhaps key in this. On social media, many people seem to falsely support mental health help related issues only as a means for ‘likes’ and attention, this is “performative activism” and not actual activism like they may so believe. There are even extreme cases now where people are “chronically online”, meaning that their social media life is their entire existence, and this can also play huge factors into the mental health of those who fall into this trap.”

Going forward, they agreed with what the volunteer argued earlier in the article in regards to mandatory lessons being used in schools as a means of helping those in need from an early age.

“It has to be taught and taught properly to those in school. Especially nowadays with kids growing up with social media as part of their lives from an extremely young age, the wrong information and incorrect perceptions and negativity surrounding it can affect them as their mind grows. If the correct education is in place, we may be able to do something to help those in need early.” 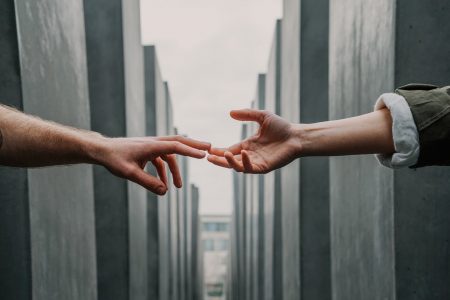 “Depression is now ten times as prevalent as it was in 1960, and it strikes at a much younger age. The mean age of a person’s first episode of depression forty years ago was 29.5, while today it is 14.5 years”. - Martin Seligman (psychologist & author)

With the many different topics discussed in this series from more than one source, we can safely come to the conclusion that while great steps have been made in the progress to understand and combat depression and mental illness, we still have so much work to do. I do. You do. We all do.

Genuine proactive care for each other is required in all walks of life, and if we understand each other, we may be able to understand this topic. While questions arise over what is still the most effective method for those suffering, there are options available. If more of us continued to raise awareness, perhaps more could be done for people. The NHS also is affiliated with non-profit charitable organisations, which are there for you if you are in need of getting thoughts out of your head and feelings off of your chest. Private therapy is available too and while it can be expensive, some do offer reduced rates depending on income. If you would value talking to one of our counsellors here at the Legends Report to see what we can do for you, we are always here to help.

I have mentioned in a previous article how vital it is to care for ourselves and one another, and by that I mean to truly believe in and look out for each other. Everything in this article also comes down to care, and it's something the world as a whole needs more of. We can start by caring for those

The Legends Report has counsellors and mentors who wish to tackle any issues you may be feeling and to help everyone and anyone in need of a listening ear.

With special thanks to those who gave their stories and insight to this series. It wouldn’t have happened without you.

The topic of suicide was briefly touched upon several times in this series, to read more about it, please read this article by my fellow writer Hannah Smith..

If you or anyone you know would value support from a mentor, coach or counsellor in relation to anything in this article, click below to speak to one of our team...