Skip to content
Depression, Mental Health And Our Problems With Society – Where Are We Going Wrong? Part 2

Depression, Mental Health And Our Problems With Society - Where Are We Going Wrong? (Part 2) 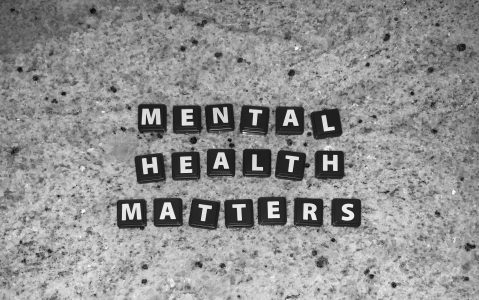 In part 1 of this series on mental health, we took a look at a recent incident on social media that put into question our feelings and understandings of depression, mental health and where we stand in society, and a brief look into the history surrounding the stigma that seems to have always been shrouded over it all. In this next part, we will look into the importance of talking to those who are really there to help from the words of a mental health volunteer.

So, what can we do? To help and to be helped?

With the increase of mental health admissions and rising suicide rates, many mental health charities and government-funded organisations tackling these issues have been founded over the years. Talking with someone who volunteers for such a charity gave me an insight into how a charitable organisation of this kind offers help to those in need. Speaking on behalf of this charity, they explain the recruitment process, what they offer for those in need and from their experiences, what may and may not be working for understanding, treating and creating better awareness for mental health as a whole.

To be able to volunteer for a charity such as this one, there is a detailed and lengthy recruitment process to decide if you are the sort of individual they are looking for. In a place of business that deals with clients over the phone and face to face there may be a set script to follow to interact with them, however, this charity doesn’t follow anything of the kind and uses the recruitment process to put potential volunteers in differing scenarios and role-play (with feedback given) that they may find themselves in when speaking to someone suffering or experiencing anything affecting them mentally, especially in their case helping those that feel suicidal.

However, as a note, they do make a point that they are not therapists and do not offer significant medical advice – they are there as a safe haven, a listening ear for those with seemingly nowhere to turn to. They do not necessarily have to talk about the problems they are enduring, it can be about anything (although they do encourage discussion regarding suicide including suicidal feelings and difficult topics). The volunteer in question did note the bond that is struck between visitors and volunteers. A human connection between the two that is shared may give a bit of hope to someone in need that they might not have been capable of believing before someone offered them an ear to listen to.

The sessions are usually limited to 50 minutes due to the number of visitors on a given day, with sessions available face to face or over the phone. With an average of 200 visitors per month, in the 5 years they have been around, they have managed to speak to 11,000 different individuals.

A situation as simple as a confidential conversation (confined to anonymity) that regularly ends with the visitor’s leaving words as “see you in a couple of weeks” leaves both people just that bit more hopeful for the future.

With their close connection to the topic of mental health, we also discussed where we as a society currently are in regards to response and awareness. What instantly became apparent was the influence and power of social media. It would be very easy to criticize different platforms for the current state they are in, however, we must take a step back and realise that these platforms are entirely made up of actual people interacting with one another, and our actions can have serious consequences.

A point to make especially to those with frequent users and those with an affinity towards the different social media platforms is how they seem to have evolved to all carry “a type” of construct that an average user would conform to.

For example, Twitter seems to carry a weight of being a place where drama is consistently churned no matter where the origin, and seems to be a place where a lot of users seem to be hostile and argumentative at any given moment; TikTok seems to be going down the route of constant “one-up-manship”, where humour is slowly stemming into dark corners, and Instagram on the contrary but still just as damaging – would be fake positive, along with images that are only worth something if they are deemed “perfect”.

Celebrities are also looked up to in this manner where they have a carefully edited perception of who they are and what their life is like, and this becomes the only idea an average individual has of this life. Since this gains the most attention and most praise, others may look upon this as something they wish to strive towards. And ultimately, the vast majority of people will fail, not necessarily because of a lack of effort, but because the idea of this life is only what is perceived. This brings us back to Freud’s idea that some sufferers of depression feel that way because of a goal that is left out of reach, or just simply that it can leave the person feeling as if their life is inadequate in comparison.

Leading from this, the subject of mental health becoming “fashionable” was also a major concern, with the term seemingly being thrown around for many to use who may not understand the severity of such a thing nowadays. It has become so talked about without the proper context that naturally as consumers we take the information as a means of fitting in and conforming. The volunteer had this to say:

“A situation I’ve found more common is that a group of friends as young as those in the early years of secondary school would all talk about their own mental health issues, where one in the group would say they would feel left out as they didn’t seem to think they had any. Contrast that to the years previously where it was usually the opposite for someone to be afraid to speak out about their issues.”

Taking this example and using it for conforming in society, would this eventually lead to people claiming to have mental health issues just so it feels like they aren’t left out?

The problems aren’t just from the modern era either. The stigma that was documented in the previous part of this series still plays its part in the problems of the current day. Stereotypes such as a male needing to be the strong person in a group, or at least not to show any sensitivity plays its part too;

“Girls even at a young age would sit together and talk about their feelings, in themselves, in things, in others. Boys don’t seem to have the same outlet.”

While they do state their own charitable organisation speaks to roughly a 50/50 split of male and female referrals (others in the organisation have stated from their own individual experience that it’s more women, however, these are from their own respective experiences), the example above could be a telling factor in at least a good part of where an issue could lie. Just this one problem could link to the data submitted by the Statista Research Department for suicide rates in the United Kingdom in 2019, posted in March of this year.

Suicide continues to be the number 1 cause of death for males under the age of 40 in the UK.

Figures analysed by The Independent in 2020 also show a huge increase in young female suicide rates since the early 2010s.

Practically going forward the volunteer had this to say:

“I 100% believe there needs to be mandatory lessons in schools much in the same manner as something like sex education is taken seriously. With rising cases of depression and mental health-related issues in younger people now, they need to know about it and what can be done about it and where they can turn to. For this to be taken actually seriously, it needs to be known all over.”

We both came to the conclusion that while words alone seem to be common ground for a good amount of people in the respect of watching what we post on social media and how we even interact with each other in general - actual belief and understanding of the sensitive nature of the situation is absolutely vital. And for those who feel like they have nowhere to turn or nobody to speak to, charitable organisations do exist, and their help can go a long way.

In the 3rd and final part of this series, we will get the perspective of an individual who has experienced several different options of therapy over the years, as well as some concluding words moving forward.

At the Legends Report, we offer a lot of peer-support groups and counselling for anyone suffering with mental health issues. Feel free to get in touch with us below or through our live chat for any help.

If you or anyone you know would value support from a mentor, coach or counsellor relating to anything in this article, please click below...

About the Author: Joseph Coughlan

I observe, I feel, I write.