Skip to content
Depression, Mental Health And Our Problems With Society – Where Are We Going Wrong? Part 1 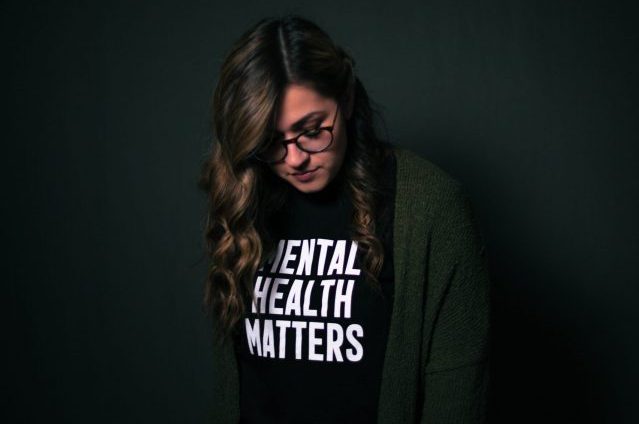 Not too long ago, I received a string of video clips from multiple viewpoints. These videos contained footage of a person completely naked in the middle of the street in an area local to me, running around cars within traffic, standing in front of buses and acting all around irrationally. It became apparent rather soon that many people I knew had also ended up seeing these clips, with varying responses.

However, there was only one response I got that stayed with me, which then made me look upon every other response and question them. One response that to me felt like the correct one. I shared the video with someone close to me, who immediately mentioned that they felt upset watching it, as that could be somebody experiencing a huge mental breakdown.

While I didn’t find the video amusing like some seem to have found it, it didn’t make me think and feel so deeply about it as I do now until I heard those words. The video clips to me then became a criticism of not just those around, but perhaps society as it is today. Through the many different angles – many different phone cameras filming, it seemed to me that the incident meant more to people as a means of entertainment, or as a means to gain phantom respect points on social media, rather than view it for what it potentially is – someone in desperate need.

For the above situation, one could very well attempt to say that it isn’t a mental health scenario and that the person involved was under the influence of alcohol and drugs. While this argument could hold weight, the reaction to it did leave a gaping hole in the perception over the seriousness of mental health and mental illness, and how despite all the progression of highlighting this issue in the previous decades, we may not be grasping this as well as we think we are.

The topic of mental health and its importance to us all has been rightfully identified as an area we need to be monitoring, addressing and looking out for in others and ourselves, however there is still so much more that needs to be addressed and understood from everybody regarding it and how they can help.

With the increase of mental health-related diagnoses, attention in media and regular talk amongst individuals seems to have arisen some responses to the question that this topic and the related issue itself has only arisen within the last few years or so, where this couldn’t have been any further from the truth.

Along with this, mental health issues and illnesses seem to carry a crippling weight of stigma with them to this day, despite the increase of acceptance and awareness from previous times.

A Historic Case of Similarities

It would be easy to assume like many have done in several different aspects of mental health-related subjects that an area such as depression would only be something that was known in its current form in the last several hundred years perhaps. In fact, that would be way off the mark. In their article for the Journal of the Royal Society of Medicine, Edward H. Reynolds and James V. Kinnier Wilson wrote about evidence of depression and anxiety during (as far back as) the Babylonian era:

“Although the Babylonians had no understanding of brain or psychological function, they were remarkably observant describers of many medical disorders and behaviours which we see today and for which they had their own interpretations and treatments."

While in the translated texts they observe and analyse within this article they do not seem to outright diagnose individuals with depression (as they do not seem to have a name for it yet), their symptoms leave a trail to assume that a modern psychiatrist will recognise obvious similarities.

Unfortunately, due to limited knowledge of the subject at the time and a closer affiliation to religion, it became known as a disease that affected the spirit and thus labelled as “a demonic possession” that was dealt with by priests rather than anyone associated with a medical profession. This belief seemed to be spread out amongst all well recorded period histories of the time that included practices to drive “the demon” out, which included physical detriment and harm to the sufferer.

It wasn’t until almost a millennium later in which some Roman and Greek doctors of the time believed that depression was a biological and psychological illness, and instead of the now understandably ridiculous notion of beating it out of people, used methods that may seem familiar in some forms of advice in the modern era, such as dieting, bathing or listening to music.

The belief then moved closer to a medical issue – an imbalance of body fluids labelled at the time as the four humours; blood, phlegm, yellow bile and black bile. The idea was that there was too much black bile in the spleen that then led to depression, which at the time of these impressions was now called melancholia. Melancholia or the feeling of melancholy is defined nowadays as “a feeling of pensive sadness, with no obvious cause.”

Others also believed that the causes stemmed from the brain. These findings did not dispel the demonic connection and harmful barbaric response that loomed over any person that suffered with this condition however.

With the many eras that followed this one, religious beliefs (maybe even misbeliefs) dominated and thus attributed sufferers of melancholia with connections to satanism and witchcraft, and previous centuries of beatings and harsh torture eventually led to socially accepted murder including burning those accused to be witches at the stake.

While doctors continued to study the condition looking for causes outside of the supernatural, these horrendous practises continued until the 1700s. Moving forward from this due to concerns over growing beliefs of an unfair and unjust legal system that these disgusting acts were allowed by, all across Europe and other parts of the globe began to move away from these barbaric actions. Even this didn’t stop a negative reaction to mental illness, as, throughout the 1700s and 1800s, the belief was still carried throughout these centuries that anyone suffering in these respects was less of an individual than others, often being branded as “weak” and was something that was inherited, like a personality trait or a physical illness. It is also interesting to note the advice given at the time in contrast to this and how we also may have heard similar phrases in recent times:

“Treatments such as exercise, diet, music and drugs were now advocated and doctors suggested that it was important to talk about your problems with your friends or a doctor.”

Throughout the 1900s, starting with renowned neurologist Sigmund Freud, the advancement of the understanding of psychology, those suffering from depression took major strides in theories surrounding the condition and plausible breakthroughs and understandings became known to the public throughout the decades through the work of Mr Freud; (biological factors, that some cases can be linked to loss or rejection of one or both parents but not limited to as such, this could be substituted with an unachieved goal from the individual for example), cognitive theorist Aaron Beck (negative automatic thinking, misinterpretations of information and events and negative self-beliefs led to depressive symptoms) and psychologist Martin Seligman (the “learned helplessness” theory – a lack of control leaves people feeling helpless and give up on attempting to change their situation as nothing will make a difference).

After the events of World War II concluded in 1945, psychologists put mental diseases and psychological issues to the top of their concerns and their treatment/prevention of them. This also gave birth to CBT (Cognitive Behavioural Therapy) which is used effectively to this day, as well as the uses of medication that began with Isoniazid, originally purposed for combating tuberculosis which seemed to work effectively with treating depression in some people. This paved the way for the creation of one of the first drugs developed to treat depression: Tofranil (imipramine) which started a train of medications in its wake called TCAs (Tricyclic Antidepressants), and in the decades that followed including Prozac (Fluoxetine), Cipralex (Escitalopram), Faverin (Fluvoxamine) amongst others.

From this point, depression did take a serious turn and became a more relevant topic, especially as decades went by, with other conditions being brought to the attention of society such as when soldiers returning from the Vietnam War in the 1960s and 1970s were being diagnosed with PTSD (Post Traumatic Stress Disorder) for example, and the evolving world (invention of television, the radio, growth and change in the arts) led to the word being spread quicker and further.

Through this relatively brief historical journey of depression to this point, we have seen the condition grow way out of being a demonic possession or a build-up of “black bile” in the spleen, but the characteristics, traits and understanding at least in the behavioural and psychological ways have always been noted and recognised. We may even say that depression has been with us since at least as far back as history began to be recorded, however, it seems we are still fighting for society to understand it to this day.

Going back to the example used at the beginning of this article – yes, we have moved on from torturing and killing people suffering from mental illnesses. It’s just now we seem to have moved into lacking all care for them entirely.

We will examine the potential help of talk groups and letting your feelings known, from the words of a charitable volunteer in part 2.

If you or anyone you know would value any support with mental health or speaking to a counsellor please contact us in the form below or on live chat.

About the Author: Joseph Coughlan

I observe, I feel, I write.