Skip to content
Competing In The Olympics At 32: The Example of Record-Breaking Swimmer Federica Pellegrini

Competing In The Olympics at 32: The Example of Record-Breaking Swimmer Federica Pellegrini 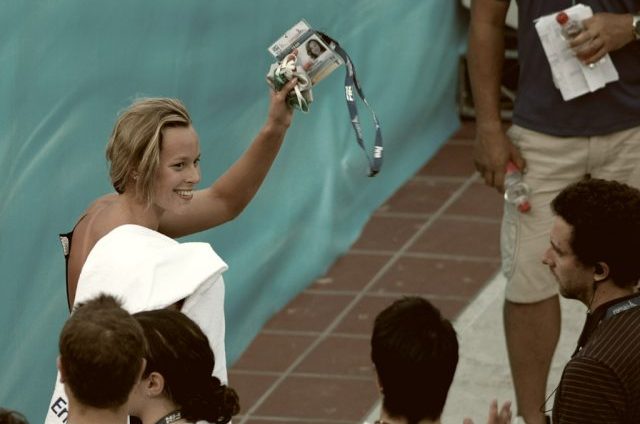 A Free Ticket For Competing In The Tokyo Olympics? No Thanks, Real Athletes Would Rather Deserve It

“I've always won everything on the field through merit.”

Considering how the Covid-19 pandemic has influenced the training of many high-level athletes, some of the best names were selected by the Italian Sports Federation regardless of their preparation to participate in the delayed Tokyo Olympics this summer. Federica Pellegrini a leading Italian competitive swimmer, was among them. However, upon being offered a plane ticket to Japan, she refused. She didn’t want to be picked because of how well she did during her past career. She wanted to truly deserve the Olympic dream.

“I'd like to be chosen in the proper manner; by swimming.”
- Federica Pellegrini

For the Olympic games, the Italian Federation chooses only the athletes who can perform within given time limits. However, the Technical Director retains some discretion and has the ability to select athletes in particular circumstances. Considering how important Federica Pellegrini’s name was for Italy and the fact that her training was slowed down by a Covid-19 infection, she was selected to run (or better, swim) at the Olympics no matter what her performance would have been. Miss Pellegrini, who is 33 this year, still wanted to be truly worthy of the five ringed competition and refused the offer:

When the mind is set on a goal, the body follows: On the 2nd of April, she qualified for the games with a gold medal in the Italian Championship of swimming in her favourite category, the 200 meters freestyle.

An Amazing Career, From Her First Olympics In Athens - At 16 Years of Age,- To Tokyo At 32

The games in Tokyo won’t be the first Olympic competition she has participated in: ‘la divina’ - as she is known by her fans - competed in the 2004 Olympics in Athens, at only 16 years of age, where she reached 2nd place. Later she qualified for the 2008 Olympics in Beijing, where she won a gold medal, in London in 2012, and lastly in Rio in 2016.

During her career, she broke 11 records, of which one still stands unbeaten: 1.52.98 in 200m freestyle. She was the first woman to beat the wall of the four minutes in a 400 m competition, with a time of 3.59.15. She also competed in 11 international swimming competitions and 15 European swimming competitions.

“How do you do it?” a reporter once asked her in shock after winning the gold for the fourth time at the world swimming championships: “I like to struggle”, she giggled.

Peak performance in swimming is usually closer to people in their 20s rather than 30s and the change of generations in this sport, especially at a professional level, is constant. It takes simply a different kind of effort and sheer will to achieve times worthy of the Olympics at the age of 32.

The Ingredients For Success? Discipline And Knowing How To Face Your Fears

At 32 years of age, nothing stops this incredible woman. She has earnt many nicknames from fans and headlines, one of the most creative being; "Grande Dame Of Swimming". However, she is not happy to be nicknamed "Wonder Woman"! Behind those impressive performances, there are tough hours of practice. Not just in water but on land too. In the gym, her trainer helps her strengthen her muscles, which are well visible when she is swimming, an impressive sight to behold.

“I train five hours a day, an hour and a half in the gym. I'm used to the life of a ‘soldier’, my father is a former paratrooper, so I grew up with the concept of discipline.” - Federica Pellegrini

Despite obtaining her first medal at the age of 16, Federica Pellegrini admits to always being scared before a competition. However, this is not the only fear she was able to overcome: she had to face the Covid-19 virus too.

In an interview she admitted to being concerned about her lungs and how the recovery would have affected her professional career, and yet she did not allow fear to gain control over her. According to her statements, the greatest challenge she encountered was overcoming the pain the virus caused, which she describes as worse than any training session she ever had.

“All athletes make sacrifices, but swimming is one of the most demanding sports in terms of preparation. Months and months of training for just one really important competition a year.
A competition that, in my case, lasts one minute and fifty seconds.” - Federica Pellegrini 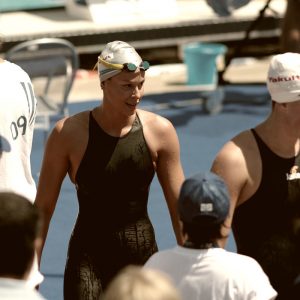 Divina, what can I say?  As a proud Italian myself, I will look with amazement and wonder at your competition in Tokyo, the one you defined as the last of your career. The real lesson from all this is to keep giving our all to what we are passionate about. That no disease, condition, or age should be used as an excuse to abandon our training or our dreams.