Skip to content
The Incredible Story of Colonel Sanders & KFC

Colonel Sanders & The Story of KFC 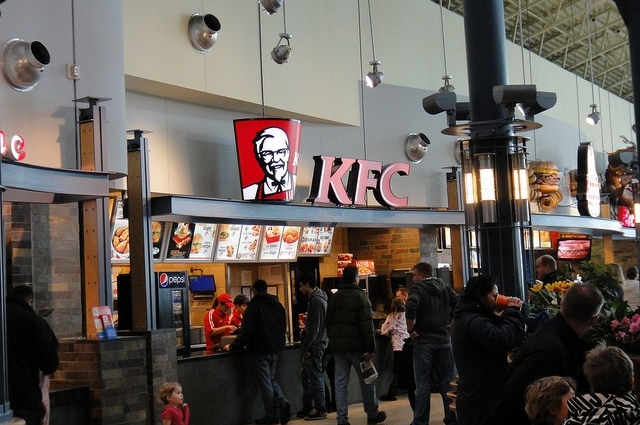 After McDonalds, KFC has the second largest franchise in the world and the white-haired, bearded man on the logo, known as Colonel Sanders, has not changed much since the first KFC outlet was opened in 1956.

Before I started researching the life of the man behind the logo, and the ‘secret blend of herbs and spices’, I was unaware that the KFC meals we all enjoy today would not have materialised if Colonel Harland Sanders, when faced with immense challenges, had not made some key choices when many people would have given up trying!

Underpinning the choices he made were a belief in himself, his work-ethic and his chicken recipe.

Sanders was born into poverty and his father died when he was only six years of age. As his mother needed to work, Harland became responsible for feeding and taking care of his younger brother and sister.

Beginning at the age of ten, he held down numerous jobs including farmer, streetcar conductor, railroad fireman, and insurance salesman.

At the age of 40 he was running a service station and he said because of his early experiences cooking for the family, he felt confident to cook for hungry travellers as his service station was on the main route from Kentucky to Florida.

His chicken was very popular and he expanded to a restaurant across the street. He realised however, that his usual way of frying was too slow for the travelling trade and in order to decrease the wait-time for his customers, he modified his cooking procedure by making use of a pressure fryer. This entrepreneurial choice was key.

In the early 1950s Saunders was forced to retire and sell his restaurant as a new interstate highway was being built, drastically reducing his passing trade.

Saunders found that the government pension was small and he was not prepared to sit still and try and make do. He believed there was an opportunity to market his chicken to restaurant owners across the United States, his second key decision.

So, dressed in a starched white shirt and trousers, he started his travels from state to state and restaurant to restaurant. It is recorded that the sight of this pensioner in his spotless garb amused many and although they enjoyed his chicken, he did not have any positive takers of his offer. However he persevered, and after over 1000 visits, he finally persuaded Pete Harman from Utah to partner him.

He faced over 1000 refusals and after each one Sanders made the choice to continue.

Together Harman and Sanders launched the first Kentucky Fried Chicken site in 1952.

By the early 1960s there were over 600 franchised locations in the United States and Canada.

In 1964 Sanders sold the franchising operation for $2 million.

The franchise business has been sold 3 more times since then.

Harland’s story is an incredible example of never giving up and persevering when many wouldn’t. He had a dream and while he was ridiculed along the way, he has left the business world a lasting legacy.

He gives us a powerful reference that it’s never too late in life to achieve what we want as he was a true late bloomer.

What have you taken from the story of how Colonel Sanders built KFC?

[whatsapp url="https://www.legends.report/colonel-sanders-the-story-of-kfc" title="Thought you'd like this Legends Report article, it's proof that with enough self-belief and persistence, it's never too late to realise a dream..." ]