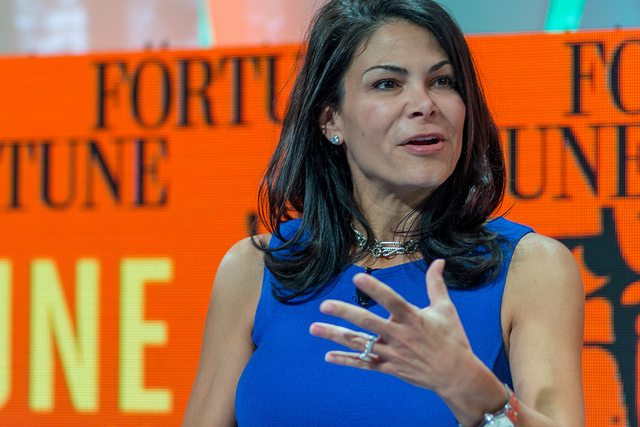 
Airbnb is the global tech startup that has recently been valued at $30billion, and is cited as being the world's largest hotel chain, without actually owning any accommodation! At the heart of the company, is the desire to help break down cultural barriers through house-sharing. Their growth since 2008 has been exponential and the role of the Chief Business Affairs and Legal Officer; Belinda Johnson, has been paramount to this.

Previously she helped Mark Cuban and his team grow Broadcast.com into a business, which was later acquired by Yahoo for $5.7 billion. So what approach has been taken by Ms Johnson in order to help the two companies grow into multi-billion dollar operations?

In an inspiring article on Backchannel, Belinda Johnson and her colleagues were interviewed about her influential role in Airbnb's success. At the heart of this has been her focus on surrounding herself with passionate people, and building her network intelligently; not just developing her technical ability. This is very evident in the way she works...

She Actively Sought Out a Team With Shared Values

Because she resonated with the mission and vision of Airbnb, she actively sought out introductions to the Airbnb co-founders. Her decision was validated, when at a tax hearing in San Francisco she found Airbnb hosts passionately supporting the company.

She also meets Airbnb's co-founder and CEO Brian Chesky each week for dinner. This enables them to discuss the strategic issues affecting the company, that they have not had time to discuss during the work day. Topics range from attracting the right investors, leading the company in an inclusive way, as well as their love of exercise!

She Is Extremely Careful With Who She Hires

Belinda Johnson believes that her team is critical to her ability to get things done. What this means is that she takes her time with any appointments she makes. For instance, it took six meetings over the course of five months to hire her general counsel.

She Trusts Her Team

Because of the time and care she has taken in building her team, Belinda Johnson is keen to empower them to make decisions, and for their success to then be recognised. She is thorough in the way she operates, but ultimately trusts the abilities of those working with her, as explained by one of her colleagues...

"This faith she has in the people she works for and with, has inspired deep loyalty in her colleagues. “She asks you tons of questions to probe your idea,” says Caro, who joined Airbnb from Square two years ago to work for Johnson. “And then lets you decide how far you’re going to go with it.”

She Genuinely Cares About Her Team

This was best exemplified by her response to the terrorist attacks in Paris in November 2015. Airbnb was hosting an event in the city which involved thousands of staff and Airbnb hosts.

"She was at a dinner with roughly 50 Airbnb employees at a bar they’d rented out in the 18th arrondissement...  It was the end of their second day, and everyone was still riding the wave of purpose and success and potential when shortly after 9pm, gunfire and explosions began to ripple through the city. At first, it wasn’t clear what was going on. But within a short period, terrorists were attacking sites all over the city. Johnson could hear the sirens, and a note flashed across her iPhone advising Parisians to shelter in place.

“It was surreal,” Johnson remembers now. “You don’t have time to grasp it fully, because you need to make sure that everyone is safe.” The bartender was also an Airbnb host, and he opened up an empty apartment above the bar to serve as a command center. Johnson texted her family to let them know she was okay, and then she began to organize. As the night unfolded, she convened a call with the founders and senior leaders every twenty minutes. They made sure all 635 employees on the ground in Paris were accounted for, and all 5,000 hosts.

They bunkered in place until the violence had dissipated and they knew every last host and employee was safe. The bartender stuck around, keeping the lights on. That evening, Johnson put employees into cars, one by one. Around 3am, she was among the very last to leave."

She Builds External Connections Before They're 'Needed'

As it has gone global, Airbnb has encountered a number of business and legal challenges. The most effective approach, however, has been to invest in the building of connections - before they are needed. One of Airbnb's co-founders and CEO; Brian Chesky, described the strategy introduced by Ms Johnson, to help the company expand globally and secure millions of investment.

"You meet with cities now so you’ll have a relationship when there’s a problem later, and the same goes for investors. You meet them now so they can start to understand the company and decide if they want to follow you and be with you...

"Early on, I had an instinct we should fight cities," says Chesky. She encouraged him to approach the cities in which they wanted to operate — places like Paris and London and Washington DC — even before Airbnb expanded there. “She reminded me there’s a time for that, but you’re in these cities and you have to collaborate with them. It really changed my point of view."

The One Thing We All Need To Master

There is one thing that separates legends like Belinda Johnson from people who don't succeed. It's one ability that has led to her success, and the success of so many legends - the skill of being able to bring together committed people around shared goals and ideals. It is because of this much sought-after talent that Airbnb is expanding in a collaborative way with its employees, partners, investors and regulators. Whether we are building a global company, a team at work or even a family, our success or failure is determined by how well we understand people; to connect, empathise, inspire, lead and partner with them. Every resource we need to succeed is always linked to a person and our relationship with them.

Here's the full backchannel article that is packed with more insights and definitely worth a read!