Skip to content
C.S Lewis: The Man Who Inspired Me To Write

C.S Lewis: The Man Who Inspired Me To Write 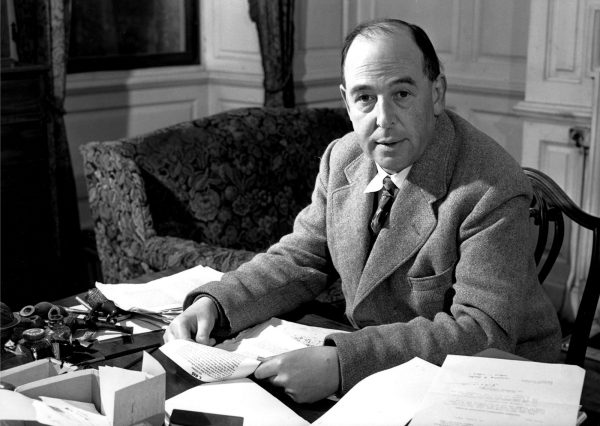 “You can make anything by writing”- C.S Lewis

Clive Staples Lewis was born on the 29th of September 1898 in Belfast, Ireland. When his mother died, his father sent him away to school in Hertfordshire. In 1916, he went to Oxford University and met J.R.R Tolkien. His mother’s death was possibly the inspiration for Diggory’s mother dying in The Magician’s Nephew. Except Diggory was able to save her with a magic apple that led to the making of the wardrobe in the second book.

He’s inspired so many people with his work and is still revered as one of the greatest authors of all time.

C.S Lewis wasn’t always an ardent Christian. But throughout his years at university, he began to understand the fundamentals of Christianity with the help of J.R.R Tolkien.

His radio broadcast during the war to help comfort the United Kingdom through the Christian faith brought a lot of solace for others and acclaim for him. There was criticism of course, but he was trying to keep up the hope of the people who’d lost a lot.

An Inspiration To My Own Work

For me, the Chronicles of Narnia series have always been my favourite books. They’ve always been my main inspiration for writing and reading further. I love the world he’s built and the characters that we can resonate with. Susan has always been my favourite character. I’ve always felt like I understood her and could relate to her more with her strong will, practicality and calm, conflict-less attitude. But as I grew up, I realised that I related a lot to Peter too, for being the eldest, the protective streak, stubbornness and mostly the pressure of being the oldest sibling.

It’s always been a special connection between me and my father because he grew up with the books and the BBC version. Whereas I grew up with the Walden Media films and I’ve watched them so many times. There are so many small details and interpretations in the books that are often forgotten about, especially the books that haven’t been made into films. For example, all the small details in The Horse and His Boy: the style of living in Narnia in their Golden Age and the royal leadership. The journey Shasta takes to discover who he is and save Narnia/Archenland. We wouldn’t know how Jadis (The White Witch as she’s better known)  came into Narnia and where she’s from in The Magician’s Nephew. The White Witch is a well-known enemy of the Narnia series but without reading The Magician’s Nephew, we wouldn’t have known how Narnia was made or how she became Narnia’s villain. As well as the catastrophic events that happen at the end of The Last Battle and all that leads up to it.

It took me a few read-overs to understand what happened there when I read it for the first time. But the way C.S Lewis has written it makes you think about all the things it could mean, even as children or teenagers growing into young adulthood. The only problem with not knowing what happened to Susan or the rest of the Pevensies etc on that train is that fans make their own interpretations of it and we’ll just never know.

I’ve known I’ve wanted to be a writer since I was twelve. I read a lot of different books and I became a fast reader pretty quickly. But I always went back to the Narnia books. All of my notebooks are filled with stories or fanfictions or character ideas.

When I was thirteen, I wrote my first fan-fiction which was my own story in the Narnia universe. I’ve written so many stories with this foundation - going into other worlds, royalty, going into battle…. Then I wrote another short story of my own interpretation of what happened at the end of The Last Battle. It was a bit gritty and hard-hitting but we’ve had to use our imagination in the spaces of the story and I went down that kind of route. I have my own ideas of what happened to Susan: I know C.S Lewis was making a point about people who lose faith in God and move away from religion, but I think she was a misunderstood character who was lost in her grief so she became lost in more frivolous things to distract herself. I don’t think it’s fair to say she was ‘just an airhead’ which is a common opinion of her. The Lion, The Witch and The Wardrobe portrayed her as an average academic, barely reaching her grades. Although, the Narnia films portrayed her as smarter in a practical way. Both of these show her best in her kind and gentle nature, her loyalty and her logical mind which are what matters most.

C.S Lewis created these solid characters and brought them to life so we can debate about them and have our own thoughts about each of them.

I started making my own stories from this, as I progressed further in fan-fiction and became more confident in my own writing and sent some off to competitions. I started an account on Wattpad and I’m still putting stories on that platform. I decided I was going to take Creative Writing at university to better my writing and do exactly what I love to do.

Narnia became an escape, my comfort film, in lonely times and lack of inspiration. It’s always been my go-to film, book or soundtrack. The soundtrack always gives me a boost when I’m writing fantasy.

The fandom is huge and has one of the biggest amounts of stories published on Fanfiction. However, Narnia still doesn’t get as much recognition as Harry Potter, for example (even though that’s still great and deserves the recognition it gets). It’s never taught in schools anymore. I never read it in school and there’s a lot to be learnt from the stories. It’s always a well-known series, for an older generation. But newer generations haven’t been introduced to the books as we have. They should feel the same joy as we follow Lucy through the wardrobe or travel to Ettinsmoor to find Prince Rillian.

The Friendship of C.S Lewis And J.R.R Tolkien

“Tolkien and Lewis were attracted to the genres of myth and romance not because they sought to escape the world, but because for them the real world had a mythic and heroic quality.”

The friendship between C.S Lewis and J.R.R Tolkien was an unshakeable one. They featured as characters in each other’s stories and fiercely debated over many things. One main debate was on religion. Tolkien convinced Lewis to find faith in Christianity and it was only embedded in Lewis furthermore during the war. But really, they gave each other encouragement and inspiration to write, and finish, the stories they’d begun and would give them fame. It wasn’t an easy beginning when they first met, but they soon realised they had a lot in common, and this remained set in stone.

"The unpayable debt that I owe to [Lewis] was not 'influence' as it is ordinarily understood but sheer encouragement," - Tolkien wrote to Dick Plotz.

The Narnia film actors and Andrew Adamson (the director) collaborated closely with C.S Lewis’ stepson, Douglas Gresham to make the Narnia films in the original vision. The magic, the love and friendships in the books into the films. The cast was like a big family, and the four Pevensie actors still are. They’ve supported each other through every achievement, life choice and even as Anna’s (Susan) first child has been born.

The End of The Beginning

“Write about what really interests you, whether it is real things or imaginary things, and nothing else.”

C.S Lewis went on a long journey to get where he was when he’d finished publishing The Chronicles of Narnia books in 1956. Even then, he wasn’t finished on the journey he was taking. He wrote many more books and was a professor at Oxford University when he first met Tolkien.

Books that have inspired children (Narnia) and adults alike (Mere Christianity for example).

While C.S Lewis is well-known around the world he, and the Narnia books, don’t get as much recognition as they should. I remember dressing up as Susan on World Book Day in year five, but no one really knew who I was meant to be. However, I was really excited to be her.

His journey has brought me to where I am now. Without having discovered Narnia, I wouldn’t have found it within myself to write. That I’m able to write and I love to. When I was trying to discover who I wanted to be, I changed my career options so many times throughout my younger teenage years and school options. But when I started to write my own little stories, I realised it was something I was good at. When my teacher wrote feedback on the story I wrote for the exams that it was thrilling, I thought that I had done something exceptional. I had something of an awakening especially when I found I could do a course at university.

So really, I owe everything to C.S Lewis for sitting down and writing those books in the Kilns. Here is the link to the C.S Lewis Foundation for more information.

He’s a true example for me of how I learned from legends which has led me to write this article now. What’s your passion? Who inspires you? Have the Narnia books and films touched you in some way? I’d love to hear your comments below...

About the Author: Chloe Winterburn