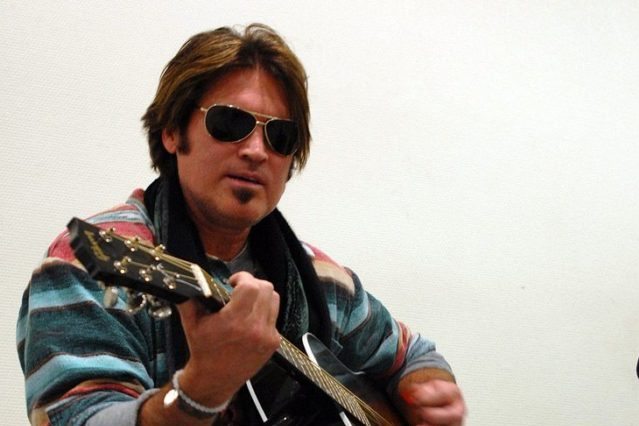 Can you remember the hit song from the 1990's called  "Achy Breaky Heart"? It was sung by musician Billy Ray Cyrus. As Mr Cyrus' debut single, it made him famous and has been his most successful song. It even became the first single ever to achieve triple Platinum status in Australia and was in the top 10 in a number of countries including the UK.  What you may not be aware of is that it took over 10 years for Billy Ray Cyrus to find a record company that was willing to sign him! Up until then, he had worked a number of different jobs to survive whiled he pursued his dream of a music career.

"I didn't think it was going to happen to me.  I was going to be turning 30. All of my buddies had real lives and real jobs and there I was still playing the bars...I got on my knees [in hs church] when a voice somewhere inside of me said "Go to Nashville [to where the records companies were]. I listened..."

This is a wonderful story! Who would have ever thought that so much effort and dedication from someone - went into achieving their initial success. It is a powerful lesson too in relation to the perseverence that is needed to achieve our goals. So often we look at legends and think that while talented, their success would have been easy for them. We often aren't aware of the challenges and self-doubt that they may have faced and how often they wanted to give up too. Billy Ray Cyrus shows us the struggle and desperation that he felt and eventually overcame....before making his dream a reality. Like many legends before him, he listened to the gut feeling inside of him -  and used it to give him the strength to continue looking for opportunities.

Here's a great video on 10 Legends who failed before achieving success...