Arnold Schwarzenegger - "I Am Not a Self-Made Man" 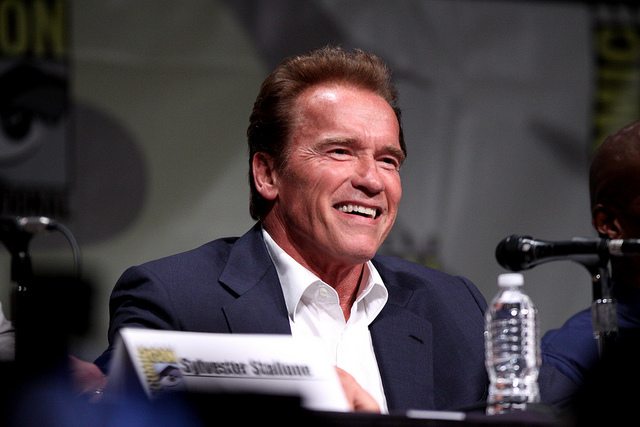 
Arnold Schwarzenegger totally debunks the myth of the self-made man and reveals the mentors who helped him.

How many times have we looked at someone who is regarded as a legend by society, and thought that they had some 'super-power'?! Somehow, they were so fortunate to be born with a special gene - this gene however, has escaped the rest of us.

Arnold Schwarzenegger is often regarded as one of those incredible people; his story is used by many people to motivate themselves into hoping that all their dreams can come true.

Born to humble beginnings, Mr Schwarzenegger became a champion body-builder and then an a-list movie star before moving into politics. This is where he held one of the most powerful positions in the US, as the Governor of California. This state, if it was a country, would have an economy that is the 6th biggest in the world!

Yet in the recent Foreword to blogger Tim Ferris' new book, Tools of Titans Mr Schwarzenegger tells of the reality behind the myth of him being 'self-made' - he was in fact, supported by hundreds of people....

"I am not a self-made man. Every time I give a speech at a business conference, or speak to college students, or do a Reddit AMA, someone says it.

Governor / Governator / Arnold / Arnie / Schwarzie / Schnitzel (depending on where I am), as a self-made man, what’s your blueprint for success?

They’re always shocked when I thank them for the compliment but say, “I am not a self-made man. I got a lot of help.”

But it is not true that I am self-made. Like everyone, to get to where I am, I stood on the shoulders of giants. My life was built on a foundation of parents, coaches, and teachers; of kind souls who lent couches or gym back rooms where I could sleep; of mentors who shared wisdom and advice; of idols who motivated me from the pages of magazines (and, as my life grew, from personal interaction)....

It is true that the mention of it [money] can bring about an immediate loss of awareness... There is a fear that coagulates around that idea of money and that is a fear, I would say, of survival."

Mr Schwarzenegger then goes on to give further details about who helped him and how they did so. It is a fascinating list because each contributed to his success, yet a few of them we wouldn't necessarily regard as coaches and mentors!

"I had a big vision, and I had fire in my belly. But I would never have gotten anywhere without my mother helping me with my homework (and smacking me when I wasn’t ready to study), without my father telling me to “be useful,” without teachers who explained how to sell, or without coaches who taught me the fundamentals of weight lifting.

If I had never seen a magazine with Reg Park on the cover and read about his transition from Mr. Universe to playing Hercules on the big screen, I might still be yodeling in the Austrian Alps. I knew I wanted to leave Austria, and I knew that America was exactly where I belonged, but Reg put fuel on the fire and gave me my blueprint.

Joe Weider brought me to America and took me under his wing, promoting my bodybuilding career and teaching me about business. Lucille Ball took a huge chance and called me to guest star in a special that was my first big break in Hollywood. And in 2003, without the help of 4,206,284 Californians, I would never have been elected Governor of the great state of California.

So how can I ever claim to be self-made? To accept that mantle discounts every person and every piece of advice that got me here. And it gives the wrong impression — that you can do it alone.

I couldn’t. And odds are, you can’t either.

We all need fuel. Without the assistance, advice, and inspiration of others, the gears of our mind grind to a halt, and we’re stuck with nowhere to go. I have been blessed to find mentors and idols at every step of my life, and I’ve been lucky to meet many of them. From Joe Weider to Nelson Mandela, from Mikhail Gorbachev to Muhammad Ali, from Andy Warhol to George H.W. Bush, I have never been shy about seeking wisdom from others to pour fuel on my fire.

You have probably listened to Tim’s podcasts. (I particularly recommend the one with the charming bodybuilder with the Austrian accent.) He has used his platform to bring you the wisdom of a diverse cast of characters in business, entertainment, and sports. I bet you’ve learned something from them — and oftentimes, I bet you picked up something you didn’t expect.

Whether it’s a morning routine, or a philosophy or training tip, or just motivation to get through your day, there isn’t a person on this planet who doesn’t benefit from a little outside help. I’ve always treated the world as my classroom, soaking up lessons and stories to fuel my path forward. I hope you do the same.

The worst thing you can ever do is think that you know enough.”

Wow - what incredible advice here! Arnold Schwarzenegger says it all in these last few paragraphs!! He truly debunks the myth of the self-made man. We all need support and most of us have low times as well as good times. While he admits he has been lucky, he also, proactively, went looking for help. A quote from another legend, the golfer Gary Player reflects this attitude perfectly. He said;

“The harder I worked, the luckier I got!!”

This sums up Arnold Schwarzenegger and most other legends in a nutshell. They have the humility to know they can't do it by themselves, and they know that there is always more to learn however much they achieve. They do so because of the reality behind all of this; we live in an interdependent world. This is a universal truth that all legends recognise... there is literally no one alive who is 100% self-made!

The Surprising Mentors of The CEOs of Google, Yahoo! & More…

About the Author: Jatinder Singh

I am passionate about fulfilling my potential in life and helping others to do the same, so that we can all make a difference to society. I've learnt that fulfilment comes from pursuing a goal that is greater than my own ambitions and having a real purpose. I originally qualified as a Chartered Accountant but it was helping people through entrepreneurship and career development, rather than doing the numbers when I really came started to enjoy myself. I have found that we aren't taught as youngsters how to deal with challenging life situations and so there are many people that on the "outside" are fine, but "inside" really struggle.