Skip to content
Arianna Huffington On Failure, Success & Going for Your Dreams

Arianna Huffington on Failure, Success & Going For Your Dreams 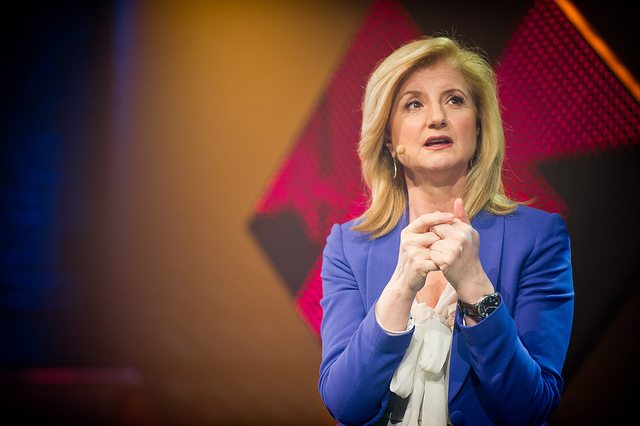 
“Failure is not the opposite of success, it’s a stepping stone to success.”

Arianna Huffington, chair, president and editor-in-chief of the Huffington Post Media Group launched the prestigious news and blog site, The Huffington Post in May 2005. Seven years later it won a Pulitzer Prize for national reporting. At the time of launch, blogging wasn’t seen as favourably as it is today and there were a lot of naysayers about the viability and potential of this idea. In spite of this, Arianna’s keen sense of potential, determination and self-belief (characteristics all legends share), the Huffington Post has become an influential force online.

It was Arianna’s mother that first instilled such a sense of self-belief in her, while growing up in a one bedroom apartment in Athens. In this short clip, Oprah elicits some of her wisdom:

“You talk about the gifts that your mother gave you, what are the gifts you most want to give your daughters”?

Arianna’s answer sheds light on an important point, which is easy to overlook on our quest to achieve what we want for our lives.

Failure and Learning On the Journey to Success

Often it seems like we need to get everything just right before we take a risk and go for what we want. Our drive to give of our best is valuable until it sets into a rigid, fear-based “I have to get everything right” mindset, where we avoid mistakes, vulnerability and uncertainty at all costs. We see through the lens of “Will this work?” before asking more important questions like “What do I really want, what’s my end goal?”.

The irony is our high expectations and aims become impossibly high when we don’t allow ourselves the space for “failing” and learning. It’s through learning, practice, attempting, showing up, revisiting, tweaking, being curious, open, enjoying the process - being playful even, that amazing results are accomplished.

People who have achieved legendary success are typically seen almost as if they woke up in the morning “successful”. Their failures and lessons are easily overlooked, yet it is their response to these that made them who they are. Whether it is by using setbacks as invaluable insights informing next steps, renewing self-belief through deep reflection, or finding the right people and mentors to learn from… legends know how to use failure and its experiential wisdom as a stepping stone to success.

“Failure taught me things that I could not have learned any other way.”

Understanding this can renew your sense of knowing that you can go for your dreams as either way, you’ll gain! 🙂

[whatsapp url="https://www.legends.report/arianna-huffington-on-failure-success-going-for-your-dreams" title="Thought you'd like this Legends Report article, it's about how “Failure is not the opposite of success, it’s a stepping stone to success”. ]