Skip to content
Apple’s $250 Billion Cash Pile – What Global Problems Could It Solve?

Apple's $250 Billion Cash Pile - What Global Problems Could It Solve? 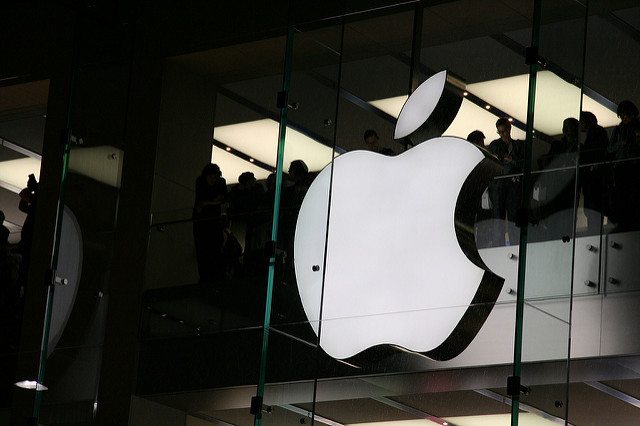 There is an abundance of financial currency to solve global problems, what we need is the human currency to make that happen.

Recently it was announced that Apple has $256.8bn (£198bn) in cash reserves and I came across an article speculating about how many iPhones, football players and luxury yachts could be bought for this sum of money. What surprised me was that there was nothing on the list as to what social good could be done with an enormous amount of money like that!

So, we did some research into which global problems could be solved with this amount of cash. If you don't have an idea of how much money it would take to solve issues that affect millions of people across the globe, then this article will be incredibly revealing! What will amaze you further is the incredible return on investments they will produce...

Problems That Could Be Solved With Apple's $250 Billion... 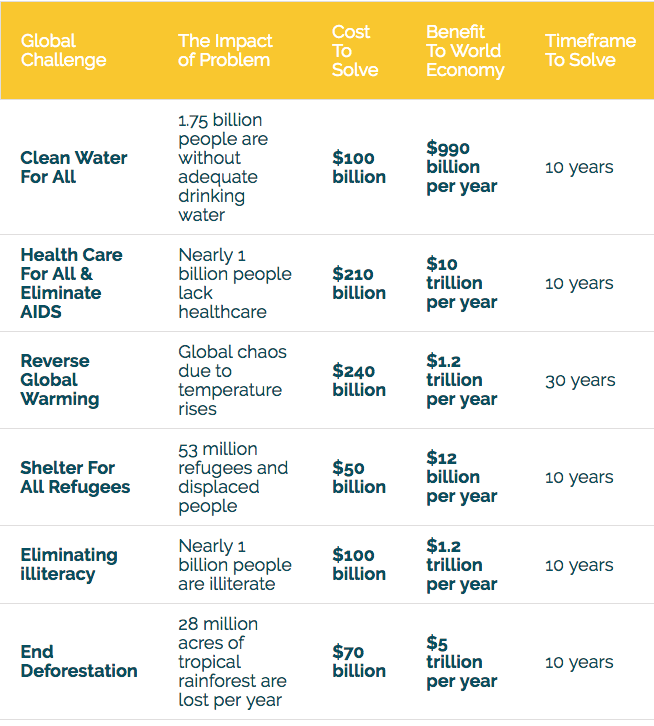 Quite surprising, right? Although we're talking about big sums of money, in the context of the global economy they aren't actually that much. For example, around $1.6 trillion was spent on the military across the world in 2016 and each year more than $20 billion is spent on ice cream in the United States alone!

The stark reality is that collectively we do have the resources, the money and the technology to solve many of these global challenges yet these problems persist, why?

Ultimately the challenge is not about finding the resources required, it's about having enough individual and collective will to solve them! We can direct our efforts to lobby governments, invest in ethical business and support charities, but we must not underestimate our individual ability to make a difference no matter how small that is. Imagine if hundreds and thousands of people all over the world were actively campaigning together to solve some of these challenges in a truly co-ordinated way. While there are many people who care about these issues, many of these individuals and organisations operate largely by themselves. Corporate organisations, especially like Apple have a huge responsibility to give back to the planet in some way and many companies and wealthy entrepreneurs like Bill Gates are already doing this.

When individuals and organisations can come together in this way it can represent a powerful force for change. This is the true power of human currency which is ultimately more important than financial currency.

If you'd like to be involved in taking action and being part of a community network addressing the issues you feel most passionate about, then please register your interest below...

You can learn more about the statistics researched by UNESCO here.