Apathy: The Killer of Humanity? 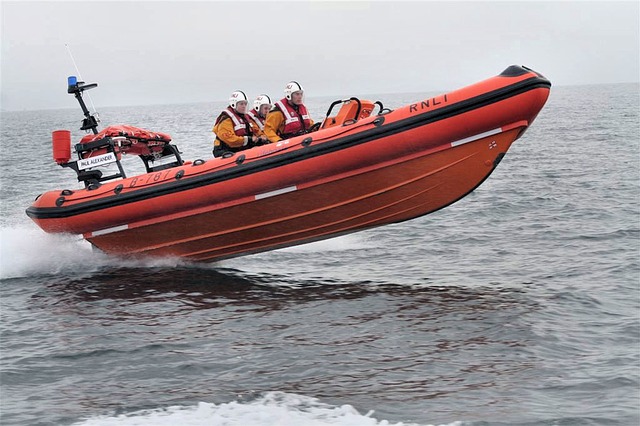 The cruellest assault on the human condition is apathy. Defined in the Oxford Dictionary as, “lack of interest, enthusiasm, or concern,” it's a state of mind that is far too easy to embrace; to pretend bad things don’t occur is much easier than facing them, and in this modern climate of fast news and faster comments, indifference seems the easiest method for people to ignore humanitarian crises.

This isn’t judgement, I've felt this myself, "Why should I care, I have my own problems.". Apathy is easy because sometimes it is harder to feel, it's an unfortunate and unpleasant aspect of civilisation: to forget what we feel is uncomfortable. Add a sprinkle of high-profile figures who dehumanise humanitarian plights, and you now have legitimacy for indifference.

Sadly the wonderful RNLI in Kent has become a taxi service for illegal immigration,

to the dismay of all involved. What a sad state of affairs.”

This is the Ramsgate lifeboat today, rammed full.

Sadly the wonderful RNLI in Kent has become a taxi service for illegal immigration, to the dismay of all involved.

What a state of affairs. pic.twitter.com/udqBi7ZVlW

“I am working to make this route unviable. This involves:

1.Stopping the boats leaving France in the first place.

2. Intercepting boats and returning those attempting to make a crossing.”

I am working to make this route unviable.

This is complex to do and we face serious legislative, legal and operational barriers.

Deflecting the focus to issues of legality, her comments dehumanise the real plight of desperate men, women and children drowning at sea. It can be easy to see why others may follow a high-profile leader when the focus directs us away from human life.

Legality and morality have clashed over the course of our history; Homosexuality was Illegal until 1967, and same-sex marriage was only legalised in 2014. Today, the idea that either could ever have been illegal is baffling. When I ask why, this is the difference between legality and morality; morality is based on independent will, and independent of exterior influences. And this clash between the hostile voices of legality against the RNLI morality is intriguing. And the RNLI haven’t been silent. In sublime fashion to this negativity, they replied in kind:

“Our role in this is incredibly important:

simply to respond to a need to save lives,”

In a heart-warming insight into our compassion, the RNLI saw a 3000% rise in donations (myself included), and a plethora of support. It has shown that between the heroism, and high-profile condemnation of illegal immigration, the human story shines through. We see the abject desperation of fellow human beings and feel the desire, the need to help. And now, Afghanistan faces an immense humanitarian crisis, this tale of compassion, and hope deserves to be discussed in greater depth.

We must ask ourselves, in light of overwhelming compassion and generosity, why is indifference such a visible format in the news and social media? Former UNHCR chief, Sadako Ogata stated:

Sadako Ogata doesn’t deride the benevolence of charitable efforts, but the dichotomy of core humanitarian principles and political interests. Charities cannot bear the full weight of a crisis, it must instead rely on coordinated efforts by all humanitarian organisations, NATO, and other militaries. Simply put, everyone has the responsibility to bear the weight of humanitarian crises. Yet what does this have to do with apathy?

I argue that apathy has been used as a tool for inaction. If official figures don’t show compassion, it doesn’t galvanise others into action.

“Government is at its worst when you have apathy from its citizens.”

In a world of superpowers and billionaires, powerlessness can often be an overwhelming sensation. This is a first in many generations, where protests and marches don’t achieve what they once did. To see so much poverty and misery, streamed directly into our pockets with the apparent inability to help in any significant way can be a burden in itself; to wonder what could I do about this, and come to a conclusion of absolutely nothing.

It is a small sense of failure on our part. Apathy is a way out, it taps into a psychology that preys on the powerlessness of a populace; you can’t do anything, so why bother? It is a comfortable space, a self-defence mechanism from the horrors of the world. Also, it takes responsibility away from those whose job it is to take responsibility.

So, How Do We Tackle This? How Can We Overcome Apathy And Become Empowered?

1. Do Not Give Up On Our Humanity

I believe that not giving in to despair is key. If the RNLI saga has taught me anything, it is that our empathy, as a whole, is still very much alive. The abundance of donations and compassion shown, without need for online commentary was newsworthy, a modern-day signal fire that we are not alone in our compassion.

“Instead of worrying about what you cannot control, shift your energy to what you can create.”

Our mindset is split into two types: fixed and growth. A fixed mindset is “If I don’t try, then I won’t fail.” Whereas a growth mindset represents “I only fail if I stop trying.” Our mindset is the most powerful way of changing our perspective on the world. If we focus on growth, we can change and create new and positive environments. Should we focus on the negativity, the apathy of others, or ask ourselves; is there a way to change this perspective?

According to Oscar Wilde;

“Most people are other people. Their thoughts are someone else's opinions, their lives a mimicry, their passions a quotation.”

When it comes to online comments, I’ve always found controversy draws more attention. Yet, does this mean it is a popular consensus? Whilst you may see apathy online, are they really as dispassionate as they seem? If they were to ever to face these situations, would they show such dispassion, or would their humanity shine through?

4. Believe In Your Voice

We are capable of making a difference through our empathy. One voice, or one small donation may feel insignificant, but a million others like it turns a small voice into a chorus of humanity. None of us are insignificant, or unable to help in even the smallest way. We must not be afraid to speak out, to write, or donate.

In my own search for empowerment, I came to the Legends Report. Tired of only sending thoughts, prayers, and an occasional donation, I wanted to be more than a singular voice, part of an organisation that empowers and encourages learning and connection. For me, I want this article to be the beginning; a stepping stone to connect and grow. Their ethos of learning from success and failure was something I feel deeply about. We can fail, but we can try again. We may lose hope, but within a community we can always find it again, and help others to find theirs. Get in touch below if you want to be part of that community.

“We rise by lifting others.”

For more information about refugee action, follow the link:

About the Author: Jordan O'Boyle

Writing is my companion. In a very human way, it can be atrocious or triumphant. From the wee hours when sleep beckons, and “that perfect line” comes, or the stubborn blank page staring back at me for hours; it is always there. The freedom to write about my passions, social inequality, mental health or societal issues is something I hold dear. The Legends Report ethos of creating positive and supportive environments compelled me to write for them, and be part of a greater humanity project.