Skip to content
Adidas vs. Puma: The Bitter Rivalry of Two Brothers

Adidas vs. Puma: The Bitter Rivalry of Two Brothers 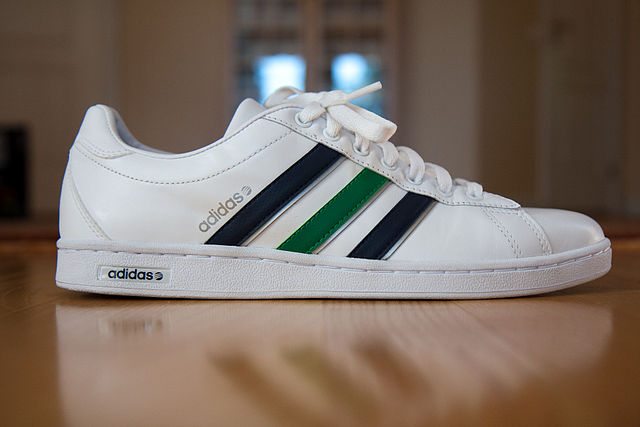 
You might have experienced it yourself, someone close to you, a family member, a partner, a good friend, who for some reason, always seems to wind you up. They just know how to push your buttons and get under your skin.

That is exactly what happened between the two brothers who founded two of the biggest sporting brands in the world, Adidas and Puma. While on the surface, these have been two very successful companies, the bitterness and rivalry between the brothers is a shocking story that we could all learn from...

Adolf (Adi) and Rudolph (Rudi) Dassler were two German brothers who became businessmen in the Second World War. In the 1920s, they started as partners in the Dassler Brothers Sports Company, and even got Jesse Owens to wear their shoes during the 1936 Berlin Olympics.

The success created new tensions in the brothers’ relationship, already strained by the fact that their families lived in the same villa despite their wives not getting along... during World War II when the Allies were bombing Herzogenaurach... Adi and his wife climbed into a bomb shelter already occupied by Rudi and his wife, he exclaimed, “The dirty bastards are back again,” referring to the Allied forces. Rudi was convinced the remark was directed at him and his family. A feud — one of the most epic and, well, Biblical in business history — was born...

When Rudi got called up for service, he suspected Adi and his wife had schemed to get him sent to the front so they could have him out of the way at work. Later, Rudi was arrested first for deserting his post and then by the Allies on suspicion of working for the Gestapo. On both occasions, Rudi was convinced that Adi was the one ratting him out, his suspicions confirmed by a report filed by an American investigating officer. While Rudi languished in a prisoner of war camp, Adi rebuilt the business.

It may sound insane but this is something almost everyone experiences. We think that someone in our lives has an agenda, they're out to get us or they're just deliberately annoying us! And if it's not dealt with head on, it can go on for the rest of our lives and have huge consequences...

'Cutting Your Nose Off To Spite Your Face'

In 1948, the two brothers split the company. Adi formed Adidas, while Rudi formed Puma. Now, you might say that competition can be healthy and spark innovation, which it does. But at what cost? Again, as Fortune reveals,

While Rudi had the sales staff and was better at moving product, Adi had the technical know-how and better relationships with athletes who could provide exposure, tipping the scales in favor of Adidas, with Puma constantly playing catch-up. However, in focusing so heavily on each other, both the companies were slow to react to the threat of Nike, which would come to dominate the athletic footwear industry, leaving them far behind.

Because the brothers were so busy trying to be better than each other, they ended up both losing out. So yes, while competition can be healthy at times, the highest form of success lies in the principle of Creative Cooperation! It's how great teams grow, it's how companies unite departments instead of fool around with office politics. It is rooted in taking the time to understand other people instead of make assumptions. In looking for a way for everyone to benefit instead of just looking after ourselves. It requires an inner strength, an inner security in ourselves to realise that life is actually better when we make efforts to build relationships rather than let them rot like a cancer.

Not Waiting Until It's Too Late...

It wasn’t until 2009 when employees of both companies symbolized the end of six decades of feuding by playing a friendly soccer match [for Peace One Day]. By then, the Dassler brothers had both died, within four years of each other. Even in death, the animosity continued as the brothers were buried at opposite ends of the same cemetery, as far away from each other as possible.

You can read the full story of the Dassler brothers' rivalry here.